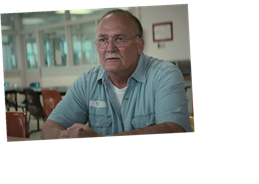 Tommy Ward, one of the subjects of Netflix’s true-crime doc series The Innocent Man, is a step closer to freedom after a judge vacated his conviction.

This comes a year after his co-defendant Karl Fontenot was released from prison for the same crime and two years after the show aired on the streamer.

On Friday, the District Judge Paula Inge in Pontotoc County, vacated the convictions and sentences against Ward, dismissed the charges and ordered his release from Dick Conner Correctional Center in Hominy.

Deadline understands that the state can still appeal if it wants to so it’s unclear when he will be released, but it’s another big statement of the power of television on true-crime cases.

You can read the post- conviction findings and conclusion from The District Court of Pontotoc County here.

Directed by Gleason’s Clay Tweel and produced by Ross Dinerstein’s Wheelhouse-backed Campfire, the doc explores the case of how the pair were convicted and sentenced to life in prison for the kidnapping and killing of convenience store clerk Donna Denice Haraway in Ada, Oklahoma between 1982 and 1984. The pair were convicted in 1985 after the state used a dream scenario as a confession.

The series explores how both cases, which were prosecuted by the same District Attorney, Bill Peterson, involved a number of mistakes and shady legal practices including exculpatory evidence kept from the defence and manipulated, coerced false confessions,

Two other men, Ron Williamson and Dennis Fritz were released after 11 years in prison with Williamson released five days before he was due to be executed. It took longer for Fontenot and Ward.

“The Pontotoc County District Attorney’s office relied solely on investigators to provide it with the evidence needed to prosecute the case without questioning whether the investigators had turned over all exculpatory and/or impeachment evidence. The investigators seem to have taken on the roles of prosecutor, judge and jury, determining that the only ‘relevant’ evidence was evidence which fit their theory of the case,” wrote the district judge.

Last December, Dinerstein told Deadline how the show helped shine a light on the case. “What ended up happening was we made the show and people were pretty shocked by it. What the show did was put a spotlight on these cases, it was pouring gasoline on the fire. I’d occasionally catch up with the attorneys or Tommy’s brother and for the first time last February, these guys started to become positive and they had never been positive.”

Dinerstein paid credit to the pair’s attorneys as well as Netflix. “Netflix really put a spotlight on these cases and I think it really did accelerate everything with Karl and Tommy. Tommy’s case [was] a lot slower because his case is in the state court rather than the federal court,” he said. “If this had been on a traditional network, the episodes would have aired over six weeks and then disappeared.”