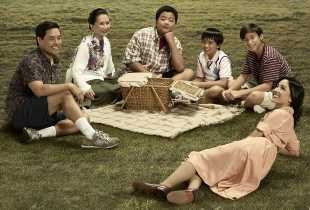 ABC is looking to expand Fresh Off the Boat into a franchise: A spinoff of the long-running comedy is in early development at the network, per The Hollywood Reporter.

The offshoot — written by FOTB supervising producer Rachna Fruchbom — would feature a new cast and central family rather than spinning off a current character from the show. No other plot details are available.

* Nickelodeon is developing a TV series based on the Garfield comic strip, per The Hollywood Reporter.

* A series adaptation of the 1997 sci-fi horror film Event Horizon is in the works at Amazon, our sister site Variety reports. The movie, which starred Laurence Fishburne and Sam Neill, was about a spaceship that had traveled to a hellish dimension outside of the known universe and was infected with a sinister sentience.