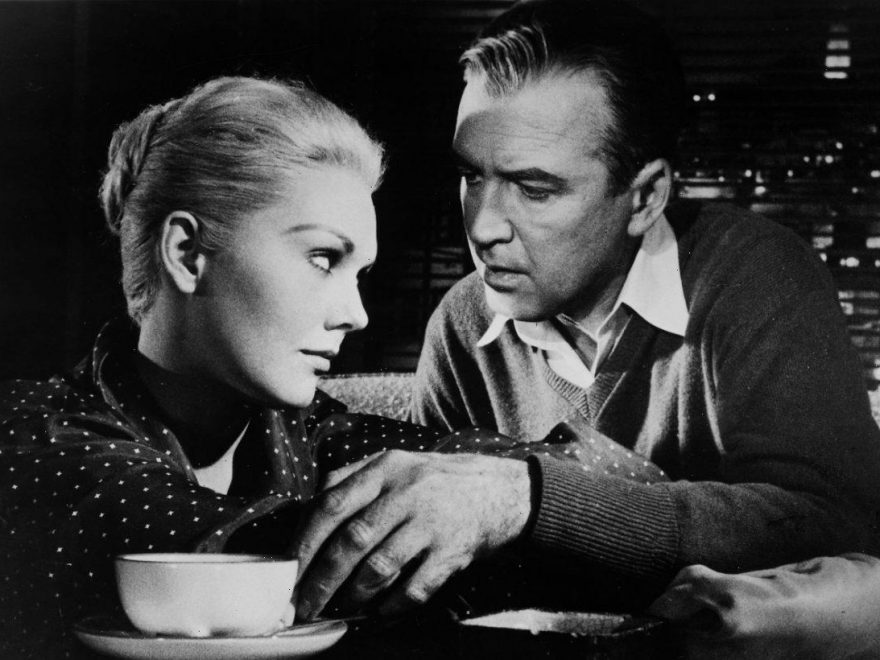 The Alfred Hitchcock classic Vertigo (1958) can get its hooks into you in so many ways. If the unfolding of the tragedy in the opening scene doesn’t grab you, the hypnotic sequences of Detective John “Scottie” Ferguson (Jimmy Stewart) driving through San Francisco — or maybe the greatest plot twist in the history of cinema — surely will.

Indeed, Vertigo is one of the few films that has it all. With so much going on, viewers barely get a moment to process the film’s most mystifying scene. It occurs during Ferguson’s tail of Madeleine Elster (Kim Novak). While Hitchcock never explains how Ferguson survived the opening scene, Madeleine’s disappearance at the McKittrick Hotel is even more baffling.

By the time Madeleine (Novak) stops by the McKittrick, Ferguson (Stewart) has seen her make the rounds. She’s bought a bouquet of flowers using a shop’s back entrance; visited Carlotta Valdez’s grave at Mission Dolores; and checked out Valdez’s portrait at the Palace of Legion of Honor.

You might laugh at the conspicuousness of Ferguson’s tail at points, but you can expect someone supposedly as haunted as Madeleine to miss him in her shadow. Once we get to the McKittrick Hotel, however, all bets are off.

She parks her car out front (the corner of Gough and Eddy), goes inside, and appears moments later in the window, where she pulls up the shade of her street-facing room. Ferguson goes inside for information from the concierge (Ellen Corby) only to learn Madeleine’s not there. According to the concierge, “Miss Valdez” hadn’t been there at all that day.

Alfred Hitchcock suggested a reason for Madeleine’s disappearance in ‘Vertigo’

To attempt to explain the disappearance of Madeleine, you’re almost forced to wade into Vertigo interpretations. If it didn’t happen — if it was a figment of Ferguson’s imagination — then what else has he imagined? Had he actually seen her go into the flower shop? Maybe that explains how she missed him at Mission Dolores?

Obviously, Hitchcock’s explanation takes care of the practical matter of the disappearance. Nothing supernatural was afoot, and Ferguson didn’t imagine it all on his own, either. But that doesn’t explain why Gavin Elster (Tom Helmore) would make that move as part of his murder plot.

That is, unless Elster’s goal was the ultimate mindf–k of Ferguson. If Elster wanted to get Ferguson thinking he couldn’t believe anything he saw — that he, Ferguson, was already on the verge of mental collapse — then it would have been one method. Whatever it was, the scene lingers in the imagination as much as anything in Vertigo.