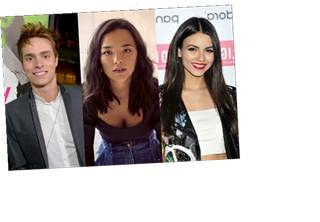 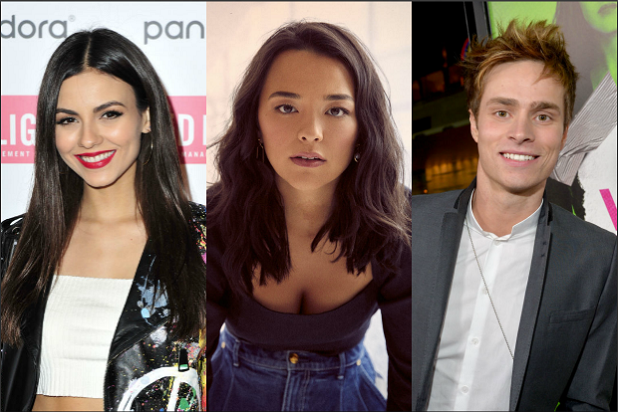 Actress and singer Victoria Justice (“Victorious,” “Queen America”) and Midori Francis (“Good Boys,” “Dash & Lily”) are set to star in “Afterlife of the Party” for Netflix, TheWrap has exclusively learned.

Also joining the cast is singer and songwriter Spencer Sutherland, who will co-star in and write original music for the film.

“Afterlife of the Party” centers on a social butterfly (Justice) who experiences the biggest party foul of all… dying during her birthday week. To her surprise, she’s given a second chance to right her wrongs on Earth by reconnecting with loved ones, and most importantly, prove that she’s worthy enough to get into the big VIP room in the sky.

Stephen Herek (“Mr. Holland’s Opus,” and “Bill and Ted’s Excellent Adventure”) is set to direct the project. The screenplay is written by Carrie Freedle whose credits include “The Christmas Heist,” “Winter Love Story,” and “My Secret Valentine.” Robyn Snyder are Deborah Evans are producing the project.

Production is set to start later this fall subject to COVID-19 shooting protocols.

Justice broke out on Nickelodeon in the 2000s, starring as Lola Martinez on “Zoey 101” and later as Tori Vega on “Victorious.” In 2015, Justice starred as Lindy Sampson, the lead role on the MTV television series “Eye Candy.” On the music side, Justice has recorded several songs for the soundtracks on acting projects including “Victorious” and Nickelodeon musical “Spectacular!” Justice is repped by and UTA and Jackoway Austin.

Francis, best known for starring in 2019’s “Good Boys,” is currently shooting “Dash & Lily” an eight episode romantic series also at Netflix. Her other credits include 2018’s “Oceans 8” and TV series “Gotham.” Franics is repped by A3 Artists Agency and One Entertainment.

Sutherland is best known for participating in the 14th season of “The X Factor,” and recently released a music video over the summer for his latest song, “Help.” Sutherland is repped by UTA, Leslie Armour, Ryan Daly at Zero Gravity Management, and attorney Joe Serling at Serling Rooks Hunter McKoy Worob & Averill, LLP.