Netflix wrapped up season two of Virgin River at the end of last year and fans are desperate to find out Jack Sheridan’s (played by Martin Henderson) fate. The veterinary heartthrob was shot in the final scenes and left to bleed out on the floor. While many are wondering who pulled the trigger, it seems Jack will feature in season three after a casting announcement on IMBd.

Based on the best-selling book series by Robyn Carr, Netflix has renewed Virgin River for a third instalment.

While there is no official release date, fans are expecting it to return by the end of this year, and hopefully with 10 new episodes.

But what is going to happen in the new season? Hopefully, Jack being rushed to hospital and surviving the shooting.

According to IMBd’s page for Episode #3.1, a new member is joining the cast. 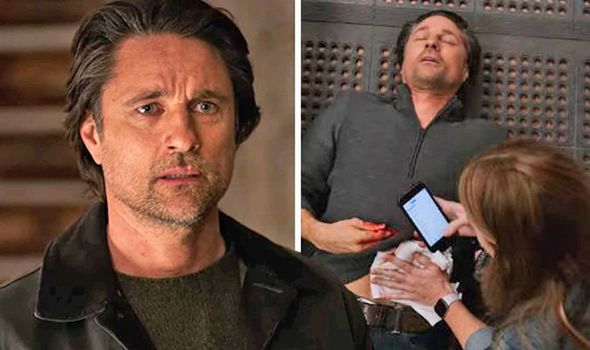 ER Nurse #1 has been listed and is set to be played by Keren Burkett – will she be the one tending to Jack while he is in hospital?

And it seems Jack may have a visitor in the form of his sister while he recovers.

The ‘Episode credited cast’ list names Zibby Allen as the actress playing Brie, who is supposedly Jack’s sister according to Deadline.

Keren and Zibby are not the only newcomers as Lynda Boyd has reportedly been signed up to the show to play Lilly, Tara Anderson’s (Stacey Farber) oldest daughter who helps care for her baby sister, Chloe. 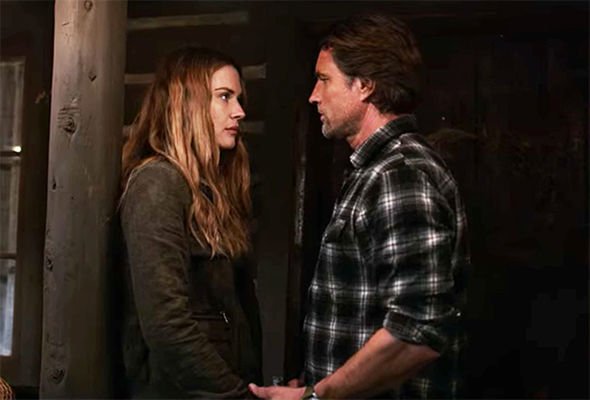 As for the overall future of the show, showrunner Sue Tenney previously spoke out about how many more seasons there could be of Virgin River.

During a conversation with TV Line, she said: “Ultimately, the way I look at the show is that we’re going to get as many seasons as we get.

“And when we get to that last season, we want them to be where [Robyn Carr] has them.”

With the show based on the books, does Jack die? Robyn Carr has written 21 Virgin River books so readers know what could be in store for viewers.

Sue recently said: “If you have read the books, we all know that Jack and Mel are destined to be together.

So it seems Netflix won’t be killing off Jack anytime soon but they will be tested sometime in the future.

She also said: “In life, relationships are tested by internal and external conflicts–often over and over. Mel and Jack are no different.

“The question is will they be able to persevere? I think we are all rooting for them, but relationships are complicated and these two characters have a big mountain to climb, even though they share a deep love and emotional connection.”

It comes after the actor who plays Jack spoke out about what a “delight” it was to play his character.

“I think as an actor your job is to entertain. Of course, there’s all sorts of reasons people take jobs, right?

“And I think to get a response that’s been as overwhelming as it has been, and so positive, and the passion of the fans is delightful.

“I think it makes one feel that we’re doing a good job, that clearly our efforts are being appreciated and people are being entertained or maybe even moved. That’s really all you can ask for,” Martin told Parade.

Virgin River season one and two are available to watch on Netflix now.