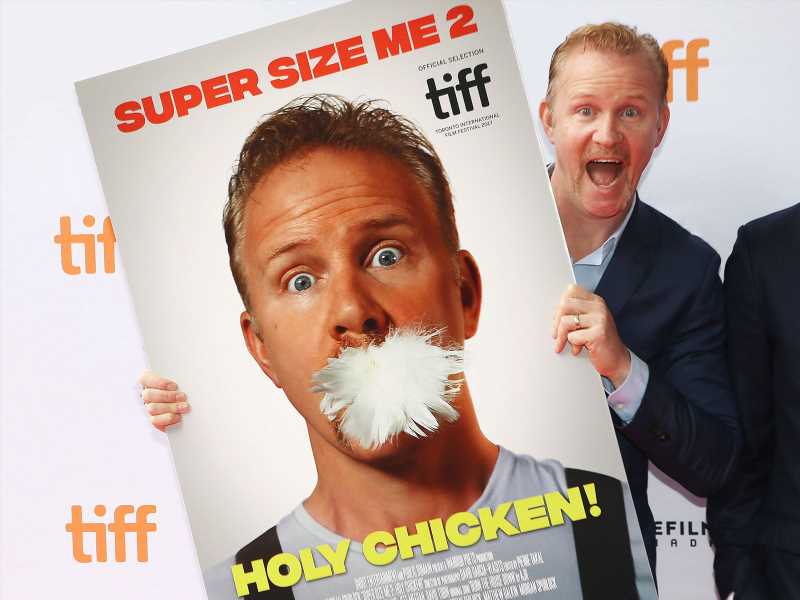 13 years after his documentary Super Size Me brought about a horrified conversation surrounding the fast food industry, Morgan Spurlock is ready to take it all on again in Super Size Me 2. This time, Spurlock is going behind-the-scenes of the chicken industry to try and mount his own fast food restaurant, uncovering the unsavory details that go into a successful one.

In the PEOPLE exclusive trailer, Spurlock, 48, goes after restaurants that tout food as “healthy” and “organic” while still using some of the same practices as ever. From getting his own chicken ranch to finding the right space, Spurlock attempts to create a restaurant where consumers aren’t lied to about what exactly goes on behind the counter.

“Has fast food truly turned a corner? To find out, I could go back on an all fast-food diet, but something tells me this calls for a different approach,” Spurlock says at the beginning of the trailer, before divulging his plan. “I want to start my own fast food restaurant.”

RELATED: Super Size Me 2‘s Morgan Spurlock Goes ‘Behind the Register’ to Expose the Fast Food Industry from the Inside

“The original Super Size Me was kind of all about fast food from the consumer perspective,” he previously told PEOPLE of the groundbreaking 2004 film, in which he sacrificed his own body — eating McDonald’s every day for a month as his health deteriorated — to prove the potentially fatal consequences of a fast food diet.

The sequel, however, “Is told much more from a corporate standpoint — from an industry standpoint — as I go behind the register in this film and open my own fast food restaurant,” he explained in 2017 to PEOPLE.

His new goal is to help people “understand why businesses make the choices they make, why they manipulate us the way they do [and] how they do that.”

It’s a mission, he said, that goes against our very instincts. “We want to believe that somebody has our best interests in mind, that they’re somehow out to protect us,” he said. “And nothing could be further from the truth.”