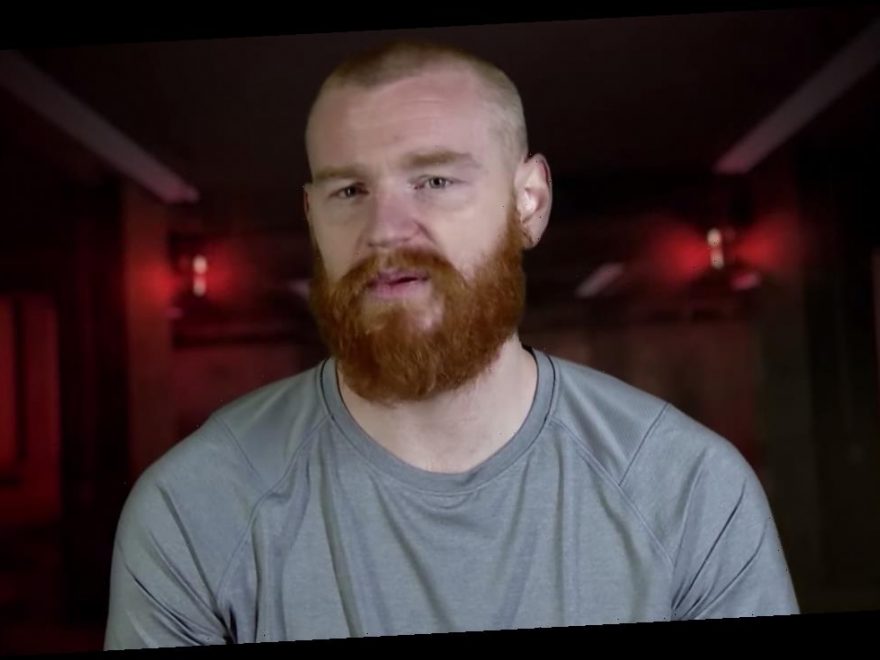 When it comes to some of the best competitors to participate on The Challenge, Wes Bergmann has shown himself to be one of the show’s top stars.

He heads into each season with a social strategy to help him advance in the game and is also a strong competitor, which has resulted in multiple finals and winning prize money on MTV’s competitive reality series.

He’ll do battle on MTV’s upcoming The Challenge: Double Agents, and recently revealed why the show helps him to be stronger in life in general.

Ahead of The Challenge: Double Agents, MTV has been rolling out different cast interviews, including one where veterans gave impressions on the rookies and another where competitors named the game’s biggest threats.

In a new teaser clip, four-time finalist and two-time winner Wes Bergmann gives his thoughts on The Challenge. He likens the show to “lifting weights for your social prowess” and talks about what brings him back for more seasons.

“There’s a reason why I keep coming back. This is the most innovative game on the planet,” Wes says in the clip. “It is incredibly challenging, and it tests your skills in virtually every area of life.”

“As a well-rounded person, I thrive in environments like this,” Wes adds with regards to why he tends to do well in the game.

He mentions that the show also helps him perform better in his everyday life in terms of his work, relationships, and more.

As mentioned, Wes Bergmann is a two-time winner in his history on MTV’s The Challenge. It all started when the former Real World: Austin star debuted on Fresh Meat in 2006 and made the final in his rookie season.

With his return the next season for The Duel, Wes captured his first win and did it as a solo competitor. As a popular star on the show, he’d continue participating in more seasons of the show, including The Ruins and Fresh Meat II, before making the final on Rivals.

He’d capture his second win with his Rivals II appearance in 2013. For that season, he was partnered up with his rival competitor, Chris “CT” Tamburello. With the win, they shared in the prize money on that particular show. To date, Wes has reportedly won a bit over $300,000 in total prize money.

He has become a longtime competitor on the show but appears to be in a slump. Since his Rivals II win, he’s appeared on five seasons of the show. He made the final on War of the Worlds, showing he’s still got the ability to make it to the end-stage. However, he’s winless since that Rivals II victory with CT.

His biggest fans hope Wes can break out of this tough winless streak on The Challenge: Double agents. While he’s got a strong social and political game, one has to think other competitors now realize the value of eliminating him quickly, as was the case on War of the Worlds 2.

Also, Wes won’t have his new pal Johnny Bananas as an ally this time around. On the bright side, he also won’t have to worry about the seven-time champ as a threat to eliminate him from the game.