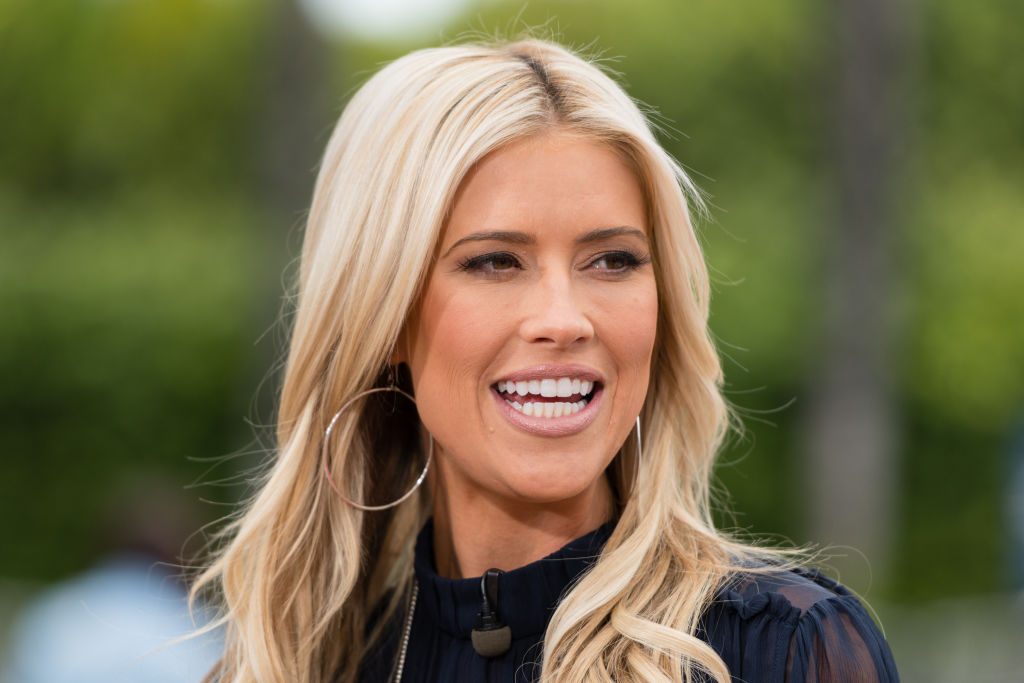 HGTV’s Christina Anstead is expecting! Pregnant with her third child, Anstead recently spoke about having a baby with her new husband, Ant Anstead, and how she told her ex-husband the news.

Accordingto Entertainment Tonight, Anstead called her ex-husband, Tarek El Moussa,to let him know about her upcoming arrival. “I told him right before I told the kids. “I waitedafter the first trimester to tell them to make sure everything was OK,” shesaid.

Anstead still works with El Moussa on their HGTV show Flip or Flop, so they have had to work through their differences for the sake of their careers and especially for their two children, Taylor and Brayden. Anstead said their conversation about her pregnancy was “good.” “[We’ve] just been doing it for a few years now, and it’s sort of normal, I guess,” she said.

Many issues in previous marriage

Anstead’s previous marriage faced tremendous pressure within only a few years. Country Living reports that Anstead and El Moussa married in 2009, and soon saw opportunity in the real estate market with fixing up foreclosed and distressed houses and selling them for a profit. In 2010, Anstead gave birth to their daughter Taylor, having worked with El Mousssa on the real estate renovations throughout her pregnancy. Then the couple decided to try for their own show. “We just started flipping houses and we took a long shot and sent a production company an e-mail,” El Moussa told CountryLiving.com in 2016. “They liked us and said to send a home video. We did, and they liked it. A year-and-a-half later, HGTV picked us up for a pilot.”

The show was a hit. But soon after, the coupleendured several health issues, including El Moussa’s thyroid cancer diagnosis,and a miscarriage for Anstead, according to Country Living. Just as Ansteaddiscovered she was pregnant again, El Moussa suffered a serious back injury.His recovery took a year and a half, which included a dramatic weight loss andtime on strong medication, which El Moussa said “reallyaffected my mental and physical state and changed who I was,” as noted byCountry Living.

While spending time with my kids I thought a lot about Frank and the struggles he's been facing. It's definitely a reminder of what's important which is being with your kids and being happy!! I truly truly truly cherish each moment I get to spend with them ❤️❤️❤️….. Everyone, get out there, make your kids smile and create memories that will last a lifetime. Happy Halloween folks!!!

Their son Brayden was born in August 2015, andAnstead went back to work just one month later. “It was too soon for me,” she told People`.“I was overwhelmed. The tension between me and Tarek was high.” Their marriagewas crumbling under all the strain from their health issues and commitment totheir HGTV series. “We weren’t able to properly communicate anymore. It got tothe point where we weren’t even driving to set together,” she said. “But wewent through a lot in a short amount of time.”

The couple separated in May 2016. In January 2017, Anstead filed for divorce, which was finalized a year later, according to Country Living.

Anstead met Ant at the end of 2017. “It was immediate, that connection [with Ant]. I knew the second we drove to dinner together, we just had that spark, but [we’re] also so comfortable together. [We feel like] we’ve known each other forever,” she told Entertainment Tonight. The two wed last December.

Soon after their honeymoon, Anstead found out she was pregnant. “[Having kids] wasn’t on our mind — if it happened, it happened. It definitely was not something where [we said], ‘We want a baby right now…’ We got back from our honeymoon [and] found out I was pregnant… I felt off during the honeymoon and when I got home, I felt I should take a test, not thinking at all it was going to show positive. I was just like, ‘OK, this makes five — here we go!’”

If you aren’t in the mood for a sentimental / mushy post I suggest you keep scrolling. ?….. A year ago today @ant_anstead called me for the first time and we spoke for 29 mins two days later while he was at Sema he FaceTimed me (I was thinking who FaceTimes) anyways I answered and we spoke for 2.5 hours … two days later we met for the first time and we’ve been inseparable ever since. #FATE @ant_anstead you have showed me what real unconditional love is. You take me for what I am, flawed and a bit crazy, and love all of me just the way I am. You have never once made me feel bad for anything in my past. You put me in my place when I need to be put there. Hold me when I’m having a bad day. I love this life with you. I love our blended family. I can’t wait to see where the next year takes us. I know it’s going to be magical. ♥️??? To quote my fav artist “Wise men say only fools rush in …. but I can’t help falling in love with you” ♥️

Anstead also became a stepmom to Ant’s two children Amelia and Archie when the two tied the knot. “We have not chosen [a name] yet. We have a few up in the air. Between the four kids (between the two families) and us, this is still a process,” she said. “We are going to wait until right before and make a decision.”

Their blended family already has a bond with each other.“The kids are such different ages, but they get along so well,” Ansteadtold Entertainment Tonight. “It’s been super fun traveling and spendingtime together and we are looking forward to welcoming this new baby.”

Anstead is due in September.