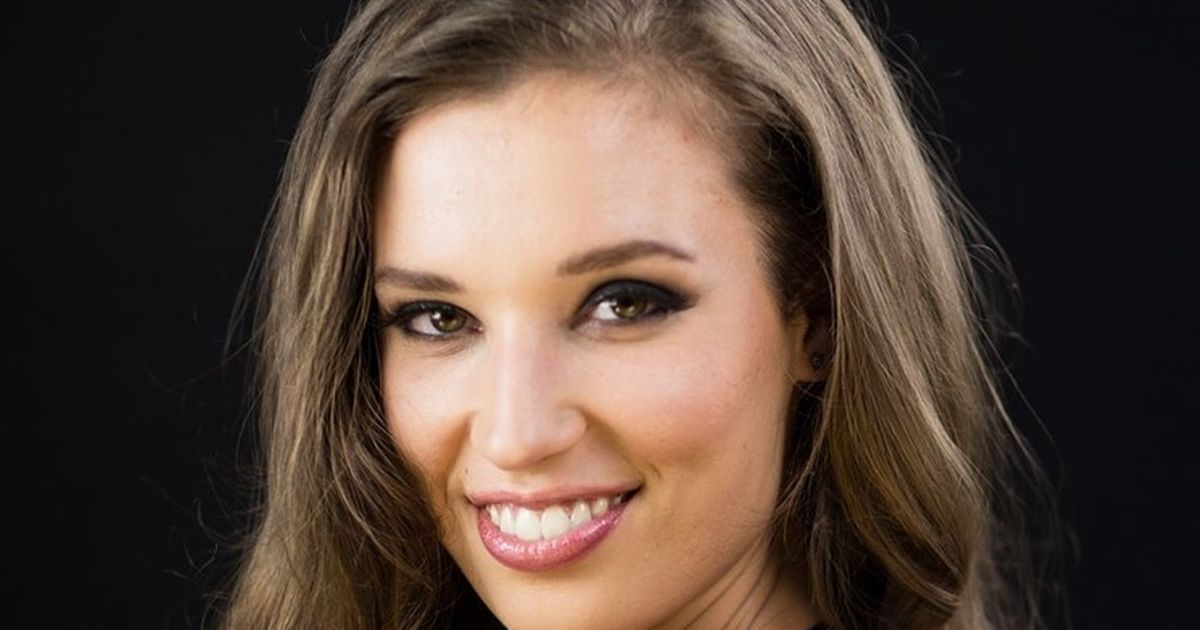 With a top class degree from the prestigious New York Conservatory and starring roles in hit Amazon shows Gemma Gordon has the world at her feet.

And now she can add Miss Universe finalist to her impressive list of accomplishments.

But life hasn't always been easy for the 25-year-old who has battled an eating disorder and mental health problems.

Competing to be crowned the most beautiful woman in the world might seem a strange choice for Gemma, given all that she's been through, but she insists it's an empowering experience.

And she stresses it's less about bikinis and more about female empowerment than ever before.

Aged just 19, Gemma left her home on south east England and travelled across the Atlantic after winning a place at the highly regarded school.

Fiercely determined, Gemma threw herself into her studies and three years later walked about with a first class degree.

But the intense studying and hard work had taken its toll on her mental health.

Gemma, who wears little make-up, had been a health size 10 when she arrived in New York but when she left she weighed just 6 stone 6 pounds and was a tiny size four.

She admits she was suffering from anorexia.

As well as severely restricting her food intake, Gemma was also massively over-exercising.

She said: "It was never about being slim or body image.

"I was always comfortable in myself but I believed that if I restricted what I ate and over-exercised every day I would do better in school."

At one point Gemma was running three miles before her lectures every morning.

Her illness was so serious that when she arrived back in the UK after completing her course she was admitted to hospital.

Gemma credits the NHS with saving her sanity.

After her physical symptoms had been brought under control, she embarked on a course of CBT.

This is a form of therapy that alters the way a patient thinks about themselves and her mental health fight is something she's more than happy to talk about.

Gemma said: "The main reaction I've had has been one of a lot of support.

"My advice to people who have found themselves in my position is to make sure they ask for help, which can be a hard step.

"My eating disorder and mental health problems didn't come from wanting to be a certain size because I was in the entertainment industry – it was because I was very stressed.

"By restricting what I ate and doing so much exercise, I thought I was controlling my stress but in reality it was giving me less control."

That was three years ago and Gemma is now still working in the entertainment industry.

As well as numerous stage appearances she has appeared in several successful Amazon shows.

She has a role in Dark Ditties, which Gemma describes as a "British version of American horror stories".

She has also been cast in a new BBC drama, K-Lines, which is set in World War Two, with filming taking place this summer.

Gemma added: "Acting is generally the love of my life." But, partly because of her amazing exerience with the NHS when she was ill, she also works as a management consultant for the health service.

Gemma also devotes a huge amount of her spare time to charity work.

One of the causes closest to her heart is homelessness.

Gemma works with the Centrepoint charity, which provides help and support for young people living on the streets.

She even used her own money to create a documentary highlighting the particular problems young people living rough face.

Gemma said: "It explored homelessness and the work of the charity.

"It really opened my eyes to things like addiction and the specific problems facing young women on the street, including period poverty."

She also wants to use her position as a finalist in the Miss Universe competition to encourage people to talk about their mental health issues.

Gemma said: "Mental health issues can affect everyone but there is also help for absolutely everyone and I just want to encourage people to find that help."

And she insists that the competition is all about sisterhood and that the image of women parading in bikinis is horribly outdated.

Gemma said: "We do get a lot of criticism with people stuck in the old mindset about what pageants are about. "Yes, it used to be a platform for women to parade themselves but it couldn't be more opposite now.

'It's all about the work we do behind the scenes.

"I have never felt exploited or paraded in a bikini.

"Most of the girls feel empowered and use it as a platform to enhance their career and give back.

"It definitely isn't just about parading about and getting into a bikini."

And this year's charities are all very female focused.

They include the National Centre for Female Genital Mutilation, Black Mambas, which is South Africa's first all-female anti-poaching unt for the protection of rhinos and Stop Acid Attacks India. And Gemma has an inspirational message for women struggle with body image.

She said: "Their values and self-worth shouldn't increase or decrease depending on their dress size.

"They should take pride in being strong enough to stand alone and know when they need to ask for help.

"People should have no shame if they suffer from an eating disorder or mental health issues.

"It's completely normal for anyone and I want to encourage people to ask for help."