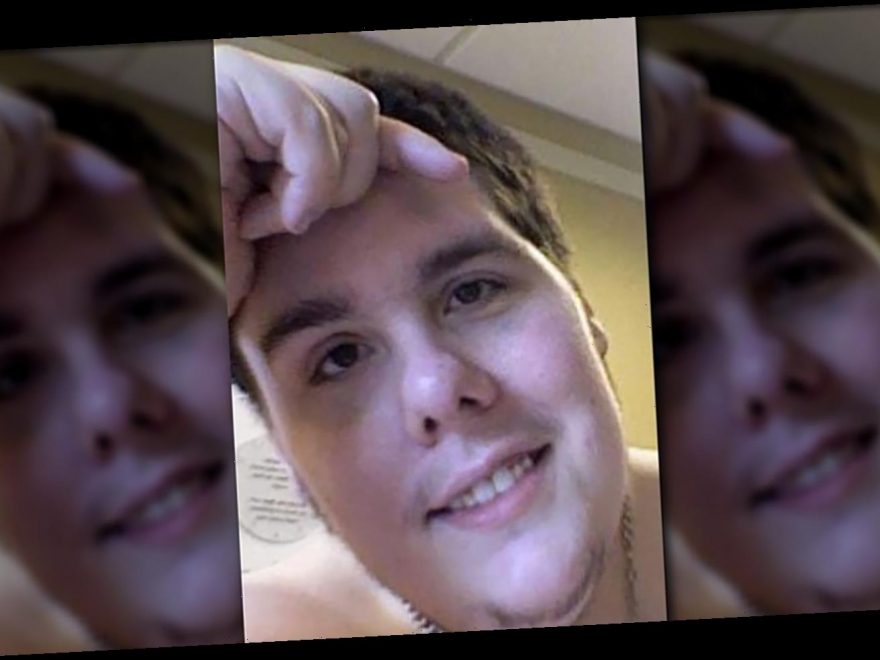 Steven Assanti, who appeared on the fifth season of TLC’s reality series My 600-Lb Life, is one of the show’s more memorable stars, largely because of his outspoken nature. As he exclusively told Nicki Swift, “I say it like it is. I don’t give a s**t.” Now, the Rhode Island native is dishing on his experience with the network. For those who don’t remember, Assanti managed to lose around 200 lbs. on the series, which highlighted his tenuous relationship with his brother.

According to the New York Post, the network discovered Assanti after he appeared on a local news program where he discussed being kicked out of a Rhode Island hospital for ordering pizza. At the time, he weighed nearly 800 lbs. and was hoping to lose about 250 lbs. in order to hit 550 lbs. and qualify for gastric bypass surgery. While Assanti’s pizza habit help thrust him into the spotlight (pizza is undeniably one of the finer things in life), he seems to love the cameras even more than a plain cheese slice.

“The best part of filming was filming because I like to be in front of cameras anyway,” he told us. Nonetheless, there’s a lot that went on behind the scenes that fans didn’t see — and not all of it was particularly pleasurable.

Steven Assanti first appeared on Dr. Phil and claims the TV doctor is the real deal

Steven Assanti wasn’t a stranger to reality TV when he first linked up with TLC. Years prior, the reality star appeared on Dr. Phil: House of Hatred, a social experiment where the TV doctor brought contestants into the infamous Dr. Phil House in order to try and break down their prejudices. As most of us know, reality TV notoriously stretches the definition of real and Assanti followed suit, feigning prejudice against skinny people in order to nab some airtime. He was discovered by the TV host after he hammed it up in front of the home’s cameras without realizing that Dr. Phil was keeping a close eye. “… [H]e figured out why I was really there,” Assanti said. “I just wanted to be in front of the camera and all that.”

Though Assanti may have not been totally honest with producers, he maintains that Dr. Phil is just about as real as they come. “Dr. Phil is a real bad a**,” Assanti told Nicki Swift. “He’s real. I can’t say anything bad about him. He was dead-on real. He’s a no bulls**t type of person. He was real. The producers, everybody. … He makes everybody cry and everything.”

The same thing apparently cannot be said for TLC, who Assanti claims “overdramatized” his storyline and focused on negativity.

Hey, at least it's not scripted

Over the last decade, TLC has become known for its mind-boggling reality shows — from the wild 90 Day Fiancé storylines to the scandal that nearly tore the Duggar family apart. It’s not uncommon to see something so out there that you think it has to be staged. Case in point? “Who is against the queen will die,” a moment so iconic it garnered its own t-shirt.

For years, the network has been fielding questions about the validity of shows like Say Yes to the Dress and My Strange Addiction. In 2014, a redditor who appeared on the latter series in a fursuit came forward and claimed producers manipulated her to do things that deeply exaggerated her hobby and publicly embarrassed her. While fans might suspect the same situation behind the scenes of My 600-Lb Life, that wasn’t the case for Assanti.

Assanti’s experience with TLC was surprisingly real. While he said nothing was scripting, he did claim that producers only told half the story — and it was the less flattering half. “I would go to a lake and walk around, and I would do all this good stuff for them,” he told Nicki Swift. “They would tell me that they would put it in somewhere, but they don’t. What they do is they only show me going crazy, and yelling at people, and taking pain pills, and just all the bad stuff. They choose not to show anything that’s good.”

He continued, “… [E]verything you see is accurate, but like I said, they just overdramatize it. They don’t bother showing anything that is, that’s good, because they filmed me and my family doing good things too, but they choose to show just the bad things.”

According to Steven Assanti, TLC's producers are aggressive

Some reality TV shows notoriously treat their contestants like trash. For example, in the past, we’ve seen a Bachelor contestant claim the series was like “a really fabulous version of Stockholm Syndrome.” Teen Mom’s Jenelle Evans likened her experience with MTV to being locked in a cage at a “freak show”,” per People. The Swan – honestly, when extreme plastic surgery is involved, need we say more?

Assanti’s experience with TLC wasn’t quite as bad, though it did have its moments. He claims the producers were “nice,” but far more aggressive than those on Dr. Phil. “… [T]here were days where I didn’t feel like filming, and didn’t want to open my door,” he told us. “They would just wait outside until I did open my door, and they would continuously knock. They were more persistent and aggressive, I guess. Annoying.”

Nonetheless, Assanti seems to think the overall experience was worth it. “I love reality TV. I love being on TV. I love being talked about,” he said. For now, Assanti is exploring his knack for entertaining on YouTube, where he plans to start uploading more regularly to his channel Fatboygetdown.