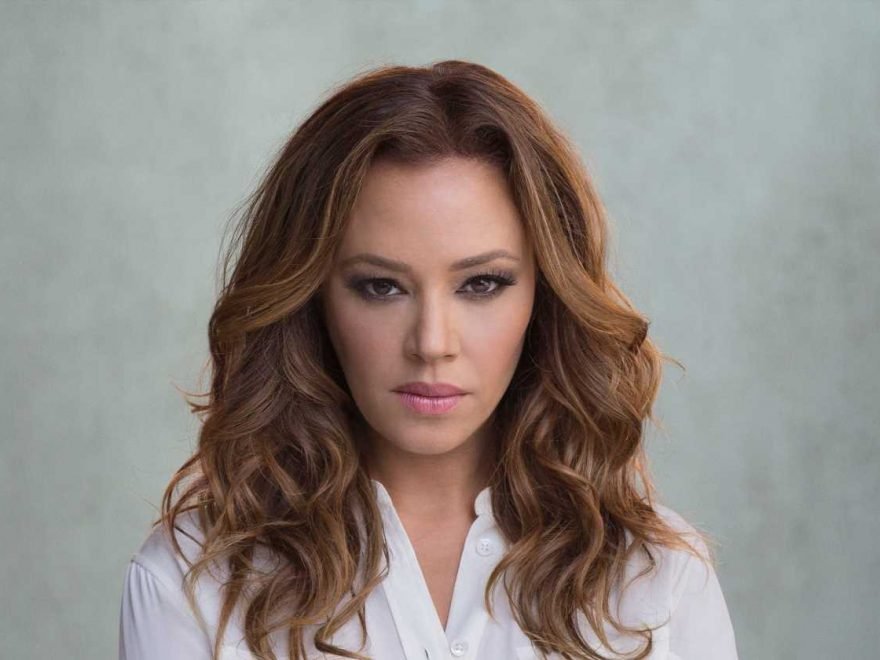 Leah Remini ended her third and final season of A&E’s “Scientology and the Aftermath” by taking on sexual assault allegations against members of her former church.

The two-hour special, filmed in front of a studio audience, examined the alleged role the Church of Scientology played in covering up allegations against its members, including at least one actor.

In late 2017, multiple women accused Danny Masterson (“That ’70s Show”) of sexually assaulting them, which led to his ouster from his role at the time on Netflix’s “The Ranch.”

On Aug. 21, four women filed a lawsuit against Masterson and the Church of Scientology, claiming they engaging in stalking, invasion of privacy and conspiracy to obstruct justice, among other allegations, according to the complaint obtained by The Hollywood Reporter and HuffPost.

Leah Remini's "Scientology and the Aftermath" debuted on A&E in 2016. (Photo: handout)

In Remini’s special, she and co-host Mike Rinder, who is also a former Scientology member, talked with alleged victims about their experiences and their interactions with the church.

Crissie Bixler’s original interview was recorded in April 2017, and Remini explained the show held off airing it until now because they were asked to allow the justice system to take its course.

Bixler, who was in a relationship with Masterson at the time, described the alleged 2001 attack, which happened after the couple had been together for six years. She said they went to dinner and then she blacked out. She described waking up the next morning in pain and feeling as if she had been poisoned.

When she asked Masterson what happened, “He started laughing and said, ‘I had sex with you,'” Bixler said. “And I said, ‘Was I unconscious?’ and he said, ‘Yes.’ “

Four women have filed a lawsuit against actor Danny Masterson and the Church of Scientology over allegations of sexual assault. (Photo: Annie I. Bang, Annie I. Bang/Invision/AP)

Bixler had joined the Church of Scientology after she started dating Masterson, and reported the incident to an ethics officer – the show described the position as a “minister” of the church.

“It’s not rape if you’ve been in a consensual relationship,” Bixler alleges the officer told her.

She said she confronted Masterson and told him he had to go into the church and take responsibility for his actions and she would forgive him. He wouldn’t, so she moved out.

Bixler said she decided to come forward after talking about the alleged attack with her husband.

“As soon as I started to justify Danny’s actions, he (her husband) looked at me, stunned, and said, ‘This is rape and it’s not OK,” she said. “It was the first time someone had agreed with me.”

After the taped interview aired, Bixler appeared in front of the studio audience to discuss the aftermath of reporting her alleged assault. She said the church’s ethics officer assigned her a lengthy ethics programs to find out “what I did to deserve this.” And it was compounded by Masterson’s celebrity.

“My job as his girlfriend was to give myself to him whenever he wanted,” Bixler said. “I can not say ‘no.’ I lay there and take it.”

“Because celebrity in Scientology in everything,” Remini replied.

In an Aug. 13 letter quoted on “Scientology and the Aftermath,” the Church of Scientology said, “Ms. Bixler never once told the Church about her accusations, and the Church never retaliated against her for making the claim.”

“I’m not going to fight my ex-girlfriend in the media like she’s been baiting me to do for more than two years,” Masterson said in a statement shared with USA TODAY last week. “I will beat her in court — and look forward to it because the public will finally be able learn the truth and see how I’ve been railroaded by this woman.”

Also in the studio audience for “Scientology and the Aftermath” was Bobette Riales, another plaintiff in the lawsuit. She said she came forward after seeing the response Bixler received for speaking out against Masterson.

“I knew a lot of things were wrong in our relationship,” she said. “Never once did it occur to me that he was doing this to other girls.”

In a letter dated Aug. 12 that was quoted on the show, an attorney for Masterson wrote, “It would be extremely reckless to rely on Ms. Riales as a source. Ms. Riales, who dated Mr. Masterson for a period of time in the early 2000s, only recently took to Twitter to accuse Mr. Masterson – for the first time ever – of ‘repeatedly rap(ing)’ her during their relationship.”

Besides the focus on Masterson, the finale also talked with other ex-Scientology members about allegations the church has thwarted attempts to report sexual assault and violence to authorities.

The series concluded with Remini and Rinder addressing the studio audience, which consisted of former church members.

“Victims of Scientology are not a bunch of weirdo crackpots, but are real people who came into Scientology either because they were children to begin with or they wanted to help,” Rinder said. “Scientologists are generally good people who want to help other people and that’s how they get trapped.”

After the airing of the series finale Monday, the Church of Scientology said in a statement to USA TODAY, “For three years, A&E profited from broadcasting Leah Remini’s lies, distortions and exhortations to hate. These resulted in threats, violence, and the brutal murder of a Scientologist in Australia in January 2019. Prior to committing his heinous act, the murderer spouted vicious anti-religious propaganda, incited by A&E and the Leah Remini series.”

The incident the church refers to is the Jan.3 fatal stabbing of a church member by a 16-year-old. The Sydney Morning Herald reported the boy was on church property because his mother was going through a “purification ceremony.”

“When we first started out the Aftermath series, we wanted to give a platform to those who wanted to tell you what’s happened to them, their pain,” Remini said in the finale.

She ended with this: “Rest assured, Scientology, that this is not the end, this is just the beginning.”