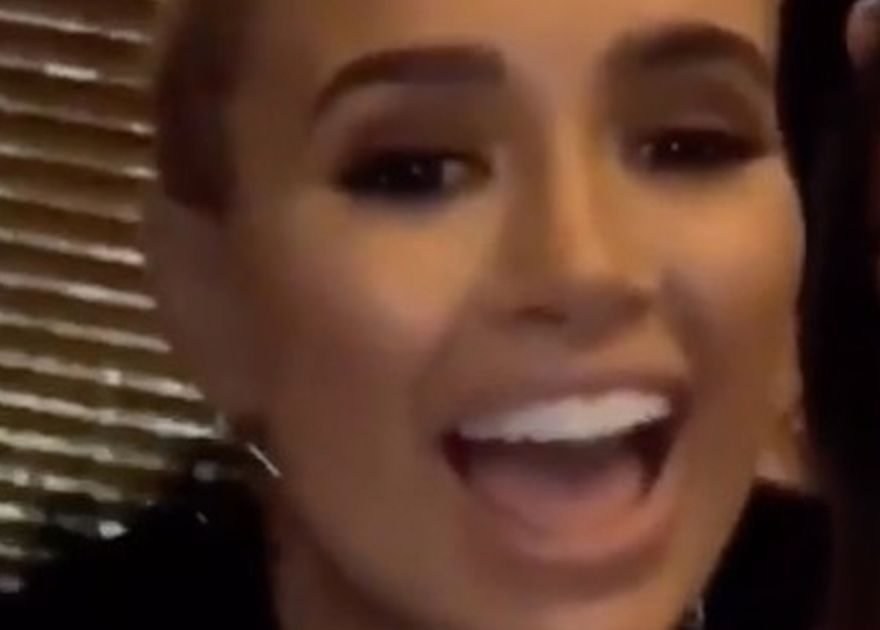 Molly-Mae Hague has fuelled rumours of a rift with her co-stars by ditching the 2019 cast to party with last year's crew.

The influencer hit the town for a night out in Manchester this weekend with former Love Island stars Kendall Rae Knight, Stephanie Lam and Ellie Brown .

Molly-Mae was seen snapping selfies in a taxi with the girls on the way to a posh venue in Manchester.

The group hit fancy Italian restaurant Fumo before continuing their night out.

The outing came on the same day after Molly-Mae was left out of a sleepover hosted by Anna Vakili.

Anna invited the Love Island girls over to her flat on Saturday night.

The group of six enjoyed time catching up together – wearing matching nightwear, snacking on pizza, and dancing around 29-year-old Anna’s luxury apartment.

However, Molly-Mae was nowhere to be seen along with Maura Higgins, Lucie Donlan and India Reynolds, who were also absent.

Fans flocked to the girls' Instagram pages to slam them over claims they'd failed to invite Molly-Mae and the others.

One wrote: "So nice girls, don’t invite molly or Lucy or any of the other girls that too where friends with."

Molly-Mae appears to have been keeping her distance from the other since the show finished – spending most of her time with Tommy Fury.

However, this could just be because she lives in Manchester while many of the other girls are based in London.

Molly-Mae has also been busy working on her latest lucrative Instagram deals, including a £500,000 contract with Pretty Little Thing.

She jetted to Los Angeles for a week to shoot a campaign for the brand and has only just got back.