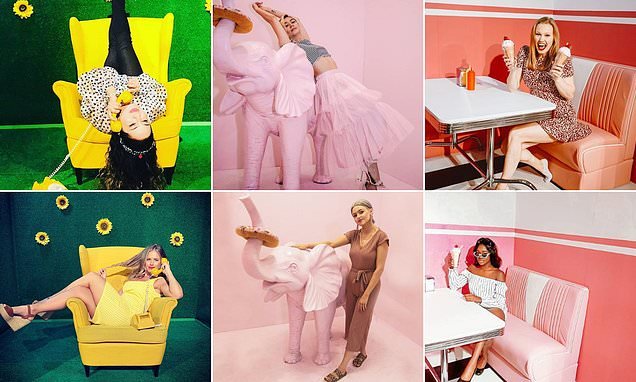 Instagram users are paying £10 to snap photos at a London pop-up filled with different backgrounds.

The pop-up shop in West London, called the Selfie Factory, gives people a chance to pose with a multitude of different backdrops – that will be sure to get them likes on the ‘gram’.

From a doughnut wall to a 1950’s style diner people have been flocking to the factory in their thousands since the beginning of August to bag themselves a creative selfie for their social media pages.

However, you’ll probably end spotting very similar pictures to your ‘unique selfie’ on your feed – as there is only so many poses you can pull. 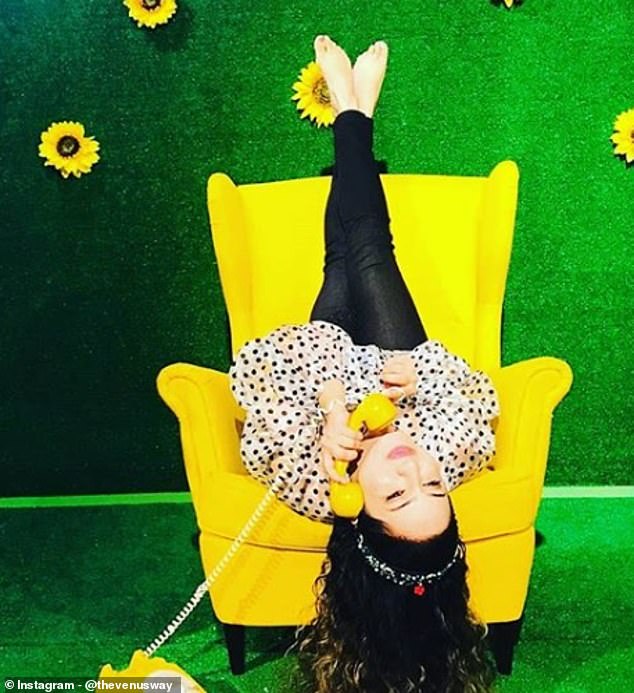 The pop-up shop in west London, called the Selfie Factory , give people a chance to pose with a multitude of different backdrops. Pictured: A woman poses creatively on the yellow chair with the flower background 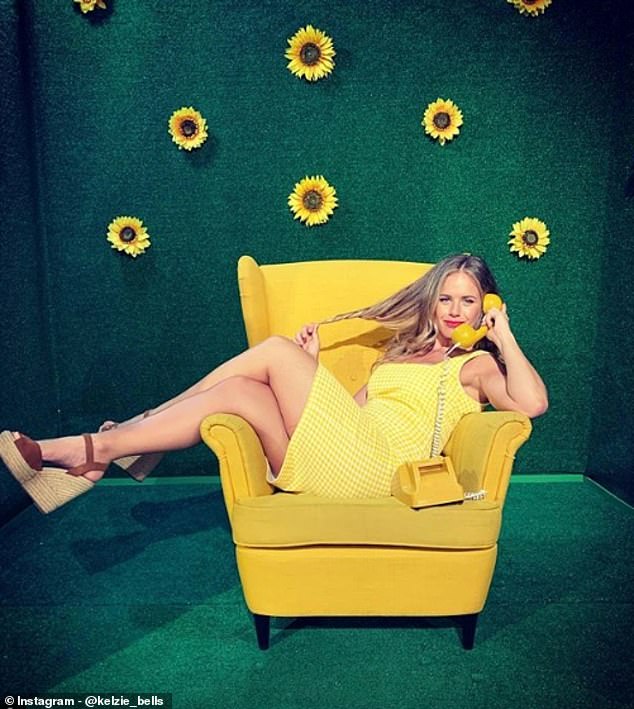 Wannabe influencers are paying £10 an hour to get ‘Instagram-worthy’ photos at a selfie factory. Another picture of the yellow chair and flower background

But if your happy with that, the pop up is helping you fill your feed with the styled backdrops Ever wanted to look like you’re on the cover of a teen mag? The wallflower setting with a bright yellow chair, and an old school telephone, could give the illusion that you are.

While a black and white checked bathroom, with pink balls is also a popular backdrop with wannabe influencers – jumping in the bath and putting on their best pout.

While what Instagram feed would be complete without a pink elephant in the room or a place where you can lie or get covered in colourful confetti?

The experience at the Selfie factory lasts for an hour and you can take as many pictures as you want. 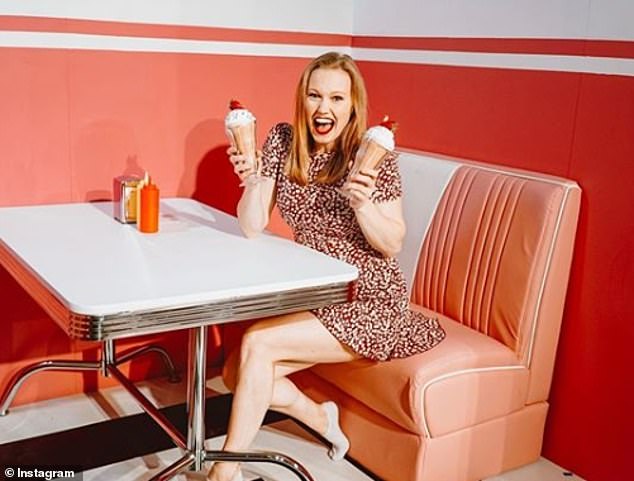 Having fun in a 1950’s style diner  – but the photo is not as it seems, as the woman is really in a factory with a fake setting 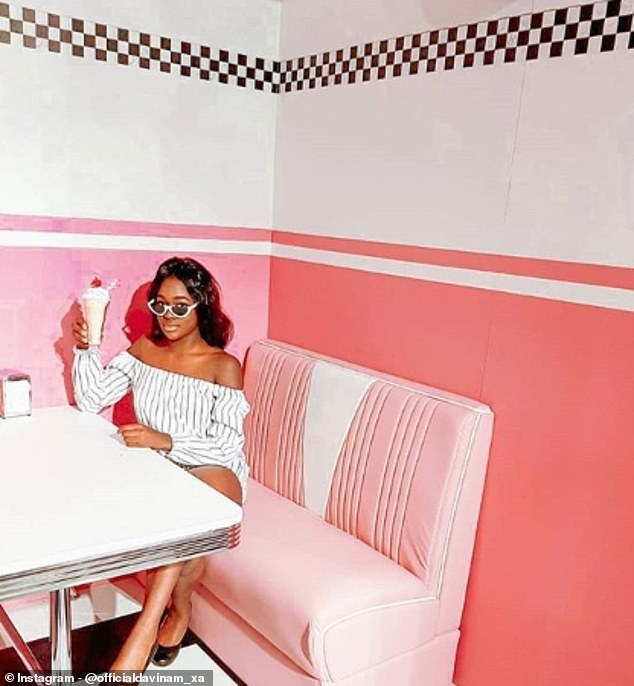 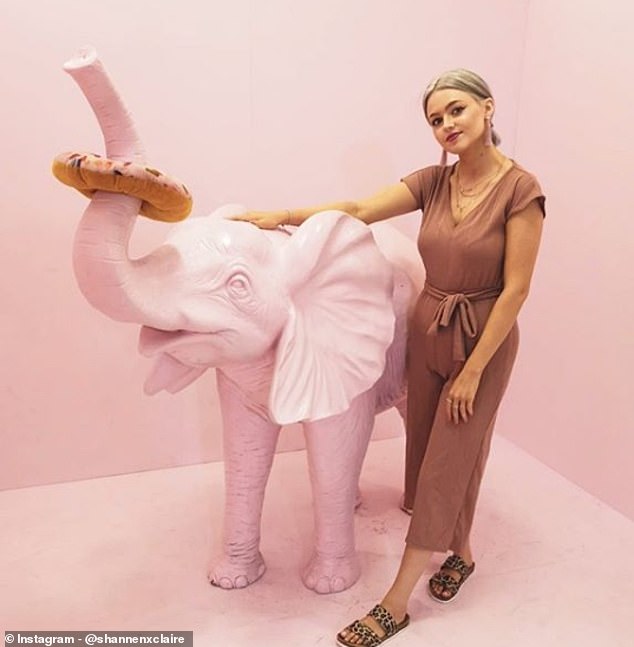 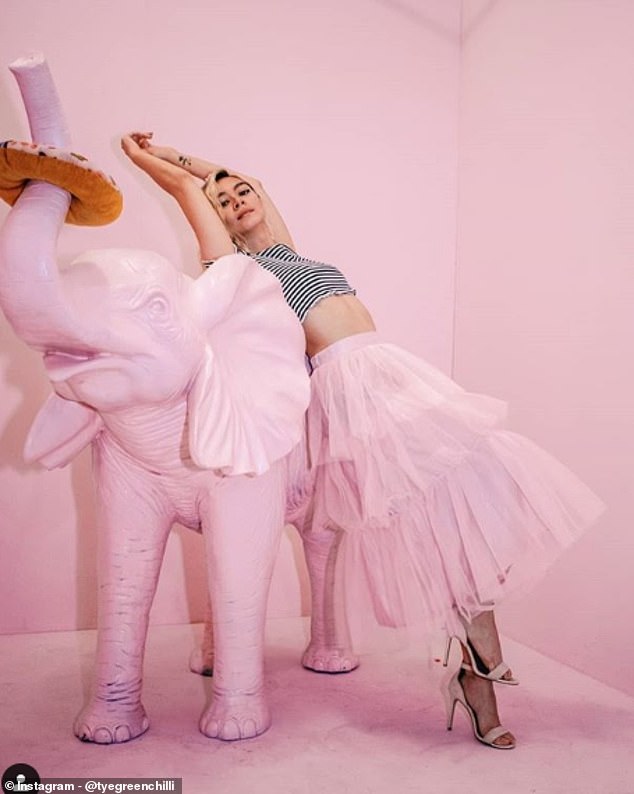 This women gets creative with the pink elephant, wearing a pink tutu and leaning over the fake elephant

They also actively encourage you to take a change of clothes – so your Instagram followers need never know you’re at home sitting on the sofa while you post colouful pictures of you having fun for weeks on end.

The owners said they were inspired to create the pop up shop after seeing something similar in LA and it took them months to create the right backdrops for the factory and ours selfies.

Owner Will Bower told the BBC: ‘People love the interactivity the most – there are loads of things to touch and write on.

Talking about selfie culture he also went on to say: ‘We are a generation that takes selfies and I think that is going to stick around, whether the selfie factory is around or not. The selfie factory just improves the quality of the selfies, which will be taken.’ 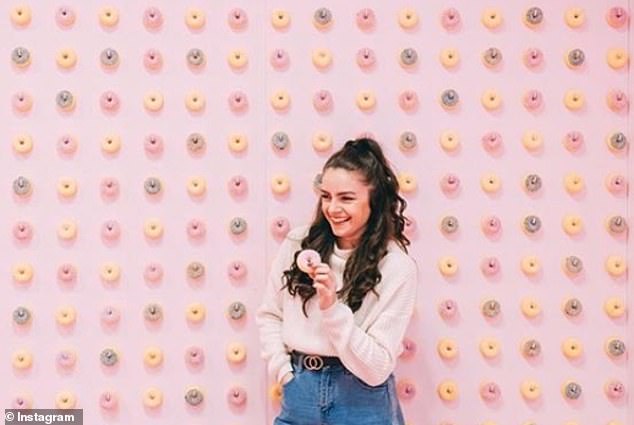 They may not be edible but they look pretty. A woman stands in front of a wall of doughnuts to get a Instagram worthy shot 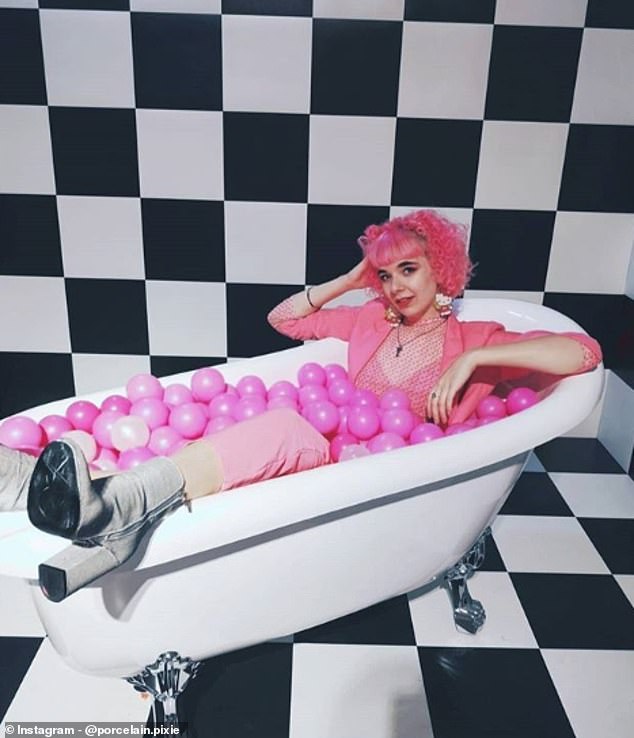 A black and white checked bathroom, with pink balls in the bathtub is also a popular backdrop with wannabe influencers – jumping in the bath and putting on their best pout 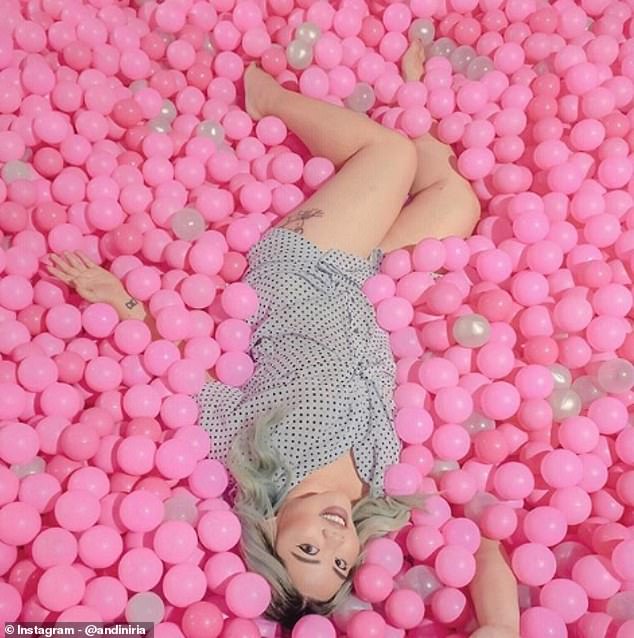 Talking about the photos which have come out of the factory he said: ‘We are seeing a lot of the poses replicated, like legs sticking out of the bath tub – but its great to see peoples creative takes on photos.’

The factory has 10 settings for you to take pictures in – and also including a massive pink ball pit and an oversize teddy bear that you can sit on.

Tickets for the pop up cost £9.99 and thee exhibition is open until mid September.