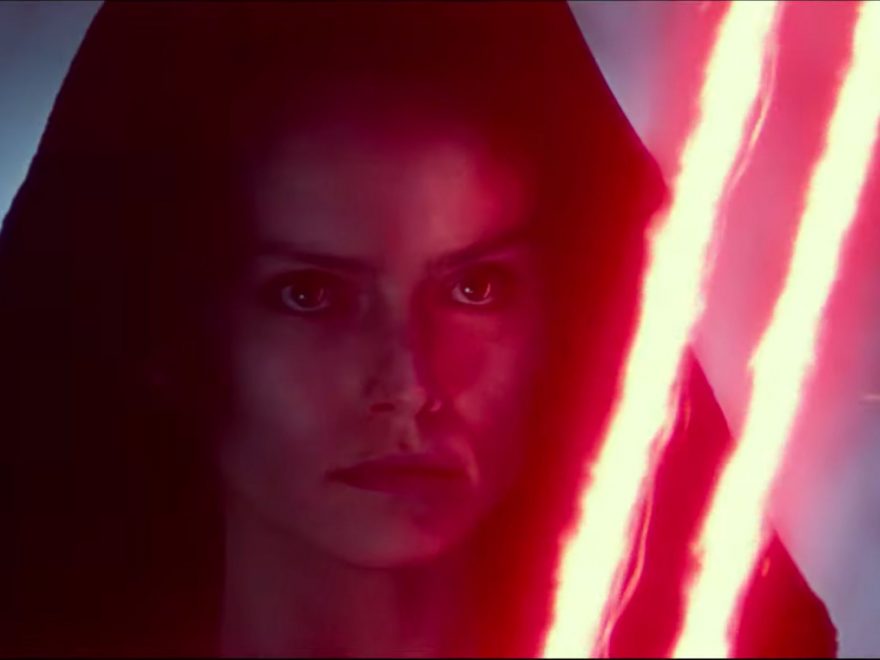 The force is strong with Rey, but the dark side and a fancy new dual lightsaber may be even more compelling in a new look at “Star Wars: The Rise of the Skywalker.”

Director J.J. Abrams and Lucasfilm President Kathleen Kennedy unveiled exclusive footage from the final film of sequel trilogy at the D23 Expo on Saturday in Anaheim, California, and now it’s here for the rest of the internet to obsess over.

In the two-minute sizzle reel, we see flashes of iconic “Star Wars” moments through the years with a voiceover from the late Luke Skywalker teasing the climactic battle to come before we arrive in the present with Rey (Daisy Ridley), Poe (Oscar Isaac) and Finn (John Boyega).

There are glimpses of unexplored planets, familiar faces ― including Carrie Fisher’s Leia ― and new ones, as well as of an epic lightsaber clash between our hero and Kylo Ren (Adam Driver) in the middle of what looks like a stormy sea.

Abrams revealed on stage at the expo that Fisher, who shot scenes for “The Force Awakens” before her death that will be repurposed in the final sequel, is “really in a way the heart of this story.”

But the biggest reveal is Rey wearing a dark cloak and brandishing dual red lightsabers à la Darth Maul, signaling that a battle for her soul might be at the center of the final film in the Skywalker saga.

Ridley admitted she was shocked that her character’s dark side reveal was included in the footage.

“I went to Bad Robot yesterday and I was like, ‘Hey, can I see the teaser’? They were like, ‘Yeah, yeah.’ No warning. And I watch, and went [inhales deeply] ‘Oh my god, are you really putting that in there?’ That was my reaction,” Ridley told CinemaBlend. “And then watching it today, it was weird because I felt nervous with it coming because I knew it was going to be. And then hearing the audience reaction was amazing.”

“The Rise of Skywalker” is set to hit theaters Dec. 20.