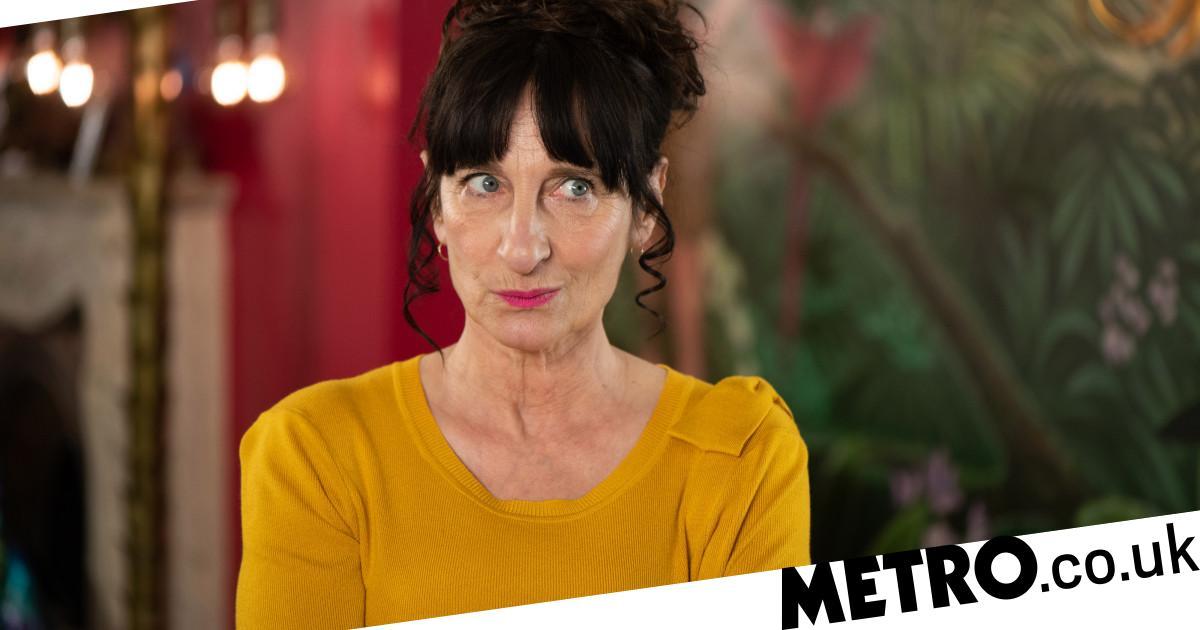 Breda McQueen (Moya Brady) has proven to be a dangerous woman since arriving on the soap in June last year.

She has quickly killed several characters and new information about her past shows that she has been involved in even more deaths than we originally thought.

There seems to be no stopping her as she continues to become a threat to characters throughout Hollyoaks.

So who has the serial killer taken down so far?

Who has Breda McQueen killed in Hollyoaks?

In total Breda has murdered seven people so far, that we know of.

The serial killer has killed five during her time in Hollyoaks, and viewers have learnt of two other deaths that she was responsible for several years before arriving at the village.

Carl (Paul Opacic) was one of the first times that viewers saw Breda murderous ways, and it happened very shortly after she first appeared on the soap.

Following his feud with the McQueen family Breda hit Carl over the head with a rock, killing him.

Mercedes ends up getting arrested over his murder after his body is found in the woods.

Glenn (Bob Cryer) developed a bad reputation in the village after cheating on Grace with Maxine Minniver (Nikki Sanderson), and then after Grace leaves him he starts to manipulate both of them.

He later shoots Kim Butterfield (Dais Wood-Davis) before meeting his demise in October 2018 when his drink is spiked with potassium chloride by Breda, who is set on killing the ‘bad dads’ in Hollyoaks.

The two of them get married, but then Goldie reveals that she is pregnant after a one-night-stand, but Russ convinces her to get an abortion.

This angers Breda who sneaks up behind and kills him with a hammer in November 2018.

He joined the soap in 2015 but was killed in January this year when Breda discovered that he knew she had murdered three other men.

She ends up bludgeoning him with a phone and then burns his clothes and the mobile to get rid of the evidence.

Mac Nightingale (David Easter) was one of her most recent victims, after being killed in March 2019.

James Nightingale had been threatening Mac with legal action and he decided to blackmail Breda and into murdering James, because he knew that she had already killed Louis Loveday.

She later reveals that she didn’t kill James, and that instead she had poisoned Mac.

As he tries to attack her she hits him over the head with a tray and kills him.

In December fans saw flashbacks of Breda celebrating Christmas in 1986 a man called Wes, while working for him as a childminder.

She was protective of his son, and fearing that Wes would hurt him, Breda ended up killing him by hitting him over the head with an ornament.

She then changed the boys name to Sylver and raised him as her own son.

It had initially been believed that Sylver had been the killer of Breda’ husband Vinnie’s, and he even served a prison sentence for the crime.

Vinnier had been violent towards his wife and the two children, but on one occasion Syvler attacked Vinnie before he could hurt Breda again by pushing him down the stairs.

Last month it was revealed that while Vinnie was injured by the fall, it was actually Breda who had murdered him.