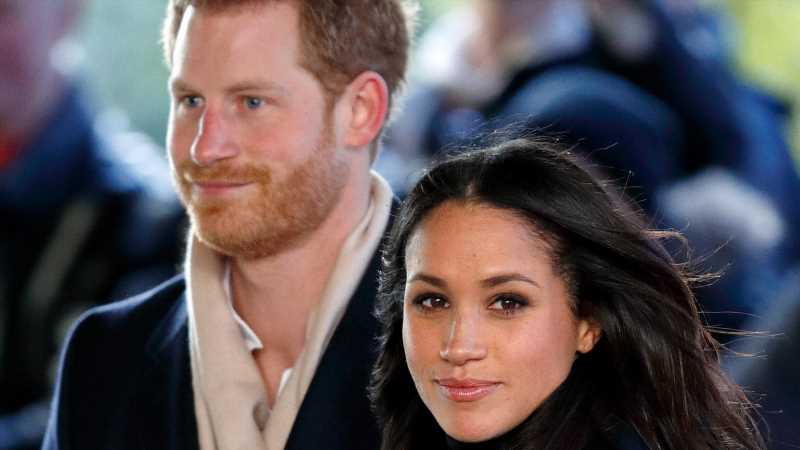 The wait is over, Lifetime loyalists! A new movie is coming in the network’s popular “Harry & Meghan” series.

As reported by Entertainment Weekly, upon the two famous lovebirds getting engaged, Lifetime quickly got to work releasing made for television films about the high-profile couple, including “Harry & Meghan: A Royal Romance” and “Harry & Meghan: Becoming a Royal.” Now, on the heels of their famous royal “Megxit” and subsequent new life in Montecito, Calif., the network, perhaps widely known for its sensational movies, is now chronicling the couple’s new American adventure sans their royal duties in a project aptly titled, “Harry and Meghan: Escaping the Palace.”

Per The Hollywood Reporter, Lifetime maintains that the premise of the third movie is to explore “what really happened inside the palace that drove Prince Harry and Meghan Markle to leave everything behind in order to make a future for themselves and their son Archie.” Sounds pretty juicy, no?!

But who did Lifetime enlist to portray the ultimate power couple? Keep reading after the jump to find out.

As reported by Entertainment Weekly, the Lifetime network hand picked actors Jordan Dean and Sydney Morton to play Prince Harry and Meghan Markle in the third segment of their “Harry & Meghan” series.

As you may recall, Dean is perhaps best known for his role in “The Punisher,” as well as various other projects including “The Sinner,” “Christmas on Honeysuckle Lane,” and “Bull,” per IMDb. Morton has previously snagged roles in “She’s Gotta Have It,” “Manifest,” and “Self Made: Inspired by the Life of Madam C.J. Walker.” Dean and Morton now join the ranks of actors Parisa Fitz-Henry, Murray Fraser, Tiffany Smith, and Charlie Field who have previously portrayed the famous couple in the series.

It’s reported that production began in May 2021 and fans of the series can expect the new movie to drop in fall 2021. Don’t forget to set your DVRs and get your popcorn ready, folks!