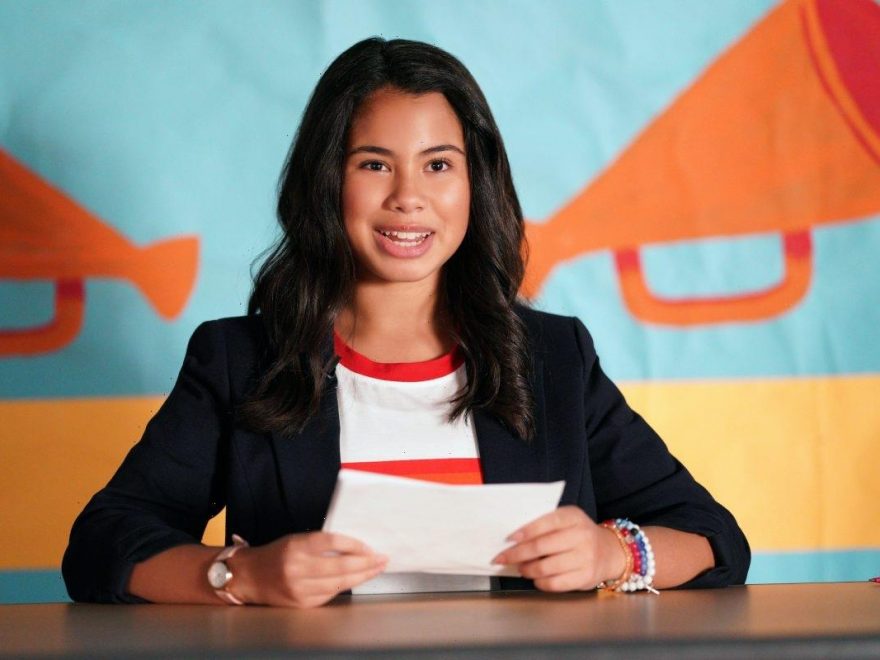 Elena Cañero-Reed is a smart and capable middle school student, known for her morning show and passion for the mall. Two actors portray this main character from this Disney+ original series.

Here’s what we know about the cast of Diary of a Future President.

Elena Cañero-Reed is one of the main characters in the Disney+ original series, ‘Diary of a Future President’

Middle school is a challenging time, especially for someone as smart and forward-thinking as Elena Cañero-Reed. This character had her family’s support as she navigated friendships, school, and everything in between.

Eventually, she even became the President of the United States. Viewers met Elena during season 1 of the Disney+ original series, Diary of a Future President.

This series primarily focuses on Elena as a middle school student. Each episode featured a new adventure of this student, whether that be her finding her “raisin for being” or spending time with her family. Tess Romero portrays the younger version of this character throughout Diary of a Future President seasons 1 and 2.

“It has been a dream of mine to act since I was about 4 years old,” Romero said during an interview with The Honey Pop. “When I started acting professionally, I went to audition after audition for what felt like forever.”

“For the roles I wanted the most, I never seemed to be exactly what they were looking for,” she continued. “After facing constant rejection for years, I started to think maybe I just wasn’t good enough. And then the producers of our show found me! Being able to work on this project is truly a dream come true!”

This series also flashes forward, offering a glimpse into Elena’s future as an adult and as the President of the United States. For those clips and part of the Diary of a Future President season 2 trailer, the intelligent character is portrayed by Jane the Virgin star Gina Rodriguez.

Although this series primarily focuses on Elena, other members of her family embark on exciting adventures. Her older brother Bobby, portrayed by Charles Bushnell, became the captain of his tennis team and befriended his mother’s boyfriend.

Her mother, Gabi, portrayed by Orange Is the New Black star Selenis Leyva, navigated dating after her husband’s untimely death. There were also characters who Elena befriended at her school, including her best friend, Sasha, and her former best friend, Jessica.

After months of waiting, fans will see Romero and Rodriguez portray Elena for season 2 of this original series. Diary of a Future President is available for streaming exclusively on Disney+. To learn more about Disney’s streaming platform and its original series, visit their website.