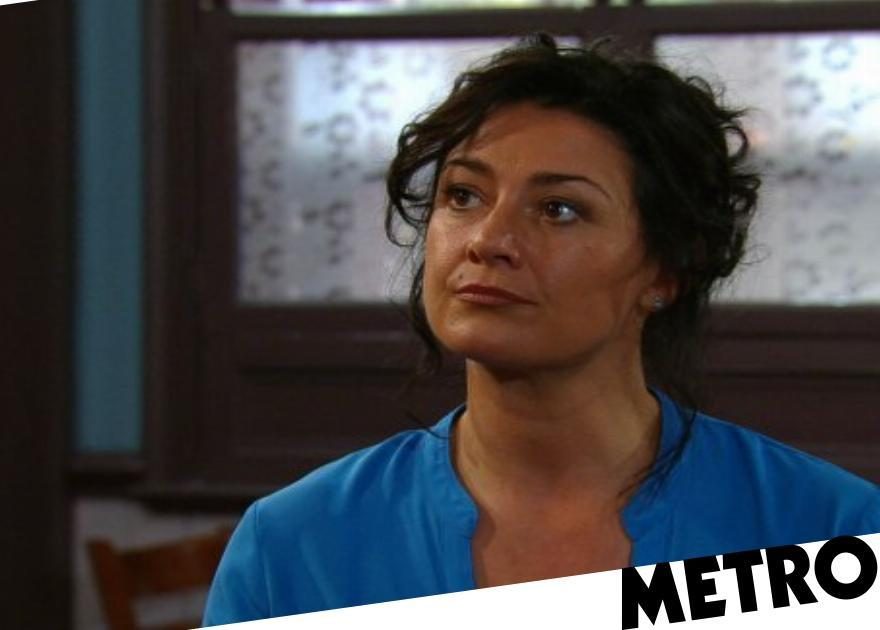 Moira and Cain Dingle’s relationship has always been a tumultuous one, and they’re about to face another bump in the road.

Nate Robinson (Jurell Carter) has been playing mind games with Moira after the two shared a kiss.

Moira – who, lest we forget, was the one who killed Emma Barton (Gillian Kearney) after all – was having absolutely none of it.

She warned Nate that her marriage to Cain could survive a kiss, and if he was do to anything to threaten her family, he’d be very sorry indeed.

As we wait and see how the tension, both sexual and otherwise, plays out between the two, here’s a quick look at the actress who’s played Moira Dingle for the last decade on Emmerdale.

Who plays Moira Dingle in Emmerdale?

Moira Dingle is played by Scottish actress Natalie J. Robb, 44, who’s been acting on Emmerdale since 2009 and is best known for her appearances on other soap operas.

She first appeared on the screen when she was just nine years old in an STV docudrama with Tom Conti, and she studied at the Royal Scottish Academy of Music and Drama.

Throughout the course of her career, she’s acted in the likes of High Road as Trish McDonald, London’s Burning as Kate, Dream Team as Lizzie Conlon, Doctors as Dr. Jude Carlyle, and The Bill as PC Andrea Dunbar.

She’s also appeared in odd episodes of Taggart and Waterloo Road, as well as having brief stints on EastEnders as Gemma Clewes and Silent Witness as Amanda Fry.

Natalie has also made forays into the music industry.

She used to be in a band called The Kinky People, she released a single entitled Keep Your Love with a dance group known as Partizan in 1997, and she sang I Will Be There with a band called Absolutely in 1999.