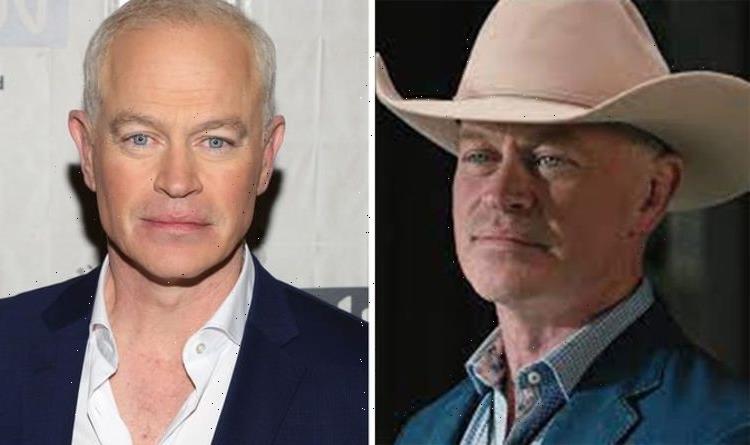 Yellowstone will be returning to The Paramount Network with its fourth season this Autumn, 2021. The Western melodrama follows the patriarch of the Dutton family, John (played by Kevin Costner), as he protects his beloved ranch. Malcolm Beck (Neil McDonough) finds himself in trouble over a conflict related to the Yellowstone Dutton Ranch.

Why did Neal McDonough leave Yellowstone?

Malcolm Beck was introduced in the second season of Yellowstone and he is the brother of Teal Beck (Terry Serpico).

He was a businessman who was not fond of the leader of the Broken Rock Indian Reservation, Thomas Rainwater (Gil Birmingham).

He saw Rainwater as competition as he and Dan Jenkins (Danny Huston) had plans to build a casino in the valley.

The businessman was determined to throw as many obstacles at John Dutton as possible and he becomes an enemy.

Malcolm was not afraid to make people suffer in order to get what he wanted.

However, Beck got his comeuppance when he was severely wounded by John and was left for dead.

There are some fans who believe the character is still alive, as they never saw him die on screen.

Reddit users believe Malcolm used the militia to make it look like he was dead so he could lay low for a while.

This could mean he may return, with some even believing he plotted the attacks on the Dutton family as part of a revenge plan.

Actor McDonough joked about how he always tends to get killed off in his TV roles, having acted out 49 deaths.

As for why the star left Yellowstone, no official reason has been given, but it was most likely a directorial decision.

As Malcolm died in the season two finale, it could be that his death was the ultimate twist the creators had been saving.

Despite his character getting killed off, it seems McDonough left the series on good terms.

He went on to praise the series for standing out against other Western projects, telling Hey U Guys: “Well, it’s modern-day.

“You know, it still has the same problems as the Westerns that we grew up with. This one happens to have a couple of extra really great things.”

He described the show as more of a “gangster” series, albeit set in the mountains rather than a city.

In June 2021 the star revealed he had taken on a new major role in the 10th season of American Horror Story.

He will be playing a regular character called Dwight Eisenhower in the anthology series.

Yellowstone fans are still confident his Yellowstone character could return one day, as they are convinced he is still alive.

One said on Reddit: “So I have to say season 2 of Yellowstone was by far my favorite, I really liked Malcolm becks character and I think he was a great villain.

“At the end of season 2 when the duttons go hunting for beck and get into that shootout, John Dutton shoots Malcolm and he is heavily wounded and appears to be dying, but we don’t actually see him die on screen.

“Could it be possible that he actually survived and that he was the one behind the assasination attempt on John Dutton at the end of season 3 as revenge for the death of his brother?

“This is probably very far fetched, but I think it’s highly possible and would make a really good twist for season 4.” [Sic]

Whether he is dead or alive, many fans believe Malcolm or his organisation are still out for revenge against John.

McDonough has not given anything away about whether he left the series for good.

Yellowstone airs on The Paramount Network.