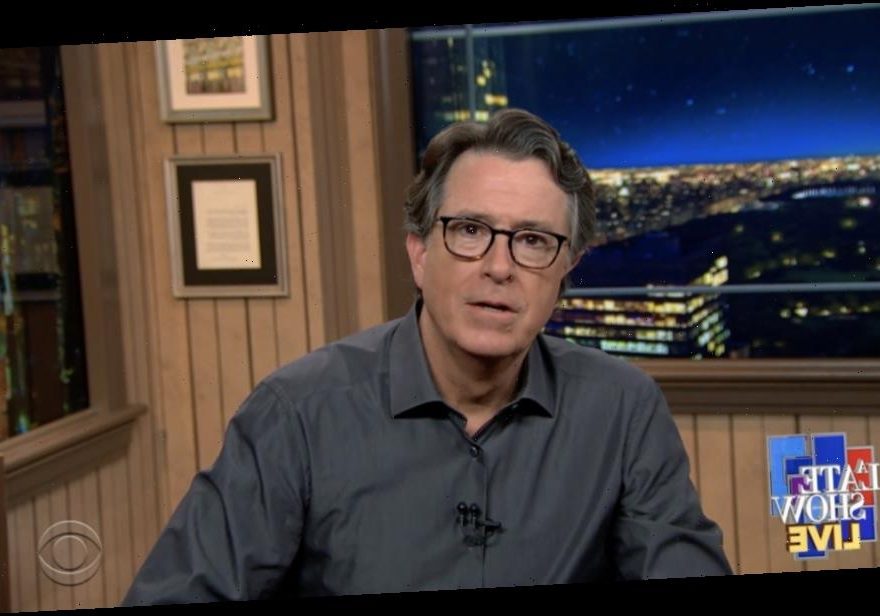 Stephen Colbert didn’t watch a minute of last night’s Republican National Convention, and feels all the better for it.

“I know by not watching the RNC I didn’t do my job tonight,” the host of CBS’ The Late Show said in an intense monologue last night (watch it above). “And I just want to say: I feel great about it….Why subject ourselves to their lies that stick to your soul like hot tar? Lies like: Donald Trump cares whether you live or die.”

Said Colbert, “We’re facing a global pandemic that has killed 180,000 Americans, heavily armed Rambo wannabes are murdering people in our streets, the strongest hurricane in the history of the Gulf Coast is making landfall as I speak, and the RNC’s message is: Who’s up for four more years?”

The late night host had some of his strongest words for police in Kenosha, Wisconsin, who seemed to welcome the participation of armed right-wing vigilantes to help control crowds protesting the Blake shooting. One of those vigilantes, 17-year-old Kyle Rittenhouse, shot and killed two protesters Tuesday.

“So much for a well-regulated militia,” Colbert said, adding, “They thought there was such a thing as a militia – there isn’t. There’s cops, who can legally carry guns and arrest you, and then there are yahoos who can get strapped with an AR-15, buy some camo from an Army surplus store then go role play the fear fantasy that has been fed to them every night of the last four years.”

On another topic, Colbert said, “We found out this afternoon the CDC was pressured into changing guidance on coronavirus testing by higher-ups in the Trump administration. So, we’ve reached the point where Donald Trump is dictating our health regulations… We are one news cycle away from the CDC warning that mail-in ballots will give you chlamydia.”

Colbert also covered last night’s NBA boycott of its own games, praising the move as well as the in-support onscreen walkout of Inside The NBA’s cohost Kenny Smith.

“I’ve never seen that before,” Colbert said after playing the Inside The NBA clip. “I think Kenny Smith just took a knee while making a slam dunk.”

Check out Colbert’s monologue above.