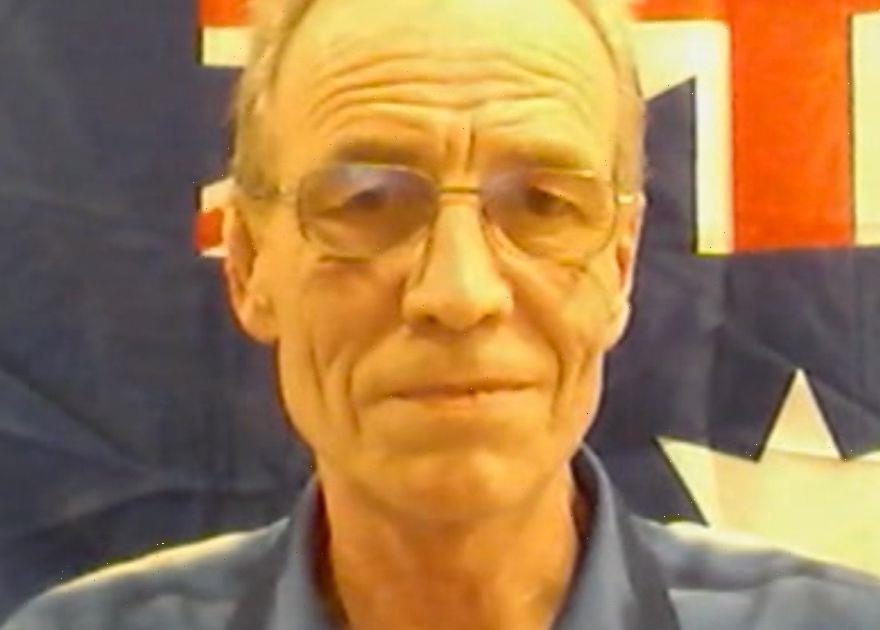 The wife of a grandad who insists he is Charles and Camilla’s lovechild turned the air blue after he took his quest for 'the truth' to This Morning.

Simon Dorante-Day is going back to court in Australia to try and force the Duke and Duchess of Cornwall to take a DNA test.

But his case wasn't helped when his wife interrupted the wild interview, swearing on air before Philip Schofield told her: "That's not very royal, is it?"

His wife was unhappy that Holly Willoughby, Phil and their guest wouldn't stop "treating indigenous people like s**t".

Minutes before, Simon had already tested ITV bosses by saying the royals were 'bug****d' when they came face-to-face with him as a young child.

The 55-year-old was conceived in 1965, when the Prince of Wales was just 17 and the Duchess of Cornwall turned 18.

The father-of-nine was born in the UK, but says he was adopted by a family who he says had strong royal ties when he was very young.

Now, he has told bemused Holly and Phil how royals 'tampered with his eyes' when he was eight back in 1973.

He also suggested they had his teeth changed to ensure he couldn't be traced.

He said: "In 1994 I started looking into it when my son was born with blue eyes. I don't think they had any choice by to change mine because of all the gossip.

"In 1998 I got a small conversation with my nan as she was passing away. I put a photo in front of her of Charles and Camilla and asked 'is this them' and she said yes.

"I remember being taken to a house and walking into a room and there was a man in military uniform.

"My parents waited outside, I can remember a lady sitting on the sofa who looked like Camilla at the time.

"There was a gentleman sitting next to a grandfather close and I can remember him saying 'well we're b*******d now'."

He added: "All my children resemble members of the royal family.

"I have been in constant communication with them and I have written to the queen."

He's even filed papers in a bid to force the royals to take a DNA test but he has still been ignored and says he won't stop there.

"I think my chances of success are very high," he said.

"It got thrown out of course last time because as it was a pilot test case. I'm now at the stage when I can be successful."

Royal biographer Robert Jobson then said: "Obviously he believes it but the dates don't match up.

"Prince Charles was at school – they only let them out to drink a cherry brandy."

Viewers aren't convinced either – and took to social media to debunk his theory.

One wrote: "Who is this crank?"

Another said: "Charles and Camilla didn't meet until he was four lol!"