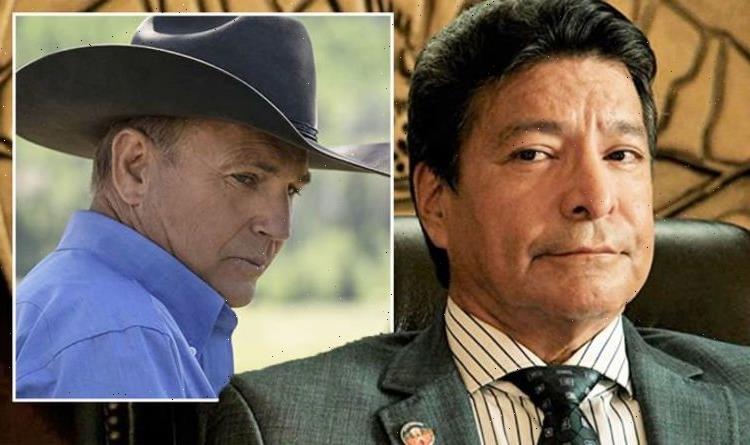 For the first time in the series of Yellowstone, season three saw Thomas Rainwater (played by Gil Birmingham) and John Dutton (Kevin Costner) join forces as a duo in their attempts to stop Market Equities and businessman Roarke (Josh Holloway) from taking over the land. However, heading into the fourth season of the Paramount drama, John’s fate hangs in the balance after being ambushed by a mystery gunman, potentially leaving Rainwater and his associates with having to put up the bulk of the fight against the billion-dollar corporation.

However, it’s no secret Rainwater has wanted John’s land for himself, scheming with Dan Jenkins (Danny Huston) in the early seasons to try and best the Duttons out of their ranch.

And now heading into season four, Rainwater has built himself quite the team to battle any legal or physical fights they may face to prevent Market Equities from moving in.

So with John and the Dutton family as a whole in a vulnerable position, with both Beth (Kelly Reilly) and Kayce (Luke Grimes) also facing uncertain futures, there’s a strongly-backed theory Rainwater could pounce.

And given what star Jefferson White, who plays Jimmy Hurdstrom, has said in Paramount’s Stories from the Bunkhouse, the stage looks set for it to happen. 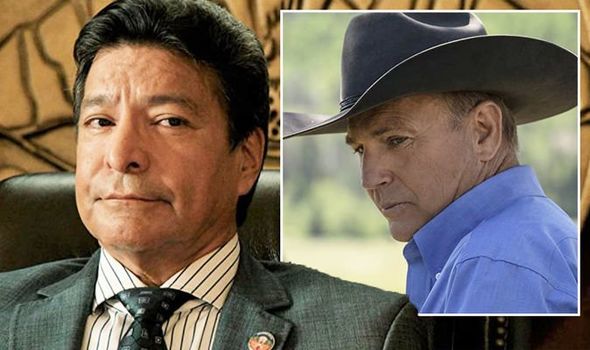 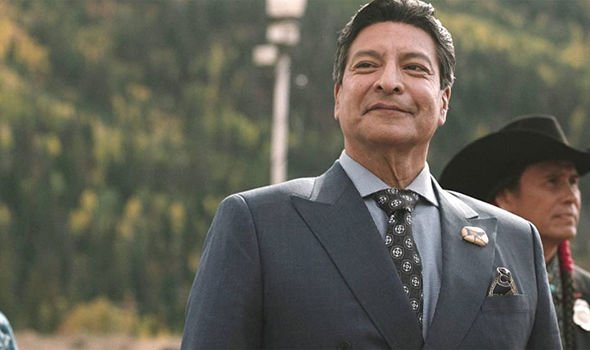 Discussing Rainwater’s current state with co-stars Denim Richards and Ian Bohen, White explained: “There are these incredible parallel stories happening with John and the Duttons and then Rainwater and the sort of army that he’s assembling to fight his version of this war.

“Right now, John Dutton and Rainwater, they both respect the land, they value the land.

“They have different ideas of what we should do with it or how it should be divvied up but they have a respect for it which is not met by these private equity firms and by the goals of these companies.”

He continued: “Like Rainwater has his Rip (Cole Hauser) in Mo (Mo Brings Plenty) who is a f*****g incredible actor.” 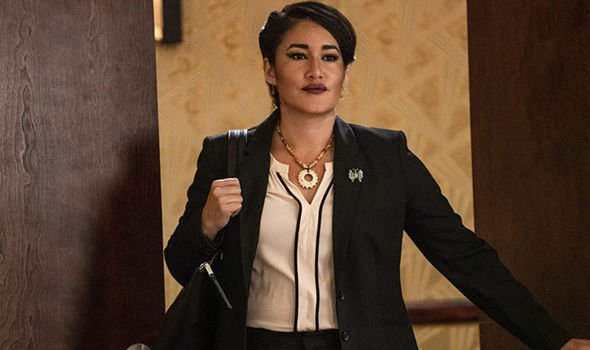 “(Mo) is every bit as frightening and loyal and competent and powerful as Rip. If Rip’s the strong silent type, Mo’s the maybe even stronger more silent type.

“He’s an incredible soldier and also this season, Rainwater brings in his Beth, his legal mind, Angela Blue Thunder (Q’orianka Kilcher), who’s every bit as tenacious as Beth is.”

So given these “parallels” and the fact Rainwater now has an arguably stronger group around him to match each quality the Dutton clan has, could it hint at Rainwater taking everything?

He’s always had the money, business know-how and tenacity and now he’s surrounded himself with people who, in White’s words, match or even outdo the likes of Rip and Beth.

And given John will likely be fighting in a hospital bed when season four rolls around, Rainwater could begin to start thinking about himself.

Plus there’s the small matter of whether or not Beth will even be able to survive the explosion she was caught in the middle of in season three.

Then there’s Kayce who was presumably mowed down when a group of assault rifle-wielding men shot up his office.

All of these factors combined with the cast’s clues offer plenty of evidence to back the theory Rainwater could take over.

And Angela seems pretty confident she’ll be able to put a halt to Roarke and Market Equities’ plans to build an airport.

“We stopped wolf hunting for a f*****g decade. What do you think we’re gonna do to an airport?” Angela famously said to Roarke during the negotiations of season three.

So if she pulls this off and gets Market Equities out of the picture, Rainwater and John are unlikely to stay pals for too much longer.

But fans will have to wait until season four drops to find out for sure.

Yellowstone season 4 is coming to Paramount Network in 2021.