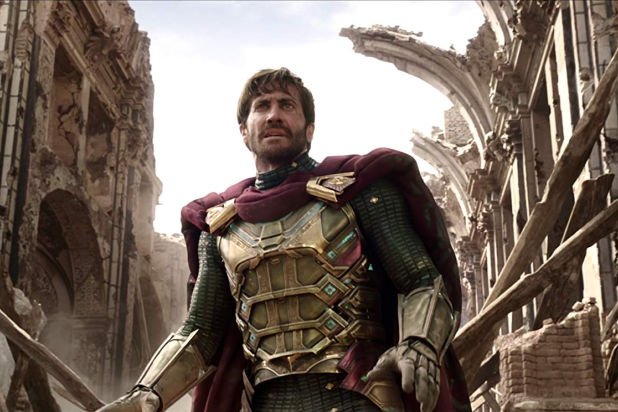 An extremely surprising person showed up during the mid-credits scene

(This article contains the details of the mid-credits scene from “Spider-Man: Far From Home,
as well as info about the ending of the movie. You have been warned.)

When Spider-Man was brought into the Marvel Cinematic Universe they hard to start fresh with him — the second big screen reboot of Peter Parker in under a decade, going from Tobey Maguire to Andrew Garfield to, now, Tom Holland.

The MCU is its own self-contained universe, so they had to do it that way. They weren’t going to just pretend that the “Amazing Spider-Man” movies were somehow taking place in the same world in which those aliens were invading New York in the first “Avengers” movie.

The point here is that they don’t just bring in outsiders willy nilly. There’s a whole process involved. And, thus far, they’ve never brought in a character that had previously been used in a non-MCU film with the same actor who played the character before.

Or that was the case, until “Spider-Man: Far From Home” did something new during its mid-credits scene.

It was a pretty shocking scene all the way around, revealing what was apparently a contingency plan Mysterio (Jake Gyllenhaal) put in place in the event he was defeated by Spider-Man (Tom Holland). It saw the famed newspaperman J Jonah Jameson, his Daily Bugle reimagined as an InfoWars-style video site, playing a video Mysterio made moments before he died, which ends with Mysterio revealing that Spider-Man’s true identity is Peter Parker.

But probably the most shocking part was the actor playing J Jonah Jameson: JK Simmons, reprising his role from the three Tobey Maguire-led “Spider-Man” films.

It’s tough to guess what this means. Is Simmons going to be playing the character in future movies, or is this just a fun Easter egg? For now, that really is all it is, because it’s not just the first appearance of Jameson in the MCU, it’s the first mention of the character at all.

And in case your mind is really running wild — no, this does not mean that those old “Spider-Man” movies are now canon in the MCU. The only way it could work is if Kevin Feige & Co. decide to embrace the multiverse and count all those Marvel movies outside the MCU as taking place in parallel Earths. But despite the tease in “Far From Home,” the multiverse still isn’t a thing just yet.

So for now, what happens at the end of “Spider-Man: Far From Home” is just the first example yet of Marvel bringing back an actor to play a character he’d previously played outside the MCU. And since it’s such a brief part, it would probably be a mistake to start speculating too wildly about what it means. Until somebody with authority says otherwise, the JK Simmons thing is probably just a fun addition meant to surprise and delight fans. And it definitely manages to do just that.