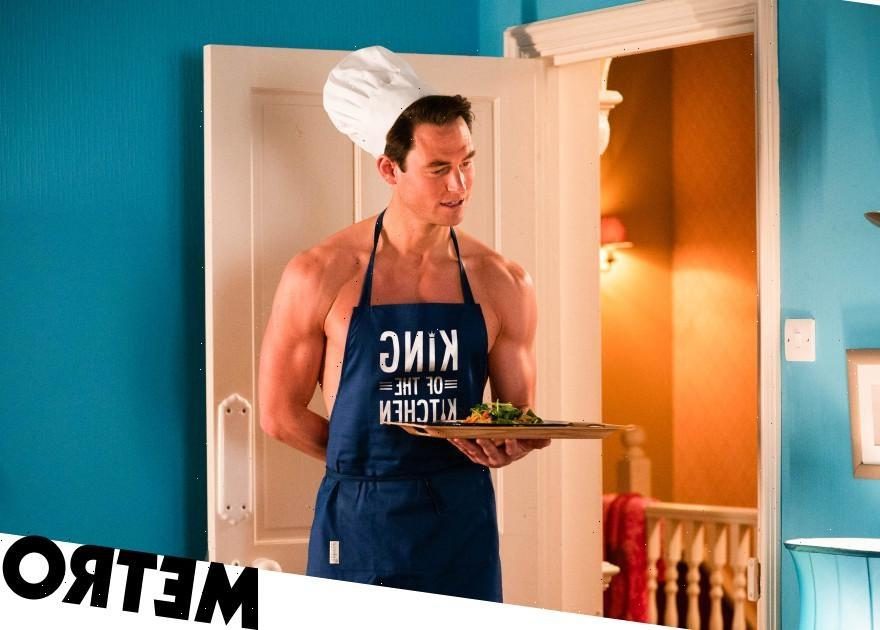 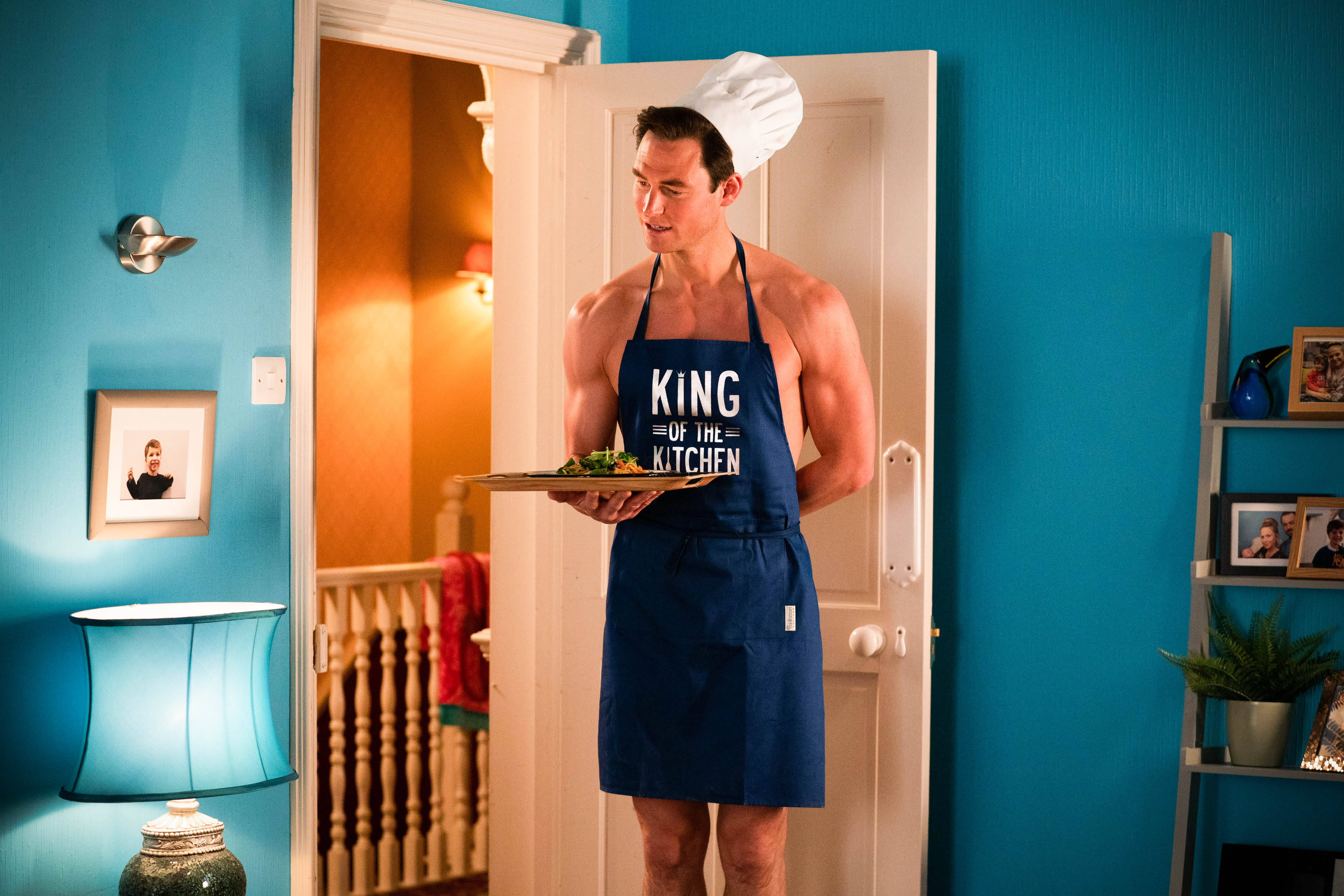 And it evidently does the trick, as Nancy is left smiling from ear-to-ear!

Or perhaps it’s simply the home-cooked meal that’s he’s prepared that has lifted her spirits? We’ll just have to wait and see.

Zack is, of course, attempting to hide his guilt, after he and Frankie Lewis (Rose Ayling-Ellis) knocked Nancy down earlier this week.

Nancy was feeling down after learning that her divorce from Tamwar Masood (Himesh Patel) had been finalised.

Frankie, meanwhile, knew something was going on with her sister, but not knowing what it was, she felt left out.

What’s more, Mick (Danny Dyer) was unable to take her for the driving lesson they’d planned, but after learning that Zack would be taking her instead, she was smiling once again.

Zack, however, decided to get Frankie to drive him around all of his favourite pubs, and soon enough, he was quite drunk.

Frankie was having fun nonetheless, but tragedy soon struck as their car collided with something.

And by something, we mean Nancy!

Zack covered up his and Frankie’s involvement in the incident, and subsequently played the hero.

Nancy, in spite of initial concerns that she might die, recovered in hospital, and Zack has been by her side ever since.

EastEnders airs these scenes Monday July 12 at 8:05pm on BBC One, but you can catch this episode on BBC iPlayer from 6am!