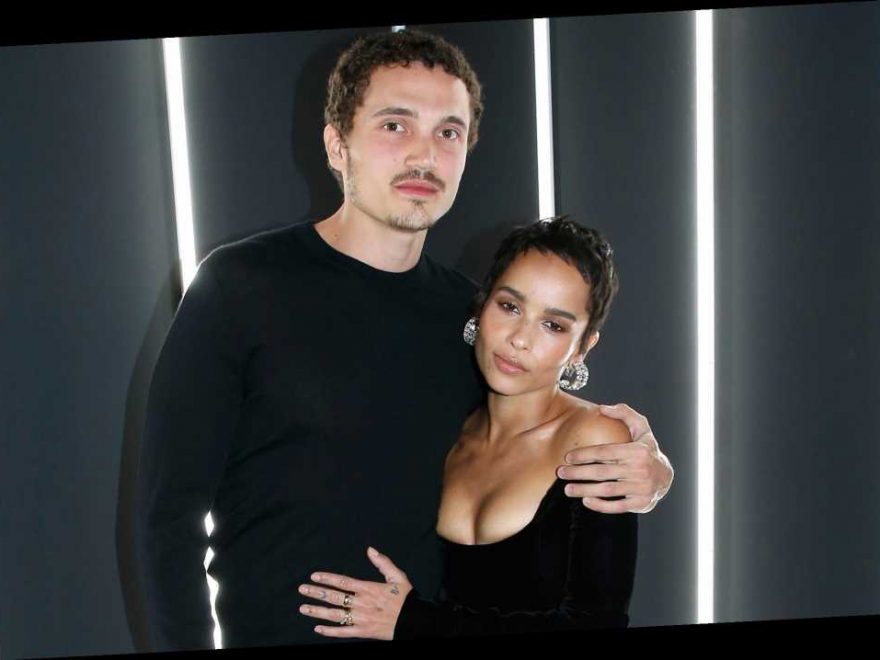 Zoë Kravitz has filed divorce papers to end her marriage to Karl Glusman.

On Saturday, a rep for Kravitz confirmed the pair's split exclusively to PEOPLE.

The actress, 32, filed for divorce from Glusman, 32, on Dec. 23, as seen in court records obtained by PEOPLE.

Below, a detailed timeline of Kravitz and Glusman's four-year relationship and everything they previously said about their romance. In late 2016, the pair, who met at a bar that year, were spotted together in New York City, fueling rumors of a romance. In October of that year, they were seen holding hands after grabbing dinner with Taylor Swift, Cara Delevingne, Dakota Johnson and other A-list pals at The Fat Radish restaurant.

Also in October 2016, they first made their relationship public when they enjoyed a date at a Kings of Leon concert in New York City.

Then, Kravitz made her Instagram debut on Glusman's page just weeks later. (Glusman has since deleted all photos of him and Kravitz from his Instagram account.)

And in September 2017, they celebrated their one-year anniversary publicly at the Emmy Awards.

For the July 2019 issue of British Vogue, Kravitz opened up about the night she met Glusman. “I love that it wasn’t on an app and that it wasn’t on a movie set,” she said. “My friend knew that I wanted to meet someone – not even to get serious, I think just to get laid, to be completely honest with you – and he brought Karl. I instantly felt something – then he turned around and started talking to the blonde girl next to him and I was like, ‘Wait, what?’ But he later told me that he was just nervous.” In October 2018, Kravitz revealed the engagement news in a Rolling Stone cover story.

“Oh yeah, I’m engaged,” the Big Little Lies star confirmed after the reporter spotted her ring, adding that he proposed in February of that year. “I haven’t told anyone yet — I mean, I haven’t told the world. I wanted to keep it private.”

Glusman, who burst onto the scene in 2015 with his movie Love, originally intended to propose in Paris but moved the moment to his and Kravitz's living room when work schedules scrambled his plans.

“I was in sweatpants,” she recalled to Rolling Stone. “I think I was a little drunk. I could feel his heart beating so fast — I was like, ‘Baby, are you OK?’ I was actually worried about him! I love that it wasn’t this elaborate plan in Paris. It was at home, in sweatpants.”

At the time, Kravitz also told the magazine, “I can be my weirdest self around him. It’s so relaxing to be around someone where you can be a hundred percent how you feel.”

Before confirming her engagement, Kravitz subtly wore her diamond engagement ring without fans knowing for eight months. In fact, she flashed her sparkler on the Met Gala red carpet that year in May.

The engagement ring was curated by The One I Love, an antique and modern jewelry store in N.Y.C., and the owner, Mia Moross, worked with Kravitz and Glusman on creating the perfect ring.

The actress chose an “extremely rare” vintage ring that is unique thanks to the size of the diamonds and its pristine nature. The store described the piece as an “18th Century diamond half-loop” that features a row of collet-set rose-cut diamonds in a closed back setting of silver-topped gold, which allows for the stones to emit a rich smoky hue. In June 2019, Kravitz and Glusman wed at the three-story, eight-bedroom, 18th-century Paris mansion owned by her father Lenny Kravitz.

For the rehearsal dinner, Kravitz wore custom Danielle Frankel white bike shorts and a matching white bandeau, over which she wore a beaded net dress. Glusman opted for a navy suit with a white button-down shirt and black tie, which he paired with brown dress shoes.

In July 2019, Glusman celebrated their one-month wedding anniversary with an Instagram post. “I believe our stars were written before we met, ‘Karl + Zoë, ride or die into the sunset…’ ” he wrote. Days prior to Glusman's post, Kravitz shared a professional photo of the actor's headshot with the simple caption, “husband.”

Months later, Kravitz kicked off 2020 with nearly 20 never-before-seen photos from the June nuptials on Instagram. The black-and-white images, uploaded in two galleries on Jan. 1, gave fans an insight into the wedding celebrations, for which Kravitz wore a vintage style, ankle-length white dress with a fitted bodice, scoop neckline and full skirt. The bride paired the look with white flats, a matching bowed headband and a bouquet of white flowers.

Meanwhile, Glusman wore a classic black and white tuxedo with a white shirt and a black bowtie.

Images of the pair's first kiss as husband and wife were among the photos shared as well as a picture of Kravitz and Glusman cutting one of their four wedding cakes. A handful of photos showed them also posing with celebrity guests including Alicia Keys.

In May 2020, Kravitz had nothing but sweet things to say about Glusman almost one year into their marriage.

The High Fidelity star appeared on Dax Shepard's podcast Armchair Expert and called Glusman was "the one" when Shepard asked how she knew that she would get married. "I feel I’ve known him my entire life," Kravitz told Shepard. "He’s just one of the kindest people I’ve ever met. He’s one of the most honest people I’ve ever met and I feel like I’ve known him since I was a kid, even though I haven’t. There’s this connection where it’s like we’ve always known each other, we’ve always lived together. It doesn’t feel like this foreign thing. We have a history, it feels like. You know how sometimes you have a weird part of your personality only your friends know from when you were young? We have that same part of our personalities, if that makes sense."

Kravitz later shared that her relationship with Glusman came after she hit a rough patch in her love life. "When I met him I was very much going through a dry spell. I had gone through a breakup and I hadn’t really met anyone that I had connected with in a while," she shared. "And my friend met Karl and fully brought him to a friend’s birthday party at a bar so I could meet him and have someone to hook up with. It was kind of meant to be a really casual thing, and then we just kind of never separated." In that same interview with Shepard, Kravitz spoke about the pressure of having kids after getting married and people fueling baby rumors. "A lot of people ask the question, 'When are you gonna have a baby?' or say things like, 'When's the baby?' and I really get offended by people assuming that's something that I have to do because society says so," she said.

At the time, Kravitz said she didn't know if she would have kids but she wasn't worried about it. "Right now, I'm certainly not in a place where I think I'm able to do that just 'cause of work and also just, man, I don't know, I like my free time," she explained.

Before news of her divorce was made public on , Kravitz, who will portray Catwoman in the upcoming Batman film starring Robert Pattinson, spoke about her marriage to Glusman in an interview with Variety that was published in June 2020.

"I’m married, and [making] less bad choices — I would like to think," she said. "You know, life is an ongoing struggle, so of course, there’s always work to be done. But there’s that first step where it’s like, I’m an adult."