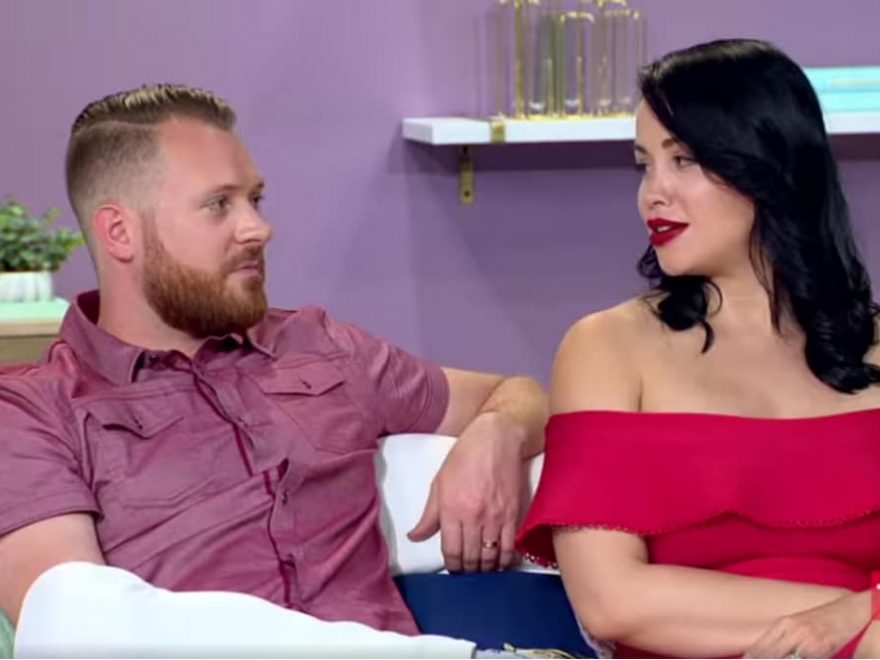 On the second part of the Season 4 90 Day Fiance: Happily Ever After? Tell All, Russ and Paola revealed that they are definitely not happy. The pair have shared the ups and downs of their marriage over the years but nothing prepared us for the revelation that came on Sunday night.

During the Tell All, Russ shared that he really believed having a baby with Pao would bring them closer. Then, shockingly, they admitted that if it weren’t for baby Axel, Russ and Pao might actually have called it quits.

Over the course of the season, Russ and Pao had their fair share of struggles but it was nothing unusual for the 90 Day Fiance couple. There was tension when Russ asked Pao to move back to Oklahoma and even moreso when she found out that he had a job all lined up.

Then, when Pao wanted to have a natural home birth, Russ couldn’t relate and that caused a bit of stress in their relationship as well. Not to mention when Paola became so overprotective of baby Axel that she wouldn’t let her mother-in-law hold the baby after traveling to Miami just to do that, it didn’t go over well with Russ.

But who would have thought that Russ and Pao would share that their marriage was in jeopardy at the Tell All? Of all the 90 Day Fiance couples, they always seemed pretty solid. Now, viewers are curious about whether they’re still together today after looking so miserable together on the show.

Are Russ and Pao from 90 Day Fiance still together?

While Russ and Pao definitely had 90 Day Fiance fans worried about the future of their marriage, it looks like the couple is still together. A quick look at their social media proves as much, since both of them are still posting photos of each other and photos of both of them together.

Russ even shared a photo of himself and Pao at the Tell All and they both looked pretty happy.

Ready or not, here comes the Tell All 😎 #90dayfiance #russandpao #90dayfiancehappilyeverafter

He also shared a picture of himself and Pao on a “bailando break” so it sounds like they have been spending time dancing together.

Paola is also sharing photos of the 90 Day Fiance couple together. Just two days ago, she shared the family photo below, showing off how big Axel is getting. It looks like she might even let Russ hold him now.

Things have definitely changed for Russ and Pao since they welcomed baby Axel and they did admit that there were definitely rough points in their relationship. However, Russ and Pao are still currently married and the 90 Day Fiance couple looks really happy based on the photos they have been posting lately.