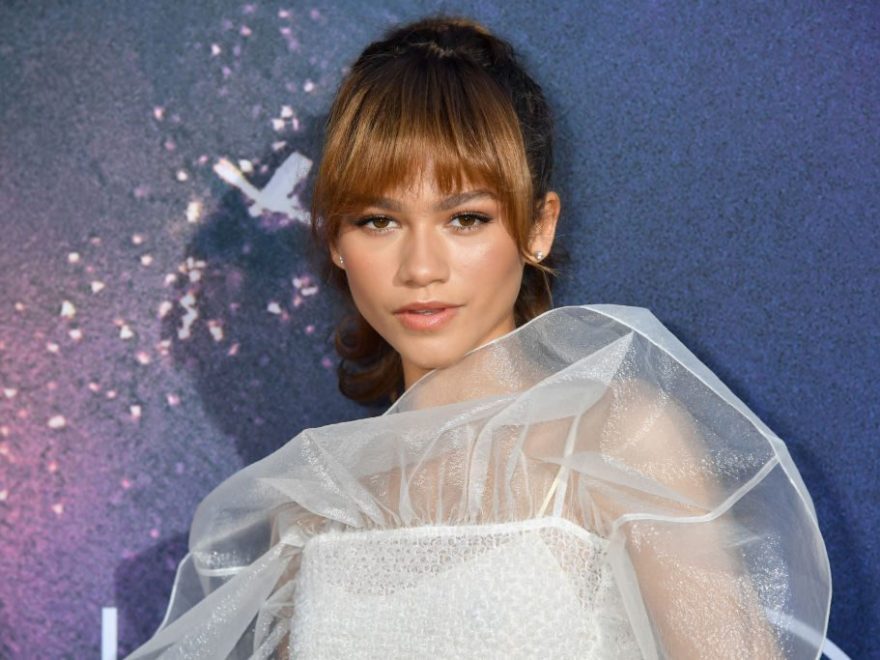 Rue, Jules, and the gang are back with more drama. This week, they’re tackling pregnancy, depression, and peeing. Here are some things you might have missed for the latest episode of HBO’s series Euphoria, entitled “The Trials and Tribulations of Trying to Pee While Depressed.”

This article contains spoilers from Season 1 Episode 7 of HBO’s ‘Euphoria’!

the trials and tribulations of trying to pee while depressed

Episode 7 started off introducing Cassie and talking about her early life. Viewers learn about Cassie’s r relationship with her father and how she falls in love with every guy she dates, despite a majority of them wanting to use her and film her. Then, Rue talks about McKay and how he fell in love with her, despite a few mistakes — including Cassie’s pregnancy.

The show switches gears to Rue’s story. She’s having these passing manic/obsessive and depressive fits. The high school student goes from lying on her bed watching 22 hours of Love Island, (too depressed to go to the bathroom,) to basically figuring out that Nate has something over Jules’ head. That’s why, Rue explains to Lexi in a detective-style episode, the guy Jules was talking to online was named Tyler and the guy who confessed to the assault is also named Tyler.

Rue explains all of this to Fezco and tells him she has a plan for the next step. If Fezco could threaten Nate with his gun, not even point the gun at Nate but just scare him a little, maybe he’ll back off Jules and confess to the crime. Unfortunately, it doesn’t go how Rue plans.

Jules visits a friend, Rue is stuck in her depression

Back with Jules, she’s also feeling depressed, mostly for lying to the police about Tyler committing a crime. She decides to take her mind off of it by going to visit a friend. Once Jules gets here, there’s a makeup artist who is already laying it on thick, asking if Jules in interested in women. Jules kind of brushes it off, explaining that she wants to conquer masculinity to conquer feminity and then move on to conquer the next thing.

The group then smokes and goes to a club, where Jules hallucinates and thinks she sees Nate in the crowd. He walks up to her, confesses that she’s beautiful, and the two make out — only it’s not Nate. Viewers see that Jules is actually making out with the woman from before. Even when Jules is lying with the woman in bed, she hallucinates and imagines its Rue. The next day, Jules texts Rue, saying that she misses her.

The show then focuses on Cassie, who called a meeting with a few of her close friends. She tells them she has to ask for advice on two things: number one, should she tell McKay about kissing Daniel. Absolutely not, Maddy says. Even though Cassie didn’t sleep with Daniel, kissing is still intimate. Maddy suggests Cassie should just deny, deny, deny. A few others agree, but before Cassie has a chance to ask about her second thing, Maddy and Kat get in a loud argument. Kat runs away crying, but not before accepting the offer from the anonymous man to be a camgirl.

Cassie ends up telling McKay about her pregnancy, but viewers don’t see her confessing to kissing Daniel. Regardless, McKay acts as expected — he asks Cassie if she’s okay and then says that they should get an abortion. After all, McKay’s still in school. He has to think about his future. Cassie starts crying, saying she wasn’t going to keep the baby, but she did want to dream about a life with McKay for a moment.

When does the next episode of ‘Euphoria’ come out?

Fezco, being the good friend that he is, does talk to Nate. He basically says for him to leave Rue and Jules alone or he’ll kill him. Nate’s father also has a quasi-conversation about how Nate got out of this situation. Cal tells him that he hopes Nate didn’t get the wrong message from getting out to trouble. Nate pushes past him without responding and slams the door. Later, Nate calls the police and reports Fezco for selling drugs.

Although Jules texted Rue about missing her, Rue doesn’t look at the message. Rue couldn’t make it to the bathroom, because of her depression, and landed on the floor. Rue’s mom then helps her up, gets her clean, and tells her that the fact that she didn’t turn to drugs means that she’s getting better.

Will Nate finally own up to his actions? (Not likely, but a girl can dream.) Does Fez get arrested? Will Rue go back on medication for her depression? Will Cassie get an abortion? All of these questions are leading to the season finale of Euphoria, premiering on HBO and HBO Go August 4, 2019.