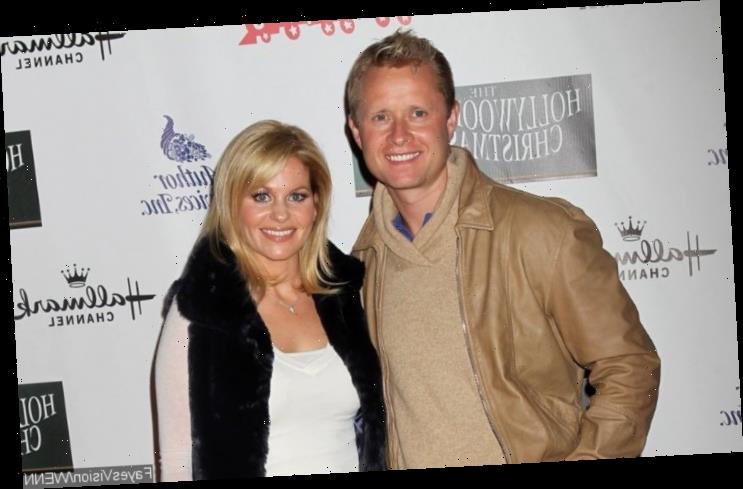 In a new interview, the ‘Fuller House’ star doesn’t understand why people would make a fuss over the Instagram photo as she says, ‘It’s so silly to me that it went viral.’

AceShowbiz –Candace Cameron Bure continued to defend her husband for his physical show of his affection to her. Two weeks after putting a defiant stance against complaints sparked by her social media photo that captured Valeri Bure grabbing her breast, the “Fuller House” actress finally fired back at those critics.

“I have no more to say about this photo. It’s so silly to me that it went viral,” the 44-year-old said during her appearance on “TMZ Live” on Thursday, September 24. She continued by pointing out, “If my husband is still grabbing my boobs after 24 years of marriage, I mean, what is there to complain about?”

“I’m pretty happy that he’s grabbing me,” the mother of three went on to explain. “I think there are a lot more important things going on in the world than this photo. But there were a lot of supportive people who were like, ‘right on, this is a fun marriage.’ We try to keep it fun and spicy, and that’s why I think we’re still together.”

In the interview, Candace additionally spilled that their son was actually the one who captured the viral image. However, she did not specify whether it was 20-year-old Val or 18-year-old Maksim. “[My husband] and I, we love showing affection towards one another and our kids are not embarrassed by it either,” she added.

When asked if their sons would be left grossed out by the handsy pose, the “Dancing with the Stars” alum calmly responded, “They know us.” She then explained, “They think it’s fun and I think we promote a very healthy relationship.”

Candace initially shared the “inappropriate” picture on her Instagram page, but was forced to delete it after it drew in criticisms. She later poked fun at the haters by reposting the snapshot on her Instagram Story feed. “Just a refresher of said post,” she wrote on the post, before adding on the same image, “He approved this post.”

Candace, who is a devout Christian, followed up the snap with several clips in which she defended herself. “For all of the Christians that are questioning my post with my husband’s hand on my boob – my husband of 24 years – thinking it was inappropriate, it makes me laugh because it’s my husband,” she clarified.