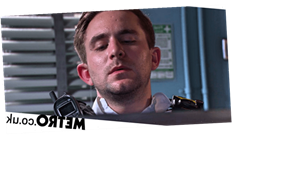 It seems as if the residents of EastEnders are set to be rocked by a fatal car accident, but jut who is it that dies?

Death is a regular visitor to Albert Square, and many a mainstay have lost their lives while residing there, but could we be about to bid farewell to another?

Therefore, he set’s up with a support officer.

The question is: what has happened? What’s more, who has died?

Callum has been through a lot as of late, as he’s found himself torn between love and duty once more.

Since the BBC One soap returned to screens on September 7, he’s been at the beck and call of DI Steve Thompson (Phillip Wright).

However, matters were complicated further when Ben Mitchell (Max Bowden) was spotted on CCTV from a warehouse job, and Callum kept shtum.

When Ben was eventually arrested following a failed attempt to set up Danny Hardcastle (Paul Usher), DI Thompson issued Callum with an ultimatum, promising to let Ben off the hook if he helps him to secure evidence on Phil (Steve McFadden).

Callum ultimately decided to assist the detective, and in last night’s episode, Phil issued the young man with a proposition — which left him in a really awkward position!

EastEnders continues Friday September 25 at 8:30pm on BBC One.