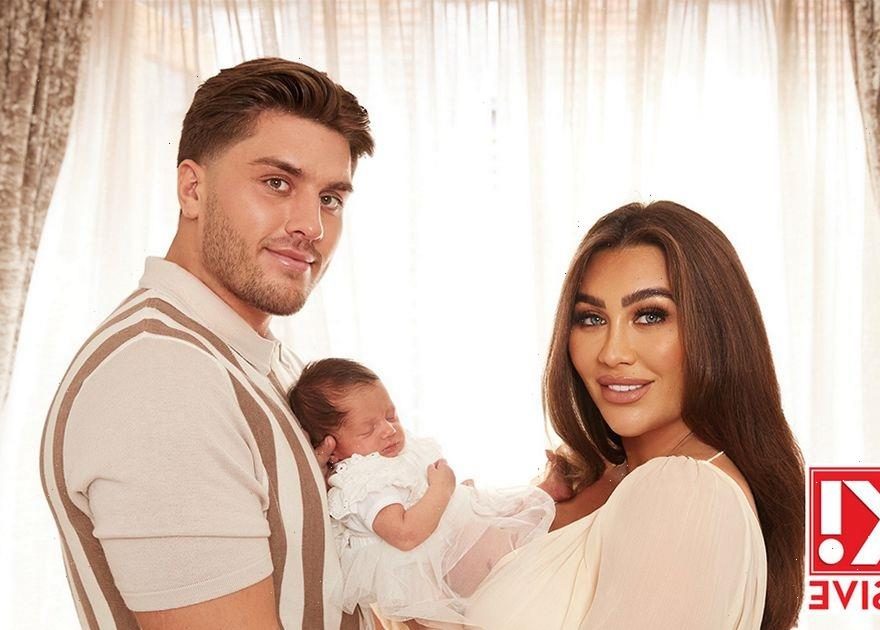 You couldn't get a more loved-up couple than Lauren Goodger and Charles Drury.

After welcoming their baby girl Larose on the 20th July, following a seven-hour labour in a natural home birth, Charles told OK! he "can't put into words how much love" he has for both of them.

"We had the home birth and when I watched her come out, I just broke down in tears," the builder, 24, said.

"I couldn’t control my feelings – it was like a cloud nine feeling.

"The next few hours I felt a love and happiness running through me that I can’t even describe.

Get exclusive Love Island stories and fabulous updates straight to your inbox with OK!'s daily Factor 50 newsletter. You can sign up at the top of the page.

"Lauren was amazing throughout the pregnancy and very happy, but seeing what she went through with the pregnancy, how she coped with it and then watching her going through the labour and how she was with our little girl, it made me fall in love with her all over again."

The new parents can't hold back their adoration for their baby girl, who weighed a healthy 8lbs 9oz, as Lauren explained she feels "in sync" with her newborn and is breastfeeding as much as she can, as well as expressing.

And alongside her bundle of joy Lauren is just as in love with the father of her child Charles and said creating a family together has made them even "stronger" as a couple.

The 34-year-old former TOWIE star told us: "As much as we were in a loving relationship, having her has made us so much stronger and solid and a real family – not just a boyfriend and girlfriend.

"We’ve got this beautiful little girl and she’s just so perfect. We’re living indoors – we’ve only been to my dad’s. We’re in our own little bubble. World War Three could have started and we wouldn’t know!"

Lauren gave birth to her baby Larose, who she named after herself, in a birthing pool in the front room of their Essex flat and told OK! she was "screaming" throughout the labour.

"I went through hours and hours and the first time the midwife checked me I was 8cm dilated, so I worked as hard as I could and breathed through it," she said.

"I didn’t get a break because once contractions started they were every 30 seconds – I thought I was going to die! This pain was so bad that I couldn’t take it and I was exhausted, but when you get to the end bit and she’s actually coming out, it’s like you get this other energy."

For more celebrity exclusives and interviews sign up for OK!s daily newsletter here.