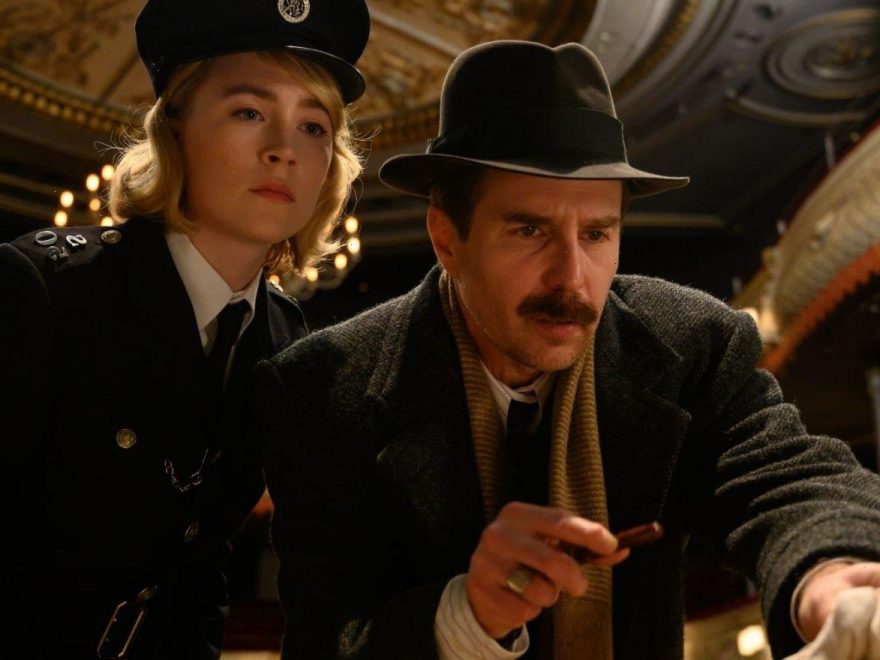 Whether she’s giving us a million new reasons to love Josephine March in Greta Gerwig’s Little Women, stepping into the well-heeled shoes of royalty in Mary, Queen Of Scots, or giving us major angsty teenage vibes in Lady Bird, Saoirse Ronan is the kind of actor who smashes it out of the park every single time she appears on screen.

Is it any wonder, then, that our ears pricked up when we learned she’s set to star in a new murder mystery?

Foe: Paul Mescal and Saoirse Ronan will star as lovers in this tense new thriller

Here’s what you need to know about See How They Run.

What’s the plot of See How They Run?

See How They Run takes us deep into the belly of the West End of 1950s London, where plans for a film adaptation of a smash-hit play come to an abrupt halt after a pivotal member of the crew dies under extremely suspicious circumstances.

Cue the arrival of cynical Inspector Stoppard and eager rookie Constable Stalker, who quickly surmise that murder is afoot. But, as they follow the threads of the case, they soon find themselves thrown into a puzzling whodunit within the glamorously sordid theatre underground…

And (you guessed it) the killer is watching their every move.

Who stars in See How They Run?

Jojo Rabbit’s Sam Rockwell stars as our world-weary Stoppard, while Ronan takes on the role of the (perhaps overly) enthusiastic Stalker.

Sian Clifford stars alongside Saoirse Ronan and Sam Rockwell in See How They Run.

As if that weren’t enough starpower already, though, the film has clearly taken inspiration from the success of Knives Out with a ridiculously good ensemble cast. Which means that, yes, Adrien Brody, Ruth Wilson, Sian Clifford, David Oyelowo, Reece Shearsmith, Shirley Henderson, Charlie Cooper, Jacob Fortune-Lloyd , Pearl Chanda, Harris Dickinson, and Pippa Bennett-Warner are just a few of the big names you can expect to see popping up throughout.

Who wrote and directed See How They Run?

Produced by The Iron Lady’s Damian Jones and Gina Carter, the film features an original screenplay from acclaimed writer Mark Chappell (whose work you may know from Netflix’s Flaked) – and is directed by the Bafta award-winning director of This Country, Tom George.

Is 2021 the ultimate year for musicals? Here are all the top singalong films you have to see this year

What are people saying about See How They Run?

Speaking about his feature directorial debut, George has said: “Making my debut feature with a company like Searchlight and this incredible cast has been a total dream.

“I’m so excited to bring this thrilling, smart, funny murder mystery to audiences. Doing so with the company behind such brilliant ensemble films as Jojo Rabbit, Birdman and The Grand Budapest Hotel has really been the perfect fit.”

Pearl Chanda, best known for I May Destroy You, will also star in See How They Run.

Searchlight heads of film production Katie Goodson-Thomas and DanTram Nguyen, meanwhile, add: “We have been enamoured with Tom George and his work with the BBC for years. His knack for bringing stellar performances from an ensemble cast across multiple genres made him the perfect choice to lead the talented team of See How They Run.

“We are pleased to welcome several members of the Searchlight family back to the fold like Saoirse, Sam, Adrien and David for this entertaining whodunit.”

When can we watch See How They Run?

Production recently wrapped on the film, which was filmed on location in London earlier this year at the likes of the Dominion Theatre on Tottenham Court Road, St. Martin’s Theatre in the West End, and the Old Vic Theatre.

Searchlight has promised, then, that See How They Run is set to be released in cinemas in 2022. We can’t wait, quite frankly.