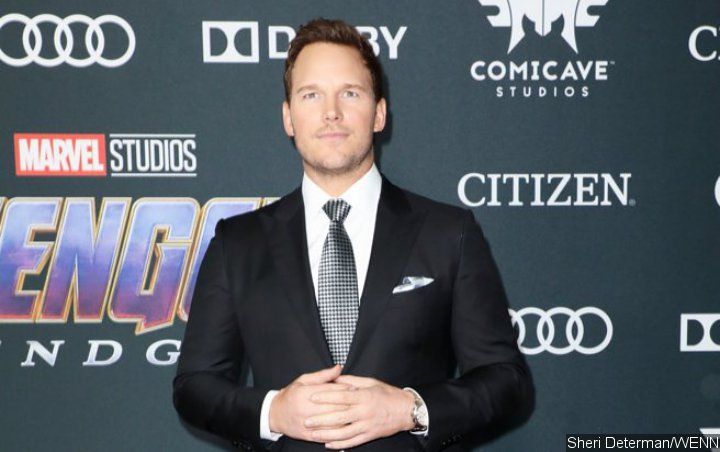 The ‘Avengers: Endgame’ star is called a ‘white supremacist’ for wearing a T-shirt featuring the Gadsden flag, which has ties to far-right political groups, while some others like political commentator Ben Shapiro defend the actor.

AceShowbiz –Chris Pratt has come under fire for wearing a pro-America T-shirt. The newlywed donned a top, which features the American flag with a coiled rattlesnake in front of it with the text “Don’t tread on me”, during an outing with his wife Katherine Schwarzenegger in Pacific Palisades, Califorina on Sunday, July 14.

The coiled rattlesnake and the “Don’t tread on me” motto are from the iconic Gadsden flag, which was created by American general Christopher Gadsden in 1775 during the Revolutionary War. It was meant to symbolize liberty and freedom.

While the flag is used by the U.S. Men’s Soccer Team, as well as the band Metallica, in recent years it has been adopted by far-right political groups, such as the Tea Party, and Second Amendment supporters.

In 2016, the Equal Employment Opportunity Commission ruled that the flag could be viewed as racial harassment in the workplace, explaining it can sometimes be “interpreted to convey racially-tinged messages in some contexts.”

People have since accused Chris of being a white supremacist for wearing the controversial T-shirt. “Nice shirt… Only people I see with that flag are alt-right racists,” one Twitter user snarkily commented. Another wrote, “Unfollowed already. Haven’t liked him since Parks & Rec anyhow, and I can easily cancel him in that too. @prattprattpratt hope those bigots pay you a good pay check.”

Some others, however, have defended the “Guardians of the Galaxy” star. Conservative political commentator Ben Shapiro tweeted, “This is pure idiocy. Not every symbol of the early republic is a white supremacist symbol, unless you are a moron.” Another added, “How the hell is the ‘don’t tread on me’ flag, which is fully authorized by the @USNavy racist? Stay strong @prattprattpratt.”

Syndicated columnist Jonah Goldberg, meanwhile, blames the press for stirring the debate. “Shame on @Yahoo for this trash,” he reacted to the news. “A handful of dumb Twitter comments isn’t a news story you click-baiting parasites. There nothing white supremacist about that T-shirt. It’s like everyone wants to be stupid and make everything worse.”

Chris remains mum on the debate over his T-shirt. The T-shirt is actually from a pro-veteran nonprofit called the Brain Treatment Foundation, an organization which the 40-year-old hunk has publicly supported in the past.

The organization posted a picture of Chris wearing the T-shirt on its Facebook page and wrote along with it, “We are honored to work with the silent warriors who sacrifice greatly so that others may live free, who defend our freedom, who live with honor and by the word of God. These warriors hunt evil to protect our peace, while those who disparage their sacrifices and our nation from behind a computer screen, pretend it doesn’t exist.”

The organization went on explaining the insignia on the T-shirt, “We are proud of the American flag and all symbols that represent the freedom brave men and women have shed blood for since the inception of our great country.”