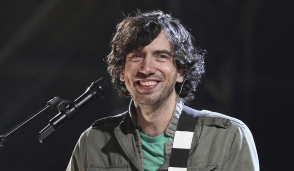 The biggest song of the 21st century was written by a pale-faced, scraggly-mopped Irishman wrestling an apocalyptic hangover. ‘Chasing Cars’ by Snow Patrol has just been named the most played track on British radio since 2000 – knocking Pharrell, Taylor Swift and, for that matter, U2 and Hozier into the ha’penny spot.

‘Chasing Cars’ is ever present on Irish radio too, of course. You only have to close your eyes to summon that chorus that seems to tumble on forever. “If I just lay here,” coos Gary Lightbody at full sensitive dude tilt. “Would you lie with me and just forget the world?”

Snow Patrol have performed ‘Chasing Cars’ at almost every concert since the song’s release in early 2006. Without fail, it’s that moment in the evening when the atmosphere turns a bit Westlife. Hands are held aloft, everyone sways from side to side. People often mouth the chorus so that Lightbody can let them do the heavy lifting. You may feel as if you are being boiled in treacle.

Big isn’t always beautiful, obviously. And for many, ‘Chasing Cars’ has long since worn out its welcome. It is certainly a broad-strokes smash. In that sense, it is also a very Irish hit. From U2’s ‘Beautiful Day’ via The Cranberries’ ‘Zombie’ and Hozier’s ‘Take Me To Church’, when Irish bands break big, it is with tunes that wear their hearts on huge flapping sleeves.

Still, there’s no arguing with its impact. UK music licensing body PPL ranked it as the most played song on British radio ahead of ‘I Gotta Feeling’ by the Black Eyed Peas and ‘Happy’ by Pharrell. The difference between those tunes and ‘Chasing Cars’, of course, is that they are uplifting, where as the Snow Patrol smash is quite the downer.

And yet it has gobbled up airplay. One significant boost was the support of Grey’s Anatomy. The mid-2000s saw the medical drama rule supreme as shop-window for upcoming musicians. Not that Lightbody and his bandmates were particularly aware when they licensed ‘Chasing Cars’.

Only later, as their online following surged, did the penny drop that something was afoot. Lightbody is largely mystified by the impact of the song.

“I have never been able to figure out entirely why it’s been such a success,” Lightbody confessed. “It’s simple, it’s heartfelt, it’s honest – these are all things appealing to people and I don’t know why.”

There’s a bleak undertow to the story. ‘Chasing Cars’ came to Lightbody the morning after a lost night with several bottles of white wine. He was staying with Snow Patrol’s Dublin producer Garret ‘Jackknife’ Lee at Lee’s cottage in Kent. As his head cleared, Lightbody retired to the back garden with his guitar. The subject matter was a girl upon whom he had an unrequited crush growing up in Bangor, Co Down.

The title came from his father’s thoughts on the infatuation. “You’re like a dog chasing a car. You’ll never catch it and you just wouldn’t know what to do with it if you did.”

At the time, writing through a hangover would have struck Lightbody as merely a component of his lifestyle as a mid-level rock star. But his relationship with alcohol would turn increasingly grim. Several years ago, he was living alone in Los Angeles, isolated from friends and family, and hitting the bottle everyday. “The shift was drinking alone,” he told The Late Late Show. “Drinking alone a lot.”

So while ‘Chasing Cars’ is on one level, a drippy love song, it is also a product of the early stages of a crippling addiction. That gives it a tinge of menace – it’s a serenade that hints at something darker. Maybe that is why it has become more than a mere misty-eyed ballad and is now an anthem for the ages.