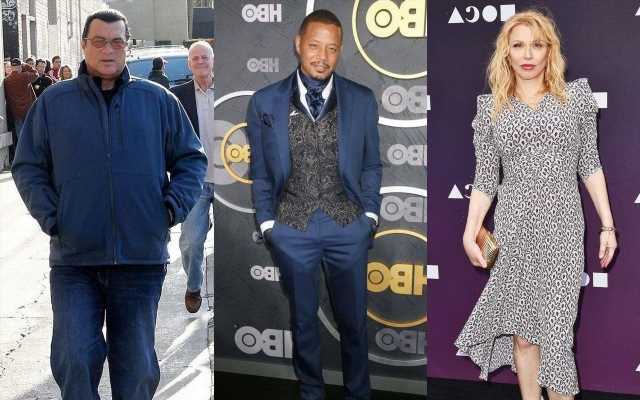 The Hole lead vocalist, the ‘Empire’ actor, and the action movie veteran are among the Hollywood public figures owing the government in a list published by the State of California Franchise Tax Board.

The 56-year-old singer is included on the State of California Franchise Tax Board’s Top 500 delinquent taxpayers list, which is published every two years.

In an Instagram post, the Hole frontwoman opened up about the “mega aggressions” she has encountered over the years and insisted she was tired of “being scapegoated” by “clowns” when the treatment she’s experienced and witnessed had been ignored.

She ranted, “Here’s a few receipts from some mega aggressions I’ve had to deal with, make myself small for, stop righteous lawsuits over, (‘we are not doormats’ my sponsor always quotes to me) due to male privilege in all its vile toxicity (sic). When @sharonstone was asked if she had any #metoo’s, she just laughed. We only get 1 right?”

Courtney also insisted she’s “over being made small” and slammed former Nirvana drummer Dave Grohl‘s reputation as “the nicest guy in rock” before turning her attention to Reznor, who she branded a “creep” and claimed she witnessed the Nine Inch Nails frontman abusing “girls as young as 12” when she was on the road with Hole.