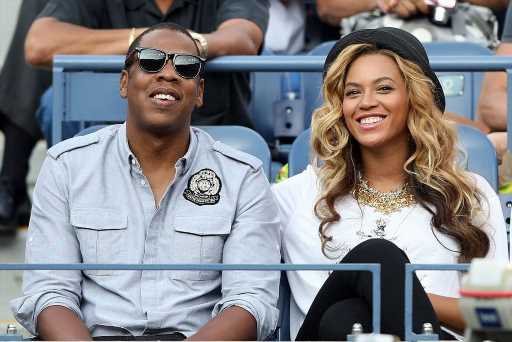 Beyonce and Jay-Z are two of the most powerful stars around. With Jay-Z rocking a musical empire and Bey taking over concert halls like there’s no tomorrow, it’s easy to forget they have a home life too: One that consists of a multi-million dollar house, a life of luxury, and three children.

While the two celebrities may not have much free time, there’s no way Rumi, Blue Ivy, and Sir Carter don’t get penned into their schedules. The lucky children without a doubt have amazing lives, but have their parents blessed them with any pets to liven up their days?

Celebrities have had quite a few interesting pets in the past. Slash had a beautiful boa by the name of Pandora, who appeared in the Patience music video. Kim Kardashian and Michael Jackson owned chimpanzees. Timeless actress Tippi Hedren owned a lion and Mike Tyson and his family owned several Bengal tigers.

So it’s no surprise that during a visiting to Thailand, Bey and Jay took little Blue Ivy to meet her first “not so big” cat. The family visited Phuket’s FantaSea Theme Park, where they were able to interact with all types of animals, including a baby tiger. While the positive experience will most likely be with Blue Ivy forever, animal activists weren’t pleased about the published pics.

“Tourists like Beyoncé are often unaware of the cruelty tigers suffer for these tourist attractions. The tigers used for these photos are often forcibly removed from their mothers to be fed artificially by tourists. They are also crammed into tiny cages or chained to the floor for long periods.” – World Animal Protection

With such a big blowback, it’s no surprise the Carters decided to opt out of trying to claim any exotic cats for their own. Not to mention, Beyonce doesn’t have the best track record with PETA. Her love for fur coats has made her one of the most despised celebrities amongst hardcore animal lovers. I mean, who wears fur to a vegan restaurant? Beyonce, apparently.

Perhaps the tiger incident is what inspired the purchase of a brand new pup the following year. During the summer of 2016, Beyonce was spotted sashaying through the New York City streets with Blue Ivy and an adorable white puppy in tow. It was the first time the public had caught wind of the new addition to the family.

Reportedly, the happy trio was on their way to rub shoulders with Michelle, Sasha, and Malia Obama to celebrate Labor Day and Beyonce’s 35th birthday. Considering the Obama’s have puppies of their own, Portuguese water dogs Sunny and Bo, this comes as no surprise! Not to mention the two families became quite close ever since former President Obama’s inauguration.

Instead of taking a page from her besties book, the Carters decided to go with what looks like a poodle or a Maltese.

Beyonce shares her name with the world’s tiniest dog

Well, at least she was almost the world’s smallest dog, back in 2012. Beyonce, named after the Queen herself, is a Chihuahua-Dachshund mix that was born in Sacramento, CA. The tiny pup weighed 4 oz at birth and was expected to top out at just 1.5 lbs. Sadly, despite the big name, the little dog was unable to latch on to the title.

A super tiny pure-bred Chihuahua stole the crown instead. Little Miracle Milly is on 3.8″ tall and comes in at about a pound. This was when she was two years old, so it’s safe to say she won’t be getting any bigger!