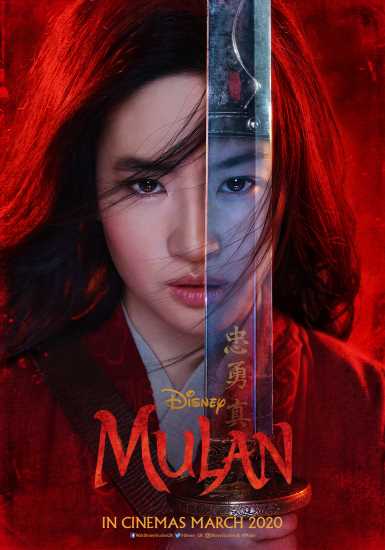 EXCLUSIVE: Disney dropped the teaser trailer for next year’s Mulan during half-time of the Women’s World Cup final on Sunday, and the world took notice. In its first 24 hours, the first-look logged 175.1M online views, topping all Disney Live Action comps save The Lion King which roared to a record 224M in its debut last November.

The 24-hour numbers on Mulan make it the No. 7 trailer launch of all time, in the company of such pics as Avengers: Endgame, Avengers: Infinity War, Lion King, IT and The Fate Of The Furious.

Of the 175M global Mulan look-sees, 52M came from China. The video uploaded by Disney there was reposted with frequency in the neighborhood of teasers for such mega Disney/Marvel titles as Endgame and Infinity War. Mulan was also trending in China a few hours before the teaser drop, and after.

Mulan is the live-action remake of the 1998 animated story about a young woman who risks everything out of love for her family and her country to become one of the greatest warriors China has ever known.

The original animated version, which made $304M globally, had a small 1999 China release, well after the domestic debut, and faced criticism at the time. However, reaction to the trailer for the current film has been largely positive. Star Liu Yifei has been warmly received on local social media as “China’s first Disney princess,” according to reports.

A source tells me that while most Chinese know the lore of Mulan (more recently, a 2009 local film starred Vicki Zhao), many today are intrigued to see how Disney brings the live-action Chinese story to the world.

The full synopsis reads: When the Emperor of China issues a decree that one man per family must serve in the Imperial Army to defend the country from Northern invaders, Hua Mulan, the eldest daughter of an honored warrior, steps in to take the place of her ailing father. Masquerading as a man, Hua Jun, she is tested every step of the way and must harness her inner-strength and embrace her true potential. It is an epic journey that will transform her into an honored warrior and earn her the respect of a grateful nation… and a proud father.

Mulan is directed by Niki Caro from a screenplay by Rick Jaffa & Amanda Silver and Elizabeth Martin & Lauren Hynek, based on the narrative poem “The Ballad of Mulan.” The movie also stars Donnie Yen, Jason Scott Lee, Yoson An, Gong Li and Jet Li.

Disney releases domestically on March 27, 2020 and begins international rollout that same week. As per norm, word on a China release wouldn’t be expected to come until closer to launch.

Here’s another look at the teaser from Sunday: