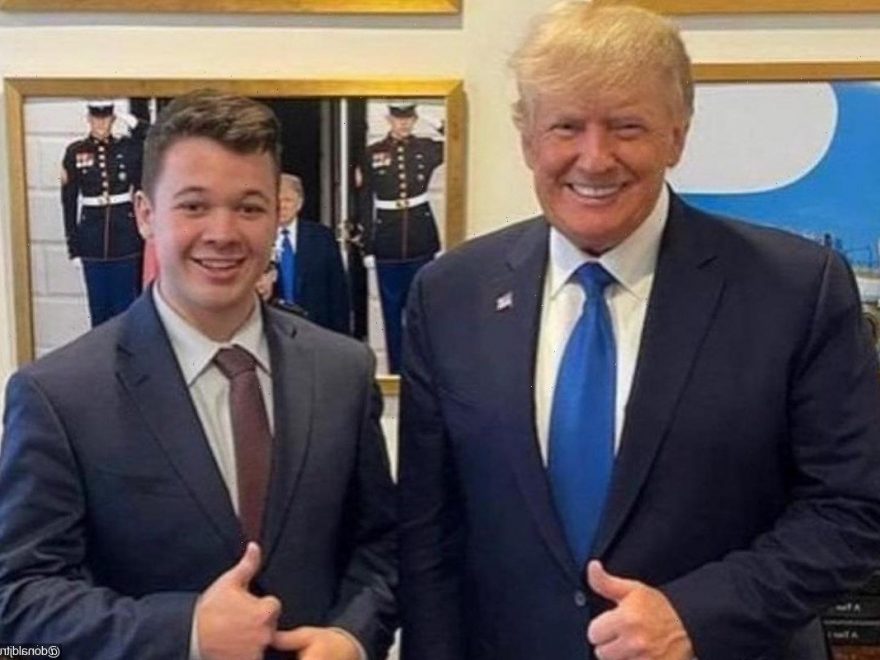 When speaking about the teen’s acquittal, the former president of the United States insists that the Antioch native ‘should not have had to suffer through a trial’ after shooting three protesters in 2020.

AceShowbiz –Donald Trump has his full support for Kyle Rittenhouse. Revealing that he has met the teen after his acquittal, the former president of the United States gushed over Rittenhouse as he called him a “nice young man.”

Trump revealed that Rittenhouse and his mom visited him at the Mar-a-Lago estate in Florida. “Really a nice young man. What he went through – he should’ve, that was prosecutorial misconduct. He should not have had to suffer through a trial for that. He was going to be dead,” the former leader told Fox News’ Sean Hannity in an interview.

“If he didn’t pull that trigger, that guy that put the gun to his head, in one-quarter of a second, he was going to pull the trigger – Kyle would’ve been dead,” the controversial politician added. “Just left Mar-a-Lago a little while ago and he should never have been put through that. That was prosecutorial misconduct, and it’s happening all over the United States right now with the Democrats.”

Rittenhouse was acquitted on murder charges on Friday, November 19. He was previously charged with two counts of homicide, one count of attempted homicide, recklessly endangering safety and illegal possession of a dangerous weapon by a person under 18. This stemmed from his shooting back on August 25, 2020.

At that time, Rittenhouse reportedly shot three protesters after traveling with an AR-15-style rifle from Antioch, Illinois, to Kenosha, Wisconsin while the city was engulfed in civil unrest following an earlier shooting by a Kenosha police officer that left Jacob Blake paralyzed. However, he claimed that he went down the streets with the intention of protecting property from looters. His attorneys also had maintained that he was acting in self-defense.