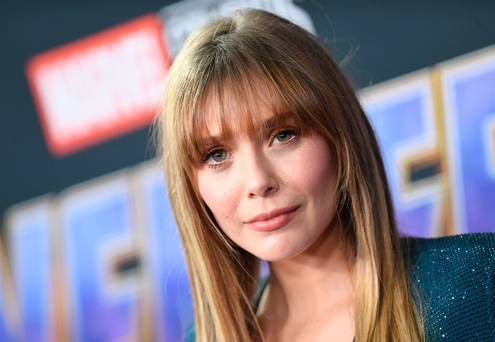 The 30-year-old actress – who is the younger sister of Mary-Kate and Ashley Olsen – is reportedly set to walk down the aisle in the near future after Robbie Arnett popped the question following three years of dating, according to PEOPLE.com.

The couple are yet to confirm their engagement news, but it seems a wedding could be on the horizon as two years ago Elizabeth spoke about having children.

She said at the time: “I was also thinking, ‘There’s this small room upstairs, which would be good for a kid. I don’t know where things will lead, but I do think about it in that way: ‘I think I could raise kids here.’ “ The pair first started dating in 2016 but it wasn’t until September 2017 when they made their relationship public by attending the Gersh pre-Emmys party together.

This isn’t the first time Elizabeth has been engaged as she was previously set to wed ‘Narcos’ actor Boyd Holbrook, but they broke off their engagement in 2014.

The engagement news comes just days after the ‘Avengers: Endgame’ actress’ sister Ashley sparked speculation she was heading for the aisle.

The 33-year-old fashion guru set tongues wagging earlier this week when she was spotted wearing a diamond jewel on her ring finger while out in Los Angeles with her partner Louis Eisner.

The brunette beauty happily paraded the ring as she and Louis made their way to a screening of ‘Once Upon A Time in Hollywood’ followed by a romantic dinner.

The couple have been romantically linked for almost two years now and they’re not afraid to flaunt their relationship while out and about in the public eye. A source said last year that the two “seemed very comfortable with each other as Eisner “had his arm around her and they were talking the whole time.”