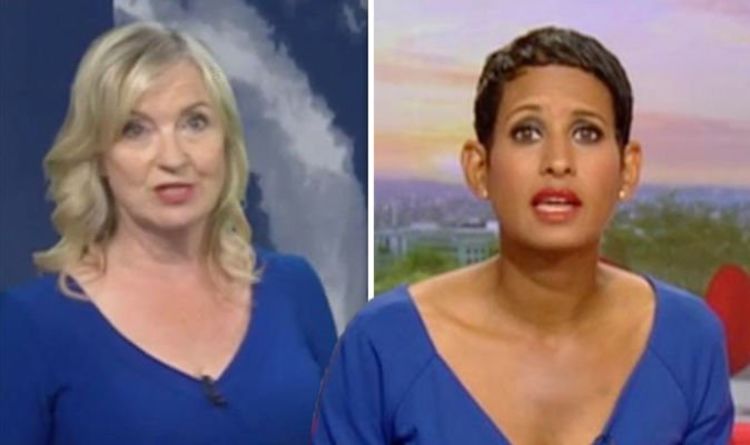 Meanwhile, Carol was on hand to give viewers the forecast for the next few days across the country.

After Carol delivered her second weather report of today’s show, Naga took the opportunity to note how they were both wearing a similar shade of blue.

“I’m glad we both got got the memo about wearing blue today, someone ignored it,” Naga said in reference to Charlie.

“Speak for yourself love!” Naga retorted.

“Oh shut up!” Naga jokingly exclaimed before collecting herself.

She apologised to Carol as she said: “Sorry Carol, I’m going to get in trouble for that.” 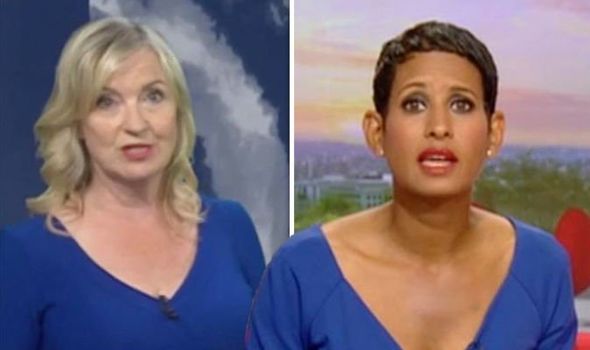 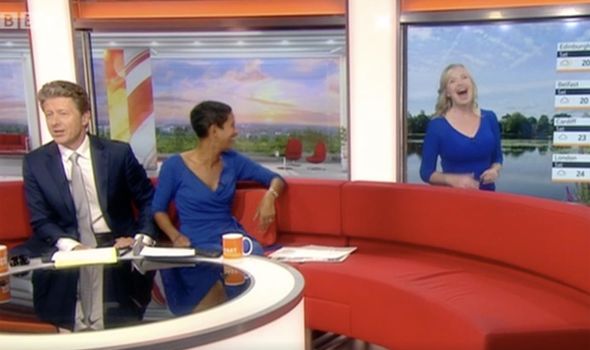 However, despite the comments made between the pair it was clear it was all taken in good-humour.

Last month, Carol spilled that she was working on a thrilling new project.

The reveal came as Dan Walker asked her if she wrote a book, what would it be about.

Carol dropped a bombshell on her colleagues as she said she was actually working on a book already.

“Actually, I am going to be writing a book and it’s fiction, so watch this space,” she said. 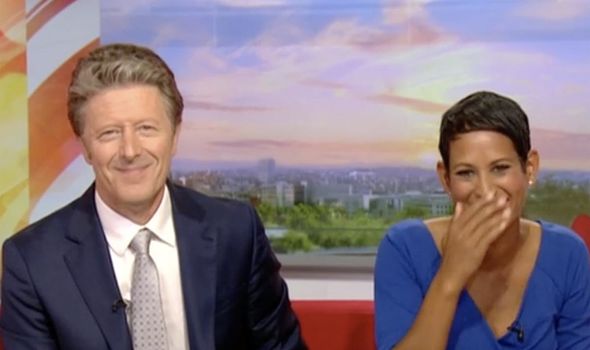 On the novel’s release date, she added: “I haven’t started it yet but it will probably come out later this year or maybe next year.”

The presenter announced that she was pregnant with her first child as she posted on Twitter: “I see my news is out! Yep, I am no longer with pot belly… I am now with child #babyonboard.”

Steph also divulged that the baby whom she is expecting alongside her TV executive girlfriend, is due to arrive in November.