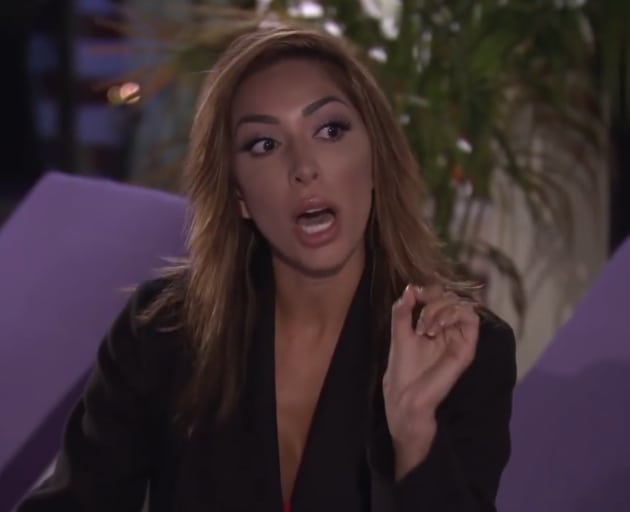 Farrah Abraham doesn’t hesitate to go off on her “haters,” which is what she calls any and all of her critics.

But when it comes to fighting a lawsuit, Farrah is much better at avoiding conflict.

She’s being sued for six figures right now, but is so good at ghosting that she hasn’t even been served with papers.

Back in February, Farrah Abraham was sued for $101,000 by her former landlord.

(Why is it that every time that we write about Farrah’s business ventures, one store or another seems to be closed or closing?)

The plaintiff has been trying to serve Farrah with papers in order to get the ball rolling on the lawsuit.

There’s just one problem — Farrah has made herself impossible for process servers to find.

Now, according to court documents obtained by RadarOnline, the Plaintiff is asking the court to give them another option.

After about six months of failures, the judge is being asked if a family member of Farrah’s, such as her father, might be served in her stead.

The Plaintiff has already tried to serve Farrah’s father, but he told the server that Farrah didn’t live there and to get off of his property.

The process servers may need a lot of luck.

“At the end of September 2018, F&S ceased business operations and abandoned both Suite 300 and Suite 400,” court documents accuse.

The court filing adds: “In addition, F&S failed to make the required monthly payments under the First Lease and Second Lease.”

An attorney for Farrah says that the former Teen Mom OG star has “no intentions on making any further payments under either lease agreement.”

Plaintiff is still seeking “the amounts due and owing under the First Lease and the Second Lease.”

“This failure to pay the amounts due and owing constitutes a material breach of the Guaranties,” the court papers read.

“For example, Plaintiff tried to serve Abraham when it saw she was in Austin at Terry Black’s BBQ,,” court papers read.

The document continues: “But by the time the process server arrived, Abraham had left.”

Indeed, Farrah travels all over the world. Even using Instagram to stalk her can only be so helpful.

Just days ago, Farrah Abraham was cheering on Donald Trump, which she has been doing since 2016.

It’s striking to think of just how much these two former reality stars have in common.

From word salad to racism to a string of failed businesses, Farrah and Donald were clearly cut from the same terrible cloth.

And this story is a reminder of yet another thing that the two have in common: not paying their debts and ducking efforts that people make to recoup their losses.

Great, now we have to worry about the idea of Farrah running for higher office one day. New nightmare fodder.