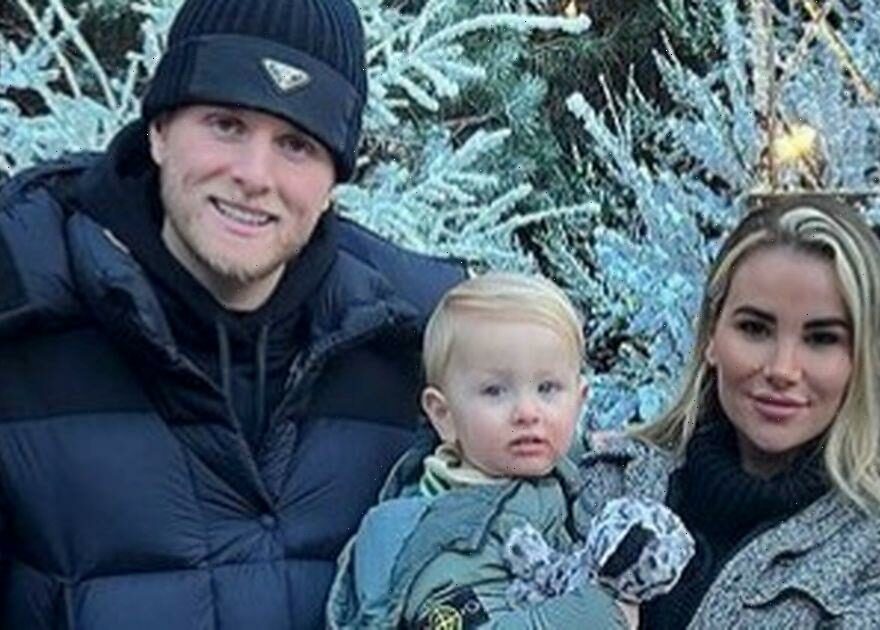 Tommy Mallet has melted the hearts of his fans with an adorable video of his son Brody telling him "love you" for the first time.

The 30 year old, who recently broke down in tears as he recalled his near split from fiancée Georgia Kousoulou, took to his Instagram feed to share the reel for his 1.1million followers to see.

In the clip, Tommy is seen sitting down as Georgia, 31, brings their son over to him. "Give me a kiss," Tommy says before planting one on his 18 month old son. "Love you!" he adds.

As Georgia turns to take their son away for bedtime, Brody responds: "Love you," as his dad praises: "Good boy!"

In the caption, Tommy told his fans: "True happiness! Brody just said love you for the first time when he was going to bed! I’m so grateful for my family," followed by a red heart emoji.

Georgia immediately responded to the sweet moment as she said: "The best ever," with two crying emojis.

Meanwhile, many of their fans couldn't contain their excitement over the moment, sharing how they can relate. "Melts your heart best thing ever," one person wrote.

Another shared: "It's such a rewarding moment when they do that," followed by four heart eyes emojis.

"special moments like this make your heart fill with love," a third said with three red heart emojis, while a fourth added: "Best feeling in the world that no money can buy," with a red heart emoji.

It comes after Georgia recently told OK! specialists have informed her that son Brody has a “high percentage” of inheriting Tommy’s ADHD condition.

The former TOWIE star said she feared for Brody, particularly through his school years, after seeing what her fiancé had been through. But Georgia vowed that they would be able to cope now they have the knowledge since Tommy’s diagnosis.

Speaking exclusively to OK!, she said: “The percentage is high. You don’t want your child having a cold… I have lived with how hard it has been for Tommy and I wouldn’t want to put my child through that.

“Obviously on the flip side Tommy has done unbelievably well. There are two sides to it. I want Brody to have the most straightforward life there can be. If he has got it, we know about it, and knowledge is power.”

She continued: “The specialist has said to me, ‘If your child has got it – find their passion – and they succeed 110 per cent.’

“I would be lying to say I am ecstatic about it. There are going to be times at school when I can’t protect him. That will break my heart. But it is what it is. If he has got it, we will deal with it.”