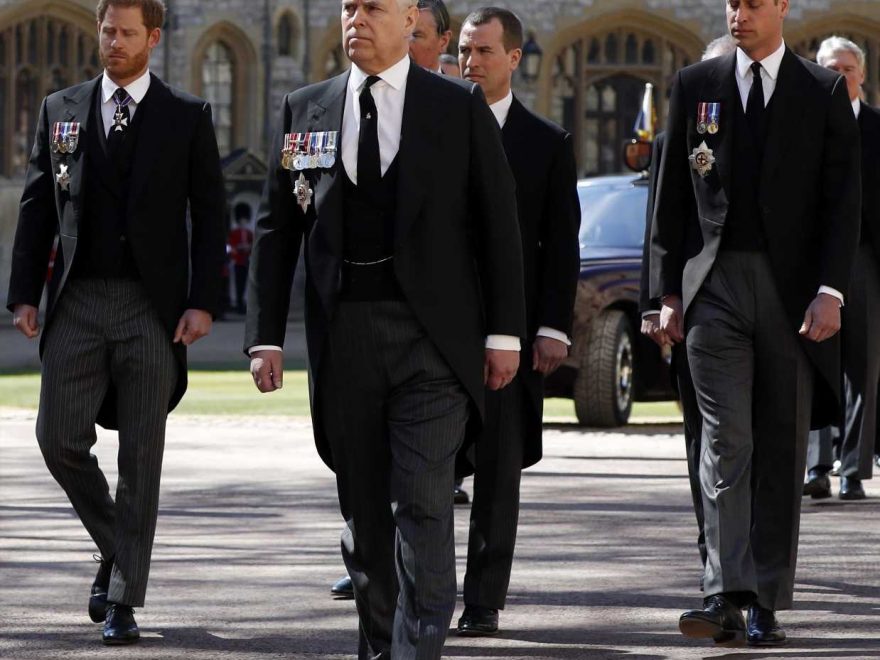 Say what you will about fashion, there’s no denying the power of what you wear in certain situations. That’s why the royal family was faced with a bit of a dilemma in the days prior to Prince Philip’s funeral this morning (or afternoon, in the UK). Though he served two tours in Afghanistan, when Prince Harry stepped down as a senior working royal, he was stripped of his honorary military titles. That means, officially, he’s a civilian. And that means he’s not permitted to wear a military uniform to the funeral—though displaying his medals is still allowed.

It’s believed that rather than contend with embarrassing Harry or the family at large, or stirring up any sort of controversy, the royal family decided it was best that no one in attendance wear a military uniform. It’s a break with many years of tradition, but all the men at Prince Philip’s funeral are instead wearing morning dress. That translates to coats with tails, vests, striped trousers, and the lot—the civilian standard for fully formal day dress. (There’s also some speculation that the move away from uniforms had to do with Prince Andrew wanting to wear an admiral’s uniform, despite deferring his promotion to that rank.)

“Members of the Royal Family will be wearing Morning Coat with medals or Day Dress. That’s to say Members of the Royal Family will not be in military uniform,” a spokesman told Town & Country. The effect is certainly different—that’s the power of clothing choice, after all—but it’s unified. Right now, that seems to be exactly the image the royal family wants to project.