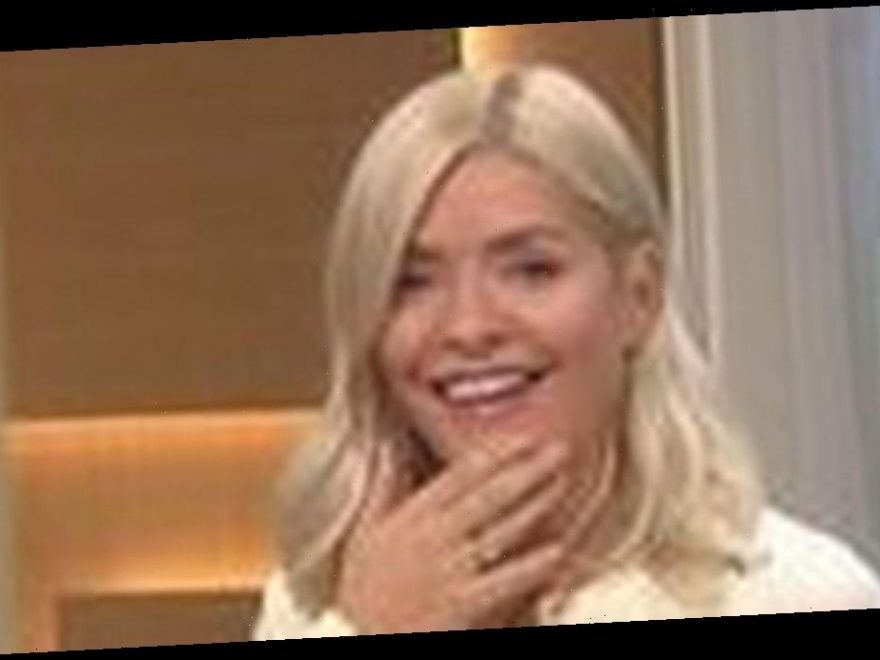 Holly Willoughby has expressed her sadness for Arsenal FC mascot Gunnersaurus after it was revealed he had been given the boot.

The 39-year-old mum-of-three shared an adorable tribute to the dinosaur on her Instagram with a cute throwback picture of the pair.

Holly can be seen wearing a white dress, complete with a tiara while standing next to the large mascot at her son Harry's first birthday party.

"So very very sad to hear the news that @officialgunnersaurus has been released by Arsenal. He was at my son Harry's 1st birthday and he's a hero in our house! He'll never be extinct in our eyes. Bring back Gunnersaurus! #dinohero #legend," she wrote.

The post comes a week after the This Morning host revealed that there is a football rivalry in her household with her husband of 13 years Daniel Baldwin supporting Arsenal, while six-year-old son Chester choosing to support Chelsea.

Holly made the revelation when she posted a picture of youngest child Chester celebrating his birthday with a two-tiered Chelsea football club cake, much to the frustration of her husband Dan.

Keep up-to-date with all the very latest celebrity, health, beauty, parenting and entertainment news with the OK! app

Only select news that interests you by picking the topics you want to display on the app's homepage.

Go behind the scenes on your favourite OK! shoots, take a look inside your favourite star's homes and be introduced to their new babies before anyone else!

"If anyone knows my @arsenal loving husband you'll know how much this Cake for Chesters birthday is killing him. I blame you entirely @franklampard," the telly host jokingly wrote for the caption of the picture.

After being a mascot for the professional football club for 27 years and loved by plenty of footie fans, Arsenal have decided to let Gunnersaurus go in order to cut costs due to the coronavirus pandemic.

The man behind the mask, Jerry Quy, has been carrying out his role as the dinosaur since it was first created in 1993.

Holly wasn't the only celebrity to express their sorrow at the mascot's departure with Piers Morgan sharing a throwback picture with the dinosaur on his Twitter.

Sharing his disbelief, Piers tweeted, "You're going nowhere @Gunnersaurus. I refuse to let @Arsenal sack you. Come on @m8arteta @Aubameyang7 – this is not what our club is about #savegunnersaurus."

Former Arsenal player Ian Wright tweeted, "Terrible news. Love you Jerry @Gunnersaurus.", while funny man Jack Whitehall shared a photo of himself as a child with the mascot and wrote, "The streets will never forget. gunnersaurus @Arsenal."