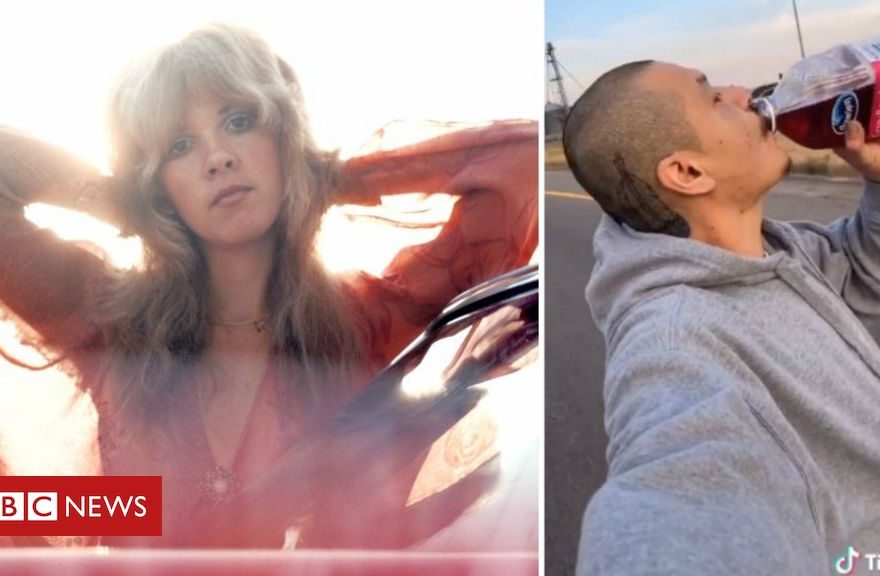 A 1977 Fleetwood Mac song has recorded its biggest ever week on streaming services, thanks to a TikTok video.

Dreams entered Spotify’s Top 40 most-played songs on Tuesday, nestling up against hits by AJ Tracey and Cardi B.

The revival started with a viral video of a middle-aged man skateboarding to the song and lip-syncing Stevie Nicks’s vocals – while occasionally swigging from a bottle of cranberry juice.

Last week, Dreams returned to the UK Top 100 at number 85, marking its first appearance in the charts since 2011, when the TV show Glee devoted an episode to Fleetwood Mac’s Rumours album. It is expected to climb the charts again this Friday.

Even without the help of viral memes, Fleetwood Mac’s back catalogue is a consistent performer on streaming services.

According to the BPI, Dreams was streamed 24.2 million times last year, making it one of the most-played 1970s songs.

Apodaca’s video, meanwhile has been watched more than 50 million times across all platforms since he posted it 10 days ago.

The 37-year-old, who works as a labourer at a potato warehouse and lives in a trailer outside his brother’s house, has subsequently been swamped with interview requests, while rapper Travis Scott has asked him to make a promotional video.

Speaking to his local newspaper, Apodaca said he had received more than $20,000 (£15,400) in donations from viewers since his video took off. He gave $5,000 to his mother and bought his dad a truck.

Only his sister turned him down. “She’s like, ‘I’m stable enough, you do you, as soon as you get your house and you’re stable then you can go ahead and give me something,'” he said.

Apodaca said he originally filmed the Dreams video after his car battery died on the way to work.

The clip, which was captioned “morning vibe” was shot in a single take and uploaded before his shift started. By lunchtime, Apodaca had received a million views on TikTok.

Mick Fleetwood joined TikTok and uploaded his own version on Sunday, saying Apodaca “had it right… Dreams and cranberry just hits different”.

Had way to much fun with this!! More to come Xx MF. #Dreams #cranberrydreams #Fleetwoodmac @doggface208 think we could find a Tandem bike?

Had way to much fun with this!! More to come Xx MF. #Dreams #cranberrydreams #Fleetwoodmac @doggface208 think we could find a Tandem bike?

“Yoooo,” wrote Apodaca in a comment under the video. “So dope and blessed. Stay steady vibin’ homie.”

Fleetwood replied: “Maybe when all this Covid business is over, we create one together.”