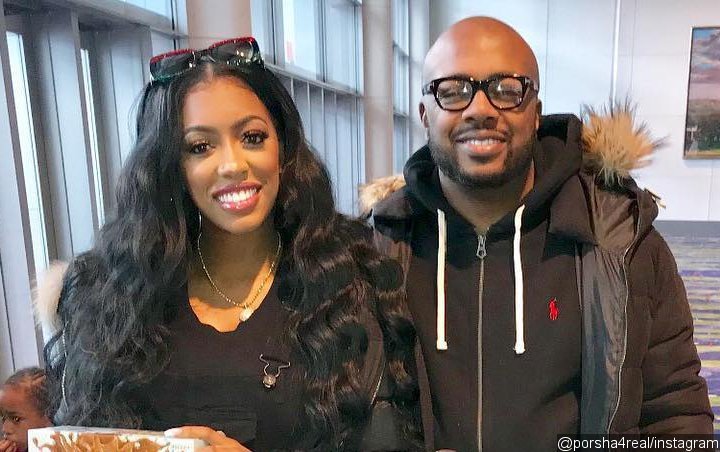 Despite the tension, they allegedly ‘still film together’ for the next season of Bravo’s ‘The Real Housewives of Atlanta,’ though the businessman ‘has been in very minimal scenes.’

AceShowbiz -There are a lot rumors surrounding Porsha Williams and ex-fiance Dennis McKinley. One moment, “The Real Housewives of Atlanta” star was reportedly giving Dennis a new chance, and one other moment, it was said that Dennis moved on for good. And judging by a new report, it seemed like it was more of the latter.

A source claimed to Radar Online that Porsha’s relationship with her baby daddy was an “ice-cold” one after he was rumored to be cheating on her. “They don’t really spend any time together except when they are co-parenting,” the insider said of the former couple, who shares 4-month-old Pilar Jhena.

Despite the tension, the source noted that they “still film together” for the next season of “The Real Housewives of Atlanta”. “She has filmed with him a few times at her house,” continued the source, adding that the businessman “has been in very minimal scenes.”

It was also said that Porsha was never left alone with Dennis. “When he’s there for filming her mom or sister is always there,” added the source. While Kenya Moore‘s drama with husband Marc Daly got her fired from the show, the informant assured that Porsha’s peach was safe. Instead, the producers allegedly thought “it is a really good storyline for Porsha and it’s great drama for TV.”

Porsha called off her engagement to Dennis after it was reported that Dennis had an affair with “WAGS Atlanta” star Sincerely Ward. Recently, Dennis sparked rumors that he might have found a new lady after he took to his Instagram account on Saturday, July 20 to share a photo of him and a beautiful woman which was taken at his nightclub.

The photo featured the businessman posing with the mystery woman as the two flashed big smiles to the camera. The lady looked gorgeous in a red dress, while Dennis looked dapper in a white shirt and a gray blazer. While the two didn’t show any PDAs, fans seemingly assumed that the woman was Dennis’ new romantic interest.