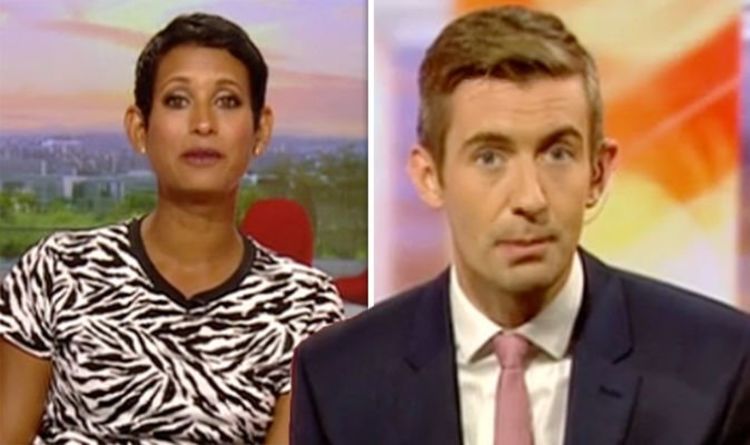 Today’s BBC Breakfast was presented by Charlie Stayt and Naga Munchetty, who revealed they had been having some “problems” on the show.

Many of these tuning into the news programme are used to seeing the time displayed in the bottom right-hand corner of the screen.

But for the first hour of the show, it was missing from screens with Naga explaining they were suffering from some technical difficulties.

Fortunately, Ben Thompson was on hand to step in and help with the issue for one section of the show.

“Now it is 12 minutes past six but you perhaps if you’re watching and relying on us to see, there the clock would normally be there wouldn’t it,” Naga began pointing to the right hand corner of the screen.

“We’ve had a few technical problems this morning so we haven’t got a clock yet. They are working on it and trying to batter the technical gremlins and get the clock back.”

“Is it weather related? Has the hot weather gotten to the clock people?” co-host Charlie joked.

About 10 minutes later, reporter Ben joined the team to update them on the latest business news and he arrived with a gift.

Pulling out an analogue clock, he placed it on the desk so viewers could keep track of the time.

“Can I just say, I’ve fixed your clock problem because I know for those watching us this morning for the clock, good morning, because you need to get ready for work and school, so I’ll just leave that there,” he said. 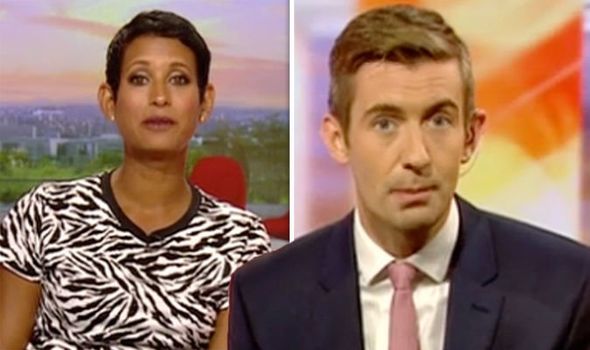 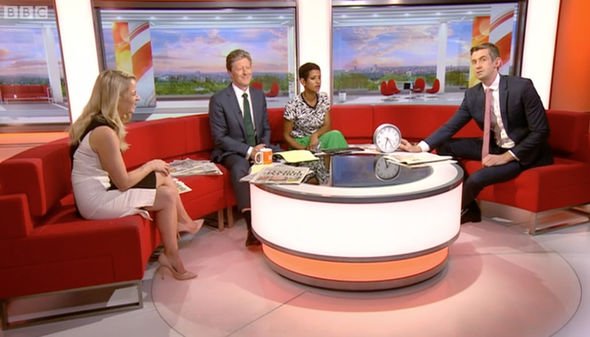 Naga and Charlie were thrilled with the clock and were quick to make sure Ben put it in the correct place on the desk.

“If you could stay there with your hand for the next two hours and 45 minutes,” Charlie laughed.

As the hosts turned back to get on with the show, Ben rolled his eyes and he teased: “The things I do for this programme.”

Many of those tuning into the programme were quick to comment on the replacement, with one tweeting: “#bbcbreakfast 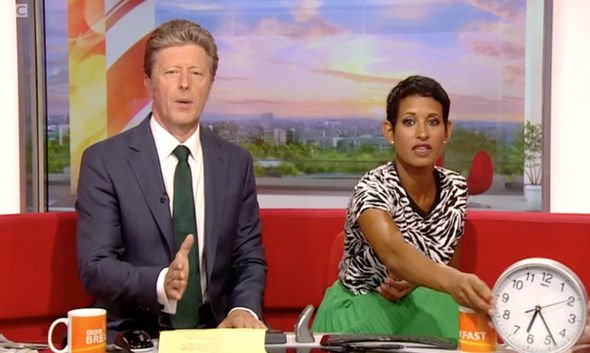 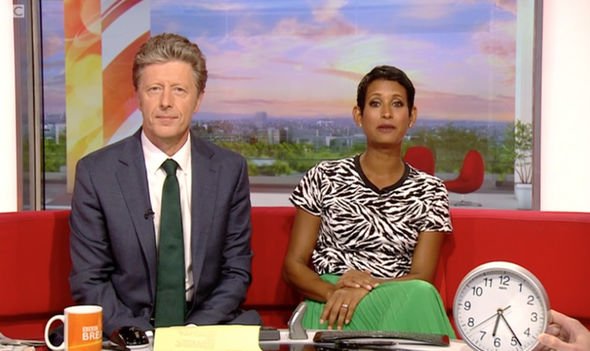 Fortunately for Ben – and viewers – the clock returned to television screens around seven o’clock.

On yesterday’s show, viewers were disappointed to see one reporter using a single-use plastic bottle during a segment on how to stay cool in the hot weather.

The country as a whole is trying to reduce the use of single-use plastic so seeing a reporter holding the plastic bottle instead of a reusable cup infuriated many.

“Can’t believe that @BBCBreakfast are saying that we need water in a SINGLE USE plastic #notgreen #notoplastic #killingtheplanet #resuseandrecycle,” one viewer raged.

BBC Breakfast airs weekdays on BBC One at 6am.