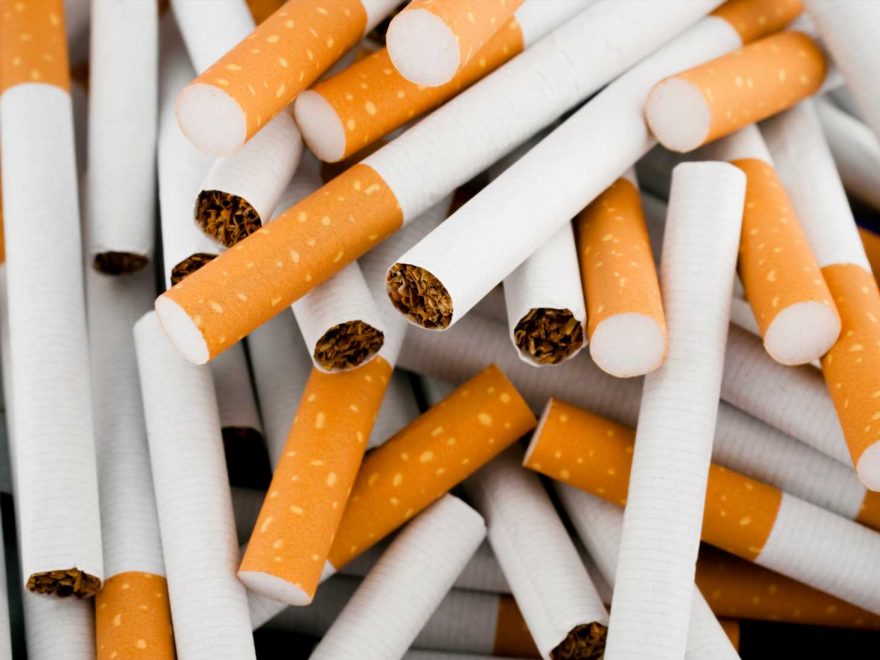 TOBACCO manufacturers have hiked the prices of cigarettes and tobacco by up to 50 per cent more than they needed to under tax changes, according to new research.

"Roll your own" tobacco had the highest retail price rises bumped by the industry at 48 per cent between 2013 and 2015, compared to 33 per cent for manufactured cigarettes. 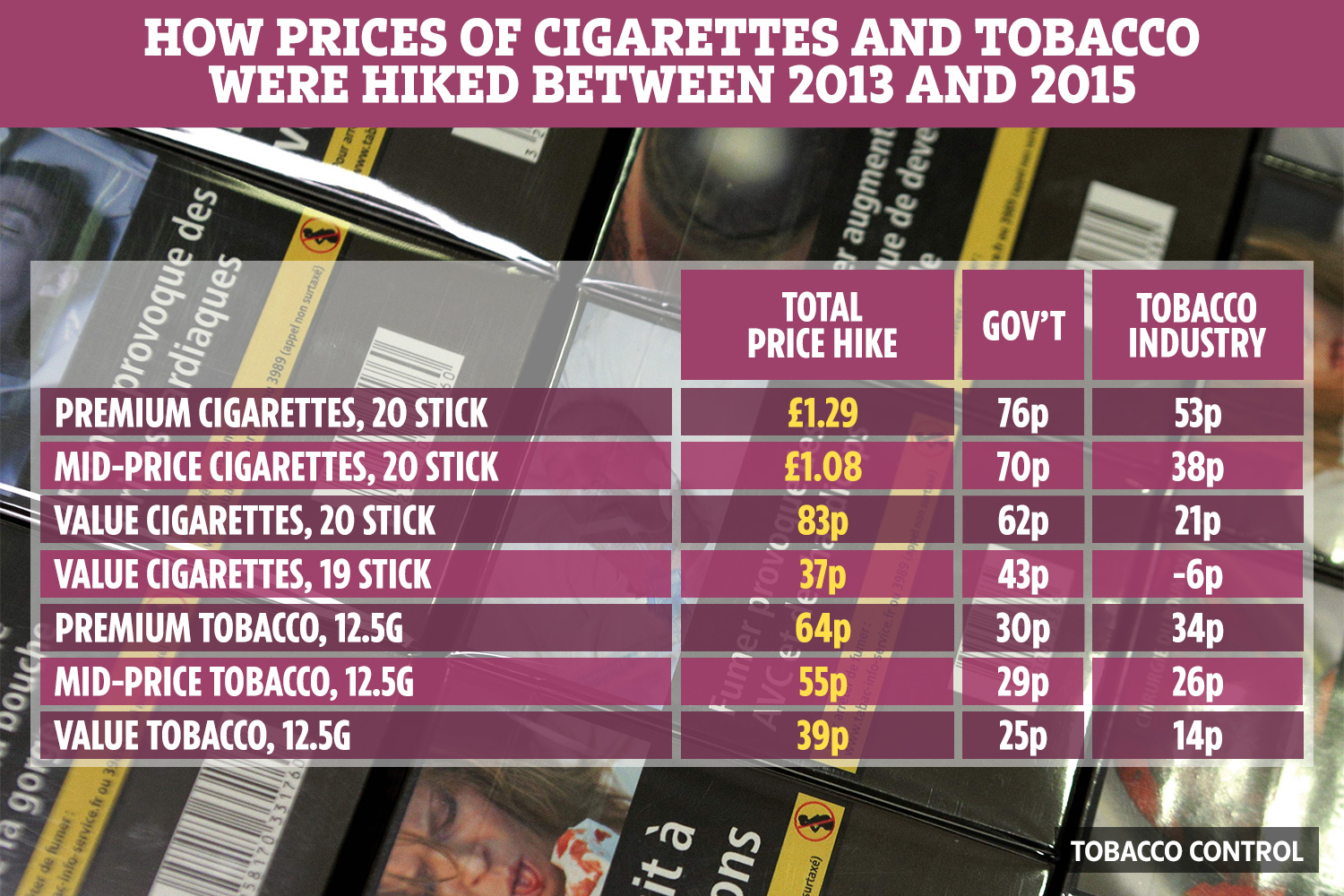 For example, the price of a premium 12.5g pack of tobacco increased by 64p during the time, of which 30p was due to government taxes and 34p driven by the industry itself, research published in the BMJ journal Tobacco Control today found.

This compares to a price hike of £1.29 on premium cigarettes, as the government increased the taxes by 76p while the tobacco giants also added an extra 53p to the price.

In between 2010 and 2012, the changes were smaller with the biggest increase seen on a 20-pack of value cigarettes, which rose by 93p due to taxes and 19p by the manufacturers.

Among the tobacco, the mid-price packs increased by 60p in total – 47p due to taxes and 13p because of the tobacco industry. 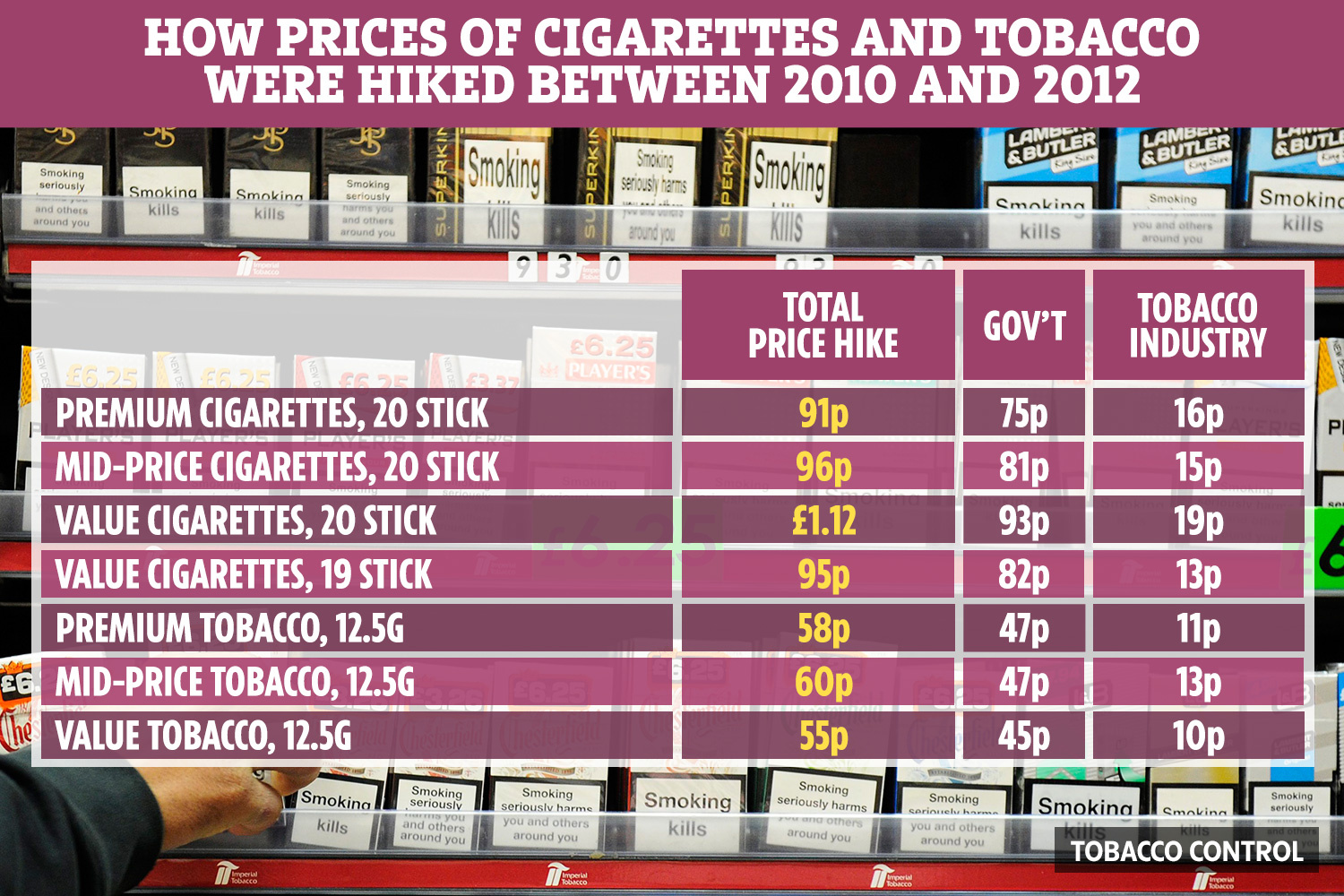 Overall, the industry bumped up retail prices by 16 and 20 per cent on manufactured cigarettes and tobacco respectively during the time.

Higher retail prices, often created by tobacco taxes, are common ways to try and reduce tobacco use among Brits.

Yet the tobacco giants have claimed that price rises fuel the illegal tobacco trade ⎼ an argument they have used to lobby against tax hikes, according to the researchers.

Rob Branston from the University of Bath and Ann McNeill from King's College London analysed UK data on inflation, tax rates, and sales of the most popular tobacco packs and cigarettes to explore when price rises since 2010 have been due to tax increases or industry moves to boost profit.

A spokesperson for Imperial Tobacco said: "We aim to strike the right balance between meeting the expectations of customers, supporting retailers and maintaining profitability, through small price increases, for the benefit of shareholders.

"In our experience, key drivers of the illicit tobacco trade include high excise relative to neighbouring countries and large price shocks caused by aggressive excise policies."

While a spokesperson for British American Tobacco said: "Our pricing decisions are simply recommended retail prices and under UK law, retailers take the final decision on what price to charge consumers.

"Like all businesses, regardless of what is sold, our recommended retail prices reflect the increasing costs of an international supply chain which includes increasing costs associated with manufacturing, transportation and distribution of tobacco products."

Japan Tobacco International referred us to the TMA, which haven't yet got back to us.

A packet of fags could cost £20 by 2020 because cigarettes ‘are too affordable’ to deter smokers, according to experts.

At the same time, arlboro has vowed to phase out traditional cigarettes in favour of "smoke-free" products.

In June, England's top doctor said e-cigarettes should be BANNED in public.