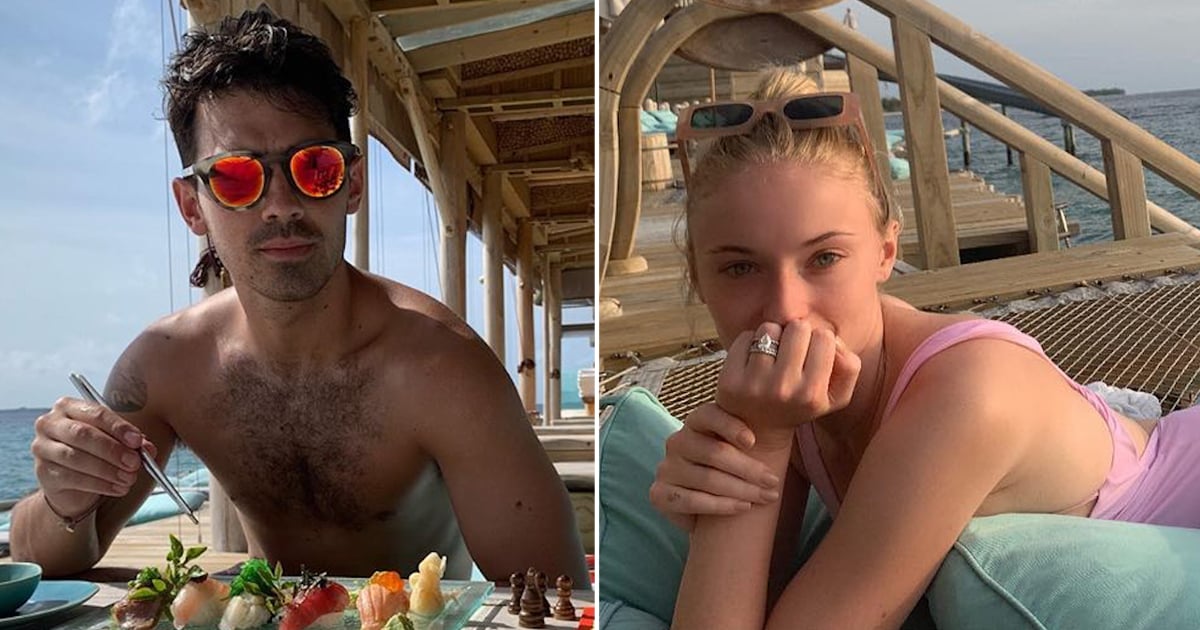 Joe Jonas, 29, and Sophie Turner, 23, are celebrating the married life with a romantic honeymoon! On Sunday, the newlyweds shared a handful of gorgeous snaps of them relaxing on a tropical getaway in Maldives. One shot shows Sophie rocking a pink bathing suit and lying on a hammock while another shows the Game of Thrones actress in a t-shirt and shorts looking out toward the ocean. A shirtless Joe also took in the beautiful scenery and enjoyed slipping down a giant slide into the ocean. While Joe captioned his post, “I found happiness” — a reference to the latest Jonas Brothers album, of course — Sophie also expressed joy on her roundup of pictures, writing, “Such a magical place.”

Joe and Sophie — who met through social media in 2016 and got engaged the following year — officially tied the knot in a Las Vegas wedding in May after the Billboard Music Awards. However, they held a traditional ceremony in the South of France on June 29 where they were surrounded by friends and family — including their adorable dog, Porky Basquiat!