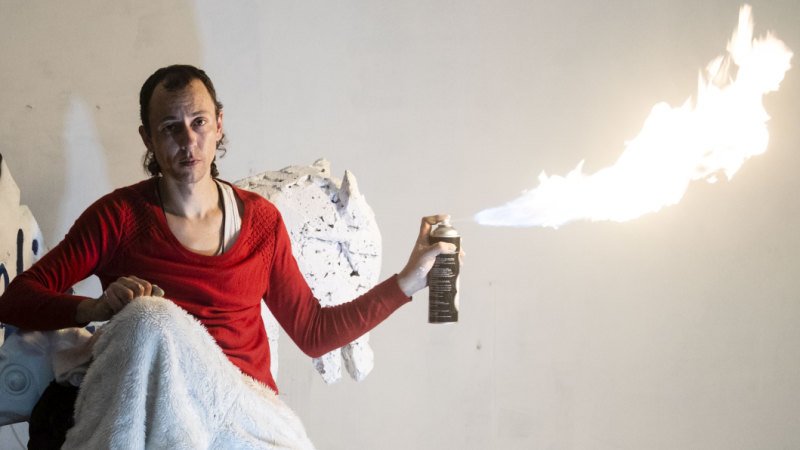 Ten years ago, the artist who has toured all over the world creating legal, semi-legal and most definitely illegal public artworks, shut down the Cross to create a one-night-only installation of artwork in the heart of the red light district.

A decade later post-lockout laws, Anthony Lister is turning the lights back on for a week-long, free exhibition of sculptures, paintings and lighting installations. 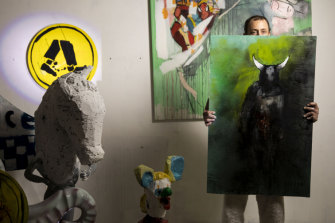 Artist Antony Lister in the derelict space that holds his art show.Credit:Dominic Lorrimer

As to why he revisited the same area 10 years later, Lister is a big believer in milestones – he says they give people an opportunity to reflect and celebrate.

"Also, the fact [the Cross] was so dead. I saw that the neon lights were out and it made me think about it. Then I saw the For Lease sign on the [Porky’s stripclub] building and I simply made a call. It seemed really right." 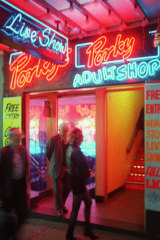 Porkys, where Anthony Lister’s show will be held, in 1997.Credit:Adam Pretty

It was the once-craziness of Kings Cross that informed Lister’s thinking around this exhibition.

"In the first place what I wanted to do was build a show around an atmosphere that already existed," he says. "And the red light district just seemed to be most alive."

But the reality of what was once a harbour for criminals, cops, lost souls and bohemians is a let down for the artist today.

"It’s more sad than disappointing. Disappointment would suggest there was somebody to blame for it and I’m not sure I even know the factors that put Kings Cross in the place that it is now, but it’s just sad to see so much life missing."

The idea behind his latest exhibition, Culture Is Over, to take place on the old Porky’s strip club site, is to create a sense of the past.

"I mean [the Cross] is still alive at night and on the weekend sometimes but it feels very controlled," says Lister, whose artworks will start at $150, and top out at $17,500. Half the pieces have already been sold.

"Even if the police presence isn’t around it just feels like lots of things have shut down and that does something for a community’s morale." 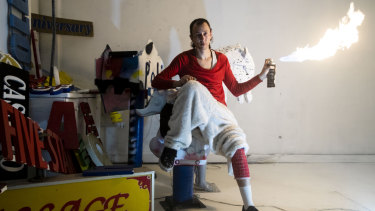 Lister wonders for a moment if it might be a more accurate representation of the current state of play to keep the lights off and lead people into the abandoned strip club/brothel the way he initially found it – an abandoned building filled with garbage.

"But," he says, "I will build a show and make it look beautiful and amazing."

Culture Is Over runs from Wednesday to July 19.