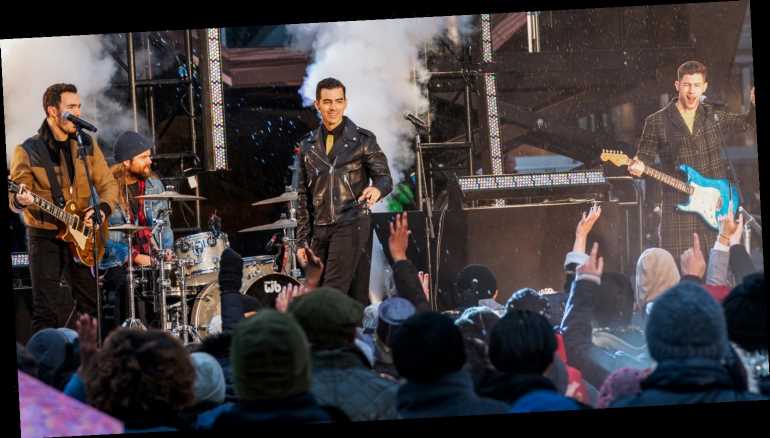 The Jonas Brothers are making a cameo in the upcoming new show Dash & Lily!

Nick, Joe and Kevin perform their song “Like It’s Christmas” in an episode of the Netflix series, which Nick actually serves as a producer.

The clip also features two of the stars of the show, Austin Abrams and Dante Brown. Nick will also have his own cameo in the same episode.

“Nick and I started kicking around what at the time seemed like a crazy idea,” producer Shawn Levy told THR. “The scripts were written. We were already making the show, and Nick and I were like, ‘Hey, wouldn’t it be fun if we invented this sequence where they go to see you in concert, and then somehow they end up in your dressing room?’ and the whole idea was hatched backstage at the Hollywood Bowl in the middle of production, and then everyone scrambled and made it happen a month later.”

“I think he thought I was kidding at first, or maybe that it was the tequila talking. But I just felt like, Yeah, why not? I mean, I’m a part of it already,” Nick also shared with THR. “So it would make perfect sense to figure out the scheduling and it was actually not an easy thing to accomplish because the tour was already pretty busy. And then to make that happen was a difficult thing from a scheduling perspective. But I think it was a really nice thing to get to do and to have the brothers open up their schedules too throughout the day we were shooting to go and do it meant a lot and I’m glad it all came together.”